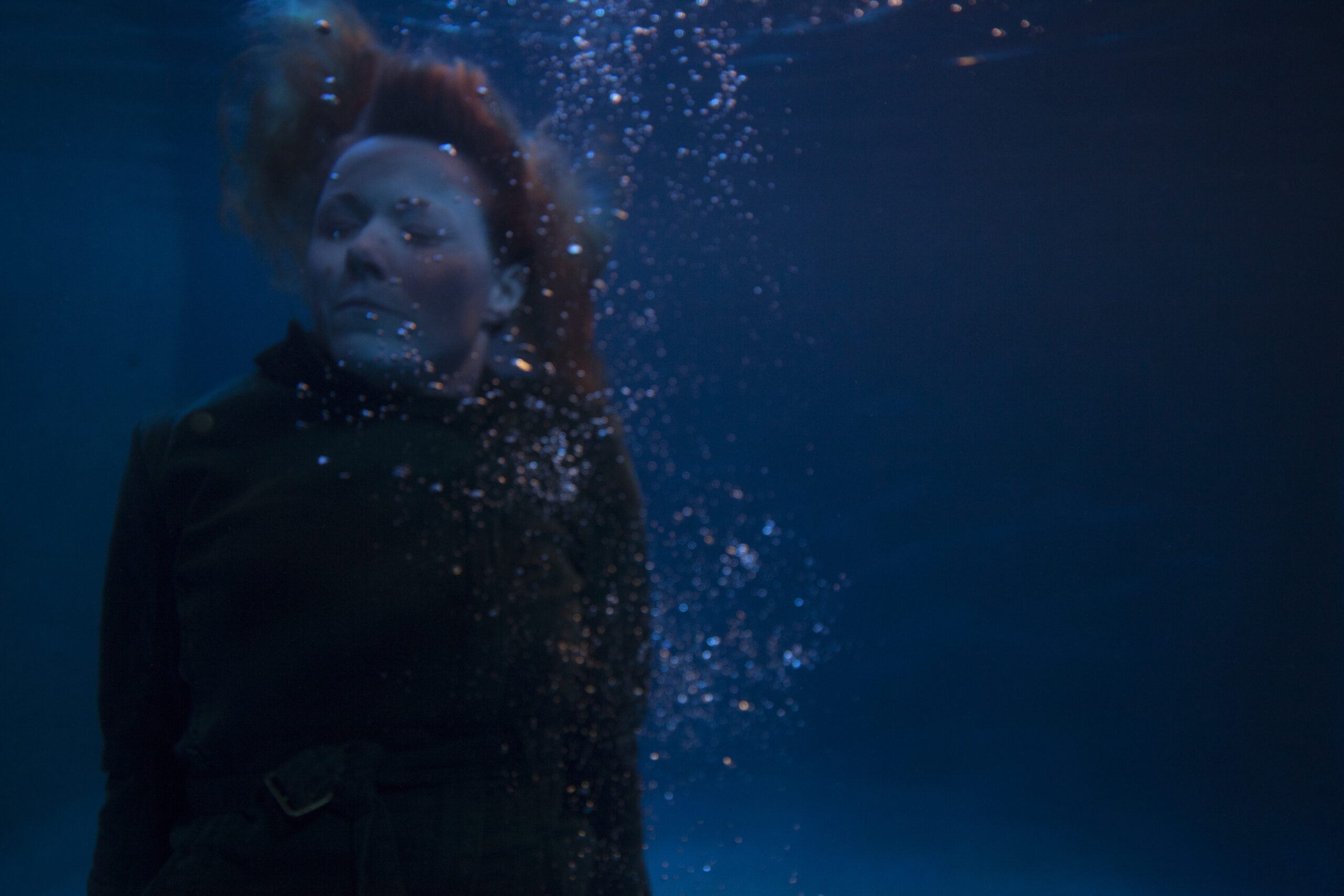 Lately, I have noticed that a lot of people go missing over the years, and nobody knows where they end up. Except for the occasional appearance somewhere in a distant location. It’s quite a tragedy. I personally know one person who has lost a family member that never returned. It’s quite sad. It’s disheartening when you don’t hear any word from the police and they leave you hanging regarding a case. I’ll admit right now I’m in a similar predicament but with some missing funds. This movie is about the disappearance of a man named Isaac (Luke Robinson). Our protagonist Jamie (Fiona Graham) who was his girlfriend tries getting into contact with anyone who knew him but can’t seem to find a clue. Every single day she is reminded of him in some weird way. She also has disturbing flashbacks of finding her mother drowned in the bathtub. Suddenly one night, she finally comes across Isaac but he’s too panicky to have a conversation with her. All he does is talk nonsense is being able to travel through portals in water almost like it’s got the physics of sci-fi animation, or any animation for that matter. The movie also shows us how Jamie and Isaac got together after his discovery of alternate universes, and the two have a discussion on how parallel universes are created through decisions. Oh, boy. Rick and Morty fans probably have all kinds of discussions about this.

Shortly afterward, Jamie is brought to the police station where they reveal he has washed up on the shore, dead. Now that he’s been found, it’s been stated his death was a homicide and Jamie struggles to cope with this issue. Her colleague and close friend Marc (Sebastian Deery) comes there to show how supportive he can be and gives her tickets to Sao Miguel so that she can take a trip out of town to clear her mind. Before leaving, she takes one last look through Jamie’s abandoned home and comes across some clues as to what Issac has been doing on his multiverse mission. Then while she’s clearing her mind, she also uses the hints on the map to try and find Isaac which only results in further stress and leads to mental breakdowns and even more Isaac flashbacks. Eventually, Isaac’s old colleague Renata (Stacey Bernstein) comes by and talks to Jamie as this is a very critical matter, even trying to get the notebook Jamie discovered, and Jamie starts to lose her mind as she sees more and more of herself and Jamie. With no way out of this nightmare, or this world, Jamie continues to struggle as she continues to looks for clues. What she finds is unsettling, and really begins to warp reality even further. What does it mean? This looks like a mystery for both Jamie and Renata to figure out… before things get even more messed up.

The one way to describe this film is… different. Different as in it’s science fiction, with a lot of crazy unexpected twists but without all the cool gizmos, gadgets, and creatures that look like my childhood drawings. No, it’s a completely different focus, being on a study of infinite timelines and alternate universes, something that fascinated me in high school. Not really much travel involved, but you get an idea of what’s going on. But it’s not only the plot that’s fantastical, it’s how Virginia Abramovitch delivered it and got it made. With the addition of scenic land shots, colourful locations with vegetation, and ultra-awesome underwater scenes, Between Waves may be the coolest thing ever made in science fiction. Maybe this is how it’s meant how to be done. Roiland and Harmon, take note of this.

Great film, Great story, Great actors, Great shots. A good film worth checking out, but keep an eye out for another you. You never know just what they might do to you for their own weird reasons. whether it be to make up for loss in casinochan from their dimensions, or maybe just pure reasons of malice