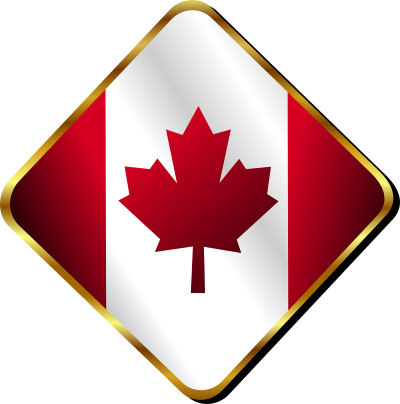 There’re a lot of cool films that are shot in Canada, some of which you might’ve seen in your local city, or even some that you had no idea had been filmed there. Even TV series get a chance to be filmed for long periods of time in big cities like Toronto or Vancouver. Here are a few examples of TV shows and movies that got filmed on Canadian soil.

The Flash – Marvel movies are cool, but DC comics go beyond just movies and move on to make TV series about the heroes and villains in their universe, who are quite large in numbers. We’ve had everyone’s favourites like Batman and Superman get so many adaptations in animated and live-action media but we never get to see some of the other DC heroes get a whole lot of recognition. Unless we’re talking about Superfriends or Justice League adventures. Let’s focus on The Flash, one of the fastest characters out there. He’s so fast, he can outrun the Speed of light, and he had a series that has lasted about 8 seasons so far. It all started when Barry Allen got struck by lightning putting him in a coma. When he awakens, he discovers he has the power of lightning-fast speed. With his newfound power, he becomes the Flash and fights crime in Central City. There are all kinds of dangers out there, and it’s good that someone super fast can rush to the scene of the crime to stop things from getting out of hand faster than usual. This great series holds a 7.6/10 on IMDB and boasts a great cast of talents such as Grant Gustin, Candice Patton, Danielle Panabaker, and Tom Cavanagh. Despite some hiccups during Season 6, the cast and crew of The Flash advanced with rocket speed and managed to continue on with production, an interesting fact.

Gotham Knights – While we’re on the subject, of DC Comics, let’s go into another TV series that focuses on the dark city that is home of the Dark Knight. Batman has died (now where have we heard that before?) and the son of Bruce Wayne decides to unite with other kids who all happen to be children of Batman’s enemies. Kind of impressive that some of these villains had reproduced. Together they are known as the Gotham Knights, saving the city from whatever scary and dangerous problems are out there. While it hasn’t premiered yet, BTS photos show that it could be a promising series. It features well-established actors such as Misha Collins, Navia Ziraili Robinson, and Oscar Morgan. Personally, I feel that Batman’s villains have all been misunderstood, and having a man in black leather constantly nab them wasn’t entirely necessary given some of their conditions, especially most of them being neurodivergent. Check this infographic on Batman’s villains and you’ll be surprised at what else you might learn about some of them.

Suits – Here’s something new and so crazy that it’s interesting. The story of a college dropout who got involved in a drug deal that went horribly really quickly. Mike Ross is now running after that incident and looking for somewhere else to turn. Somehow he ends up doing business with a lawyer, one of the best in New York City even. With an IMDB rating of 8.5/10 and great actors like Gabriel Macht, Patrick J. Adams, and Meghan Markle, Suits is a suitable series that suits a lot of viewers suitably. Interesting fact, it looks like it was shot in New York, but it was actually filmed in Toronto. Both Toronto and Vancouver bear a good resemblance to New York even if there isn’t a giant statue of a lady there.

Good Will Hunting – Now let’s talk about movies. With a name like that, one would think it’s a hunting-type movie, but nope, it’s about a janitor at MIT named Will Hunting. He’s great with mathematics making basic calculating seem like a walk to the mailbox for him. But he lacks life direction and needs a psychologist to send him on the right path through life. For someone who can solve problems, he can’t solve his own. We all know someone like that. With a tremendous rating of 8.3/10 and a super cool cast consisting of Canadian legend Robin Williams, alongside Matt Damon as Will, the film is a heartwarming flick that shows you how to get through life and how you might even find your soulmate by chance. Despite taking place at MIT, this film actually got some interesting scenes shot at the University of Toronto. How about that?

Chicago – Velma Kelly and Roxie Hart are two troublesome murderous ladies who have gone to death row and find themselves together. Velma killed her husband and her sister when she realized they were seeing each other, and Roxie killed her boyfriend when she realized he wasn’t going to help her with her dream of becoming a famous movie star. Instead of sharing and comparing their experiences and seeing how they could unite somehow, the two ladies compete for fame in an attempt to save them from being hung, as this takes place in the 1920s. Chicago hosts a rating of 7.2/10 on IMDB and the two lovely ladies are portrayed by Renee Zellweger and Catherine Zeta-Jones. I think the most interesting fact about this film is despite the title, it’s not shot in Chicago, it was majorly filmed in Toronto.