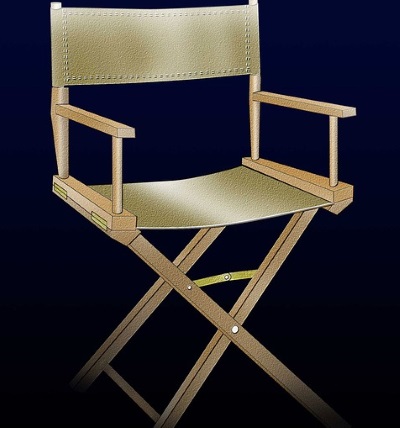 Canadian cinema possesses an undeniably longstanding tradition, and has been home to some of the most significant and influential figures working in the industry today. Here is my list of the Top 5 Canadian Directors:

I begin with one of the most predictable entries on my list, which may aggravate some, but honestly, has there ever been a Canadian director who contributed more to the art of cinema, as a whole, than James Cameron? Rhetorical questions aside, Cameron has continuously strived to push the boundaries of high concept cinema.

Right from his 1984 debut with The Terminator, Cameron has insisted on weaving intricate high-stakes storytelling with game-changing visual effects, to the wonderment of millions across the world. And I mean millions! Two of Cameron’s features, Titanic and Avatar, are the highest grossing films of all time, with the latter claiming the top spot with a whopping $2.788 billion (USD) at the global box office.

Cameron has this rare ability to coalesce big-budget visuals with meaningful narratives, which has evidently resounded with audiences in ways that no other director has managed before. Whether you love him or hate him, it is difficult to deny that Cameron has earned his place not just amongst the most accomplished Canadian filmmakers of all time, but the most accomplished period, and for that reason there is no better candidate to open up this list…for now.

I say for now, because my next entry could potentially overtake Cameron’s status in the years to come. Denis Villeneuve has been steadily establishing himself as the Canadian king of big budget, high concept cinema, and ever since his 2016 science fiction feature Arrival, is one of the most sought after directors in Hollywood today, and for good reason.

Villeneuve came from humble beginnings, directing several relatively low-budget Quebecois films such as Maelstrom and Polytechnique, before gaining significant international attention with the Oscar-nominated Incendies. Villeneuve then made his first foray into English-language cinema with the taught mini-masterpiece Prisoners, paving the way for further opportunities, before landing the gig of a lifetime: Blade Runner 2049.

Critics were quick to use terms such as “instant classic,” and “one of the greatest sequels ever made” for Villeneuve’s work, and if Arrival helped establish the director as the powerhouse he is today, then Blade Runner 2049 certainly solidified this label.

It is also worth noting that the 2014 release Enemy shows a discernible versatility to the director, opting to use his style as a means of capturing the surreal, in the hopes of exposing the unadulterated psyche. The turn earned the director praise, albeit in a more reserved manner than usual, while also being compared to the master of surrealist cinema, David Lynch. This is a particularly interesting comparison to make, given Vileneuve has been tapped to direct his own adaptation of Frank Herbert’s science fiction novel Dune, which was infamously adapted by Lynch in the 1980s.

David Cronenberg is a veteran director who has earned as much of a place on this list as James Cameron, given his own influence on the horror genre both domestically and internationally.

Nicknamed the “Godfather of Body Horror,” Cronenberg is particularly renowned for his visual affronts to the body, whether it be through transformation, technology, infection or otherwise. Cronenberg is certainly not one to dilute his excessive visuals, which evokes in the viewer a visceral sense of discomfort.

Although his earlier works can be hit-and-miss, they certainly set a precedent for future horrors of a similar nature, with the likes of Hellraiser, Cabin Fever, and Saw all drawing from the same well. This precedent also laid the foundations for some of his own most accomplished works, namely The Fly, which is the bona fide realisation of the very genre he helped create, and one of the greatest horror films of all time.

Cronenberg’s fixation upon the body has also made for some truly compelling dramatic turns from the director, such Eastern Promises and A History of Violence. The latter of the two, in my opinion, is one of the most underrated masterpieces of 21st century cinema, standing as an unwavering and brutal meditation on the nature of violence itself, and I believe no other director could have embodied this ideal better than Cronenberg. It stands as further evidence that even 40-plus years into his career, David Cronenberg should never be underestimated.

Many a director has endeavoured to tackle weighty subjects, from death to alienation, but more often than not they can get lost in the complexity of it all, coming off instead as heavy-handed and overly sentimental. Atom Egoyan, on the other hand, possesses a comprehensive understanding of the human condition like few others, with an uncanny ability to empathetically project his subject matter on the silver screen.

It is no wonder then that Egoyan’s films tend to centre around sex, love, and/or loss, themes he has been building upon since his early career in the 1980s and early 1990s, with works such as Speaking Parts and The Adjuster, before gaining the international recognition he deserves with 1994’s Exotica.

Egoyan was then able to build on this success with his unquestionable magnum opus, The Sweet Hereafter, a heartrending piece entrenched in tragedy. Yet, there is a perceptible grace to it that never, not even for a fleeting moment, threatens to buckle under the weight of its masterfully conveyed thematics.

Some of the director’s later works have proven that even Egoyan can be susceptible to the whims of misbalanced drama, but his distinguished earlier works, in particular, are more than enough to place Egoyan as one of the all-time Canadian greats.

Somewhat surprisingly though, Egoyan has never been a heavyweight at the box office (his highest grossing film made a little under $12 million), but his films have nonetheless been known to feature some of the greatest acting talents that Canada has to offer, including Bruce Greenwood, Elias Koteas, Christopher Plummer, and even a young Sarah Polley.

Speaking of which, this list was originally intended to be compiled of 4 directors, and while there were directors whose inclusion was unavoidable, there was one person who I simply could not ignore, and that is Sarah Polley.

Polley’s feature film debut as a writer and director was with 2006’s Away From Her, which possesses an emotional and intellectual profoundness that should have been far beyond the comprehension of a then 26/27-year-old Polley. Yet, she nonetheless delivers one of the finest dramas I have seen in quite some time. While her follow-up Take This Waltz fails to reach the same heights, it is still a showcase for Polley’s consistently exceptional command of character-driven narratives.

Polley’s latest directorial effort, the 2012 documentary Stories We Tell, which probes into the complex nature of family and memory, acts as a firm reminder that Polley is still an immensely talented creative of understated cinema, while also putting her versatility for genre on full display.

Although Polley has yet to even hit 40, she has still established herself as one of the finest filmmakers to ever come out of Canada. Even though her most recent efforts see her wading into production, with the likes of A Better Man and Alias Grace already under her belt, I still long for her next directorial effort, whenever that may be.