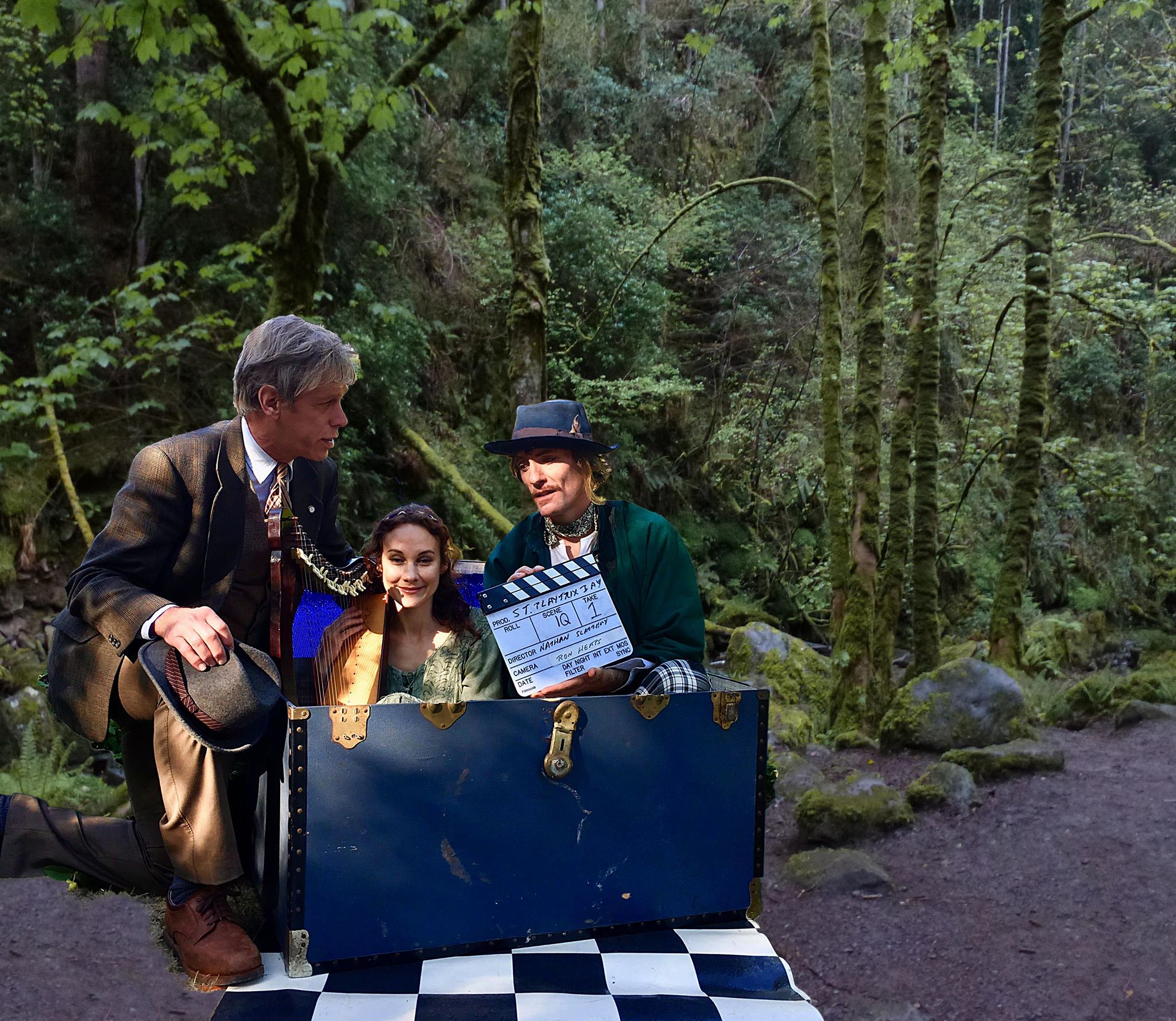 With so many projects in Vancouver currently shooting, it’s rare for me to cover some given my heavy schedule. Thankfully, on the rarest of occasions, I still get a chance to cover some of them. And some of the greatest productions involve none other than Mackenzie Gray (Fargo, Man of Steel, Legion, The Deadly Wake, and Riverdale), the Johnny Depp of Vancouver and a common MC at local filmmaker get-togethers. But how did Mackenzie Gray of all people become part of a shoot like this? Well, it all happened on St. Patrick’s Day when he got engaged in a conversation with Irish-Canadian actor/director Nathan Slattery (Angela’s Ashes, Flight of the Earls, Another Planet: Irish Jack, and Glas Vegas Wild Card TG4), while Mackenzie was experiencing problems with his car. Somehow, it gave Nathan an idea for a short film. Nathan took the opportunity to make a short film because earlier during his trip to Ireland last year, he met Mick Hannigan at the Cork Indie Festival, who asked him to have a short film submitted for the upcoming festival. Nathan accepted the challenge, and as of recently came up with this interesting new concept.

St. Playtrix Day tells the story of two beings from an alternate world, Liam O Murchu (Mackenzie) and Ciaran O’lunasaigh (Nathan), who run a wager with each other after 800 years of being stuck in the world outside of theirs. Their wager consists of seeing who will tell the most riddles, and whoever wins will be returned to the celestial stone world. However who loses is sent back in time one minute past midnight on the night of St. Patricks through the stone circle of Drombeg. From there, they will be banished to a very ancient time until the next match in another 800 years. It’s not an easy task for either of them as they face off, and amidst their wager there comes along a harpist named Mylle Fournier. Like all of Nathan’s projects, it’s in an artistic format that is thought provoking for the audience. Dialogue will be in duo languages: English and Gaelic.

The two actors met one night at the Rio, admiring the posters outside the theatre during Nathan’s 1st year in Canada. The shoot is an amazing opportunity and a rare example of when two very similar people from different walks of life have met in an unexpected way and for the first time ever came together on a short film project.  Mackenzie himself has stated, “We are two artistic spirits who have met on a cloud on a dark night in a rainbow, and I think we finally found something to work on, which is great.” He has described the film as Celtic magic realism which is going to be great fun.

Aside from Mackenzie Gray being a part of this shoot, Nathan has also acquired Ron Heaps as the DOP, as he shoots with one of the latest newest cameras to have been released, the RED Gemini. The camera shoots footage at an exceptional quality of 5K. Equipment that was also involved in the shoot was a blue chroma screen and a high quality audio recorder. Nathan says there are plans to submit the film to festivals in Ireland and Canada and even the Cannes Film Festival. It’s looking to be an impressive looking film and is sure to go far due to its interesting plot.