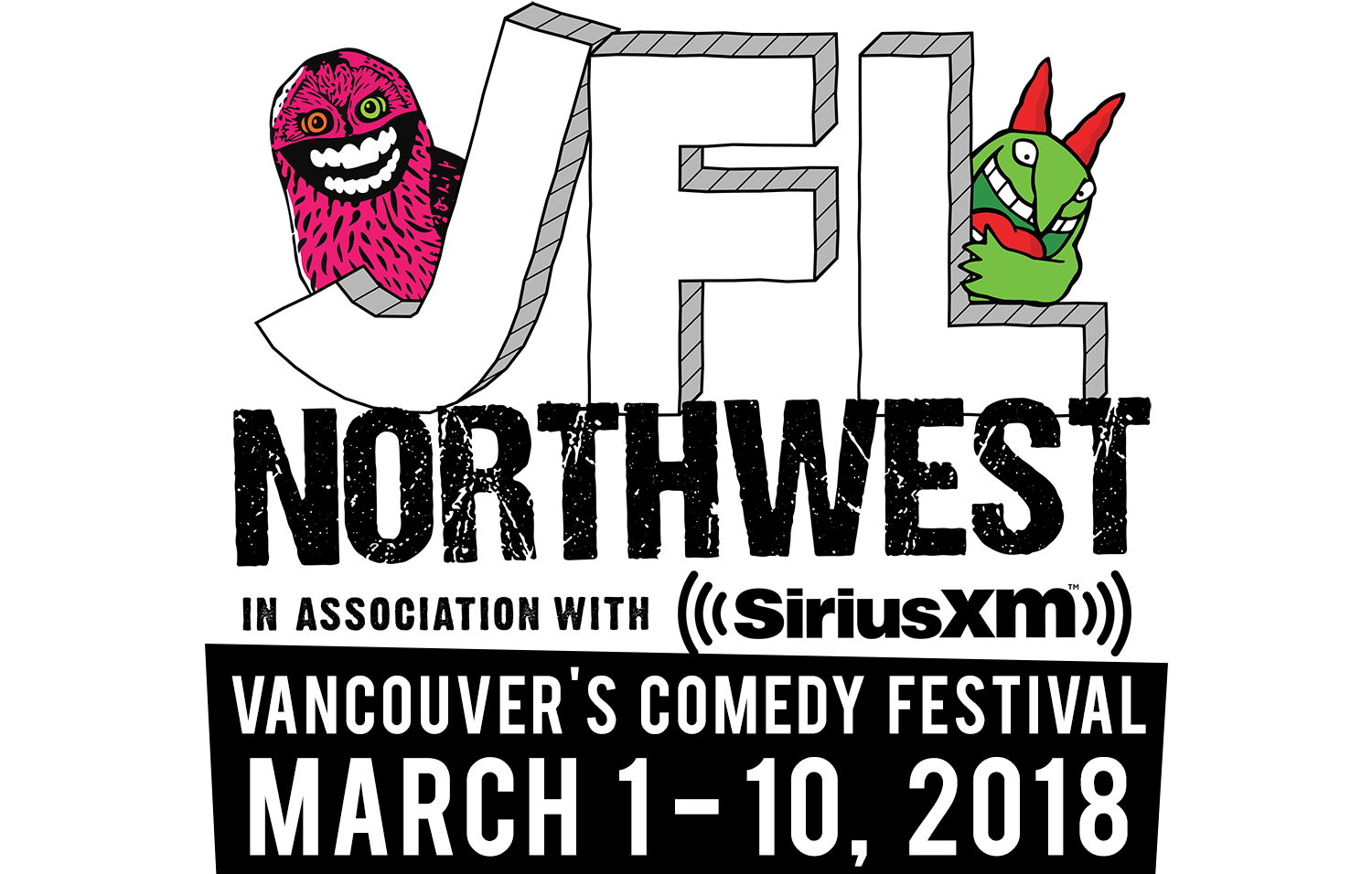 There’s a reason why people say laughter is the best medicine. I have a theory; if you replaced guns with joke books, everybody wins. A good joke can brighten your mood and then some. Scientists have studied the neurological effects of mirthful laughter since the 1970s. The founding father of gelotology, the scientific study of the psychological, physiological and neurological effects of laughter, was Norman Cousins. The results of his research indicate that mirthful laughter can stimulate the brains regulation of hormones that control mood, stress, blood pressure and immune responses. Confirmation that laughter being the best medicine is absolutely true.

If you live in Vancouver, you are in for a large dose of good medicine. The Vancouver JFL (Just For Laughs) Film Festival is coming to town on March 1st. With the winter blues lingering on, this festival is just what the doctor ordered. I felt very privileged to have the honour to speak with Paul Ronca (JFL Programming Director) and Heather Wallace (Festival Director). We spoke by means of a conference call. Paul was in Montreal and Heather lives just east of Vancouver.

“I was so happy to hear about this festival making Vancouver its new home. I think the city is anxiously looking forward to your arrival.”

“How many films were submitted for the festival?”

“Given that this is its first year and the announcement for the festival coming a bit late, we’ve received approx. 150 submissions. We started receiving submissions in Dec. but would like to start earlier in the 2nd. year.  Creative BC and our publicist Charlene Coy were incredibly helpful in putting the word out, as well as constructing a list of films and comedy filmmakers. JFL Montreal also added to that list of films by utilizing the 20 yr. database of filmmakers, distributors and producers and reaching out for submissions. Considering this is the first year building the festival in Vancouver, we are aware that there will be things to work out and a budget to yet establish. Given the timeline to make it all happen, we still ended up with a great amount of films.”

Although this is an International film festival, the majority of the films were from North America because they’re still in the process of spreading the word to other comedy filmmakers living in other countries. It’s a big world out there and not every country perceives comedy the same way. Opening the festival to include International films provides us with a window into other cultures influence on comedy. Paul brings up an example of French comedy. He says in France they’re still very much into the physicality component. It mirrors the Jerry Lewis era. He says you see it in their stand up, the shows they watch and the things they create. He adds that the French in Quebec are a different story. They have adopted the North American style of comedy.

“Heather, this must’ve been quite an event to organize. How large of a team did you require to make it all happen?”

“Leading into it, we started off with a core group of 5 or 6. We also have 6 more  people helping out in Montreal. On site, we have a 30 person staff working with managing the events and box office. In addition to the films, we’re also doing some activation outside. We will be activating the Queen Elizabeth Plaza before the big shows and inciting a block party, per say. The festival will run for 10 days with over 100 shows including films in several venues.  It’s a substantial festival. We’ve been working with tourism partners; Tourism Vancouver, Destination BC, as well as creating awareness for the JFL NorthWest and trying to create a destination for Vancouver.”

Some of the venues hosting multiple events from films to workshops are Vancity, the Rio, Queen Elizabeth, the Vogue and the Sutton Place Hotel, just to name a few.

“What can we expect from the speakers invited to talk at the panels?”

“The panels are directly involved in film, with one consisting of buyers in the film business. It’s a great opportunity for filmmakers to get a sense of what they might be looking for. There will also be a Vancouver panel with experts discussing Vancouver’s homegrown film community. In addition, there will be a screenwriter’s panel with writers Etan Cohen of Tropic Thunder, Get Hard, Tracy Oliver of Girls Trip, Barbershop the Next Cut and Max Winkler of Flower, Ceremony and Magic Camp. They’ll be there to talk about the process and to answer questions. The screenwriters panel will be on Friday March 9 and the expert and homegrown panel will be on Saturday.”

Some very unique opportunities highlighted at this years festival; the director of Flower will be in attendance to answer questions and Comedian Backstage, a film pulled from the archives that was only partially aired years ago about comedian Shelly Berman’s meltdown backstage. Kliph Nesteroff who has written many books and been very involved in comedy is a big fan of the documentary. He will be in attendance to address some of the questions after the films screening.

In addition to the films being shown, there will be a Super Troopers 2 Live event.

Paul explains that ST2 is set to come out later this year. The event with have Jay Chandrasekhar, Kevin Heffernan and Steve Lemme in attendance, each doing approx. 15 minutes of standup followed by 3 clips from the film ranging between 10-12 minutes. The fans will then have the opportunity to ask them about the upcoming film. This will be a 1 night exclusive event with the purpose of creating a very unique and special experience. By providing a sneak peek of the film followed by the Q&A, it is something they’d like to continue going forward to include TV shows. Being able to provide the opportunity for the fans to get up close and personal by asking the stars questions is something they’ve recognized as a big crowd pleaser by attending events like South by Southwest and Comic-Con.

This festival is crammed with so much talent, comedy and laughter you’ll forget why you ever had a reason to be sad and take some time to laugh out loud. The festival will last from March 1st – 10th. For more information on the full schedule and prices, please refer to www.jflnorthwest.com