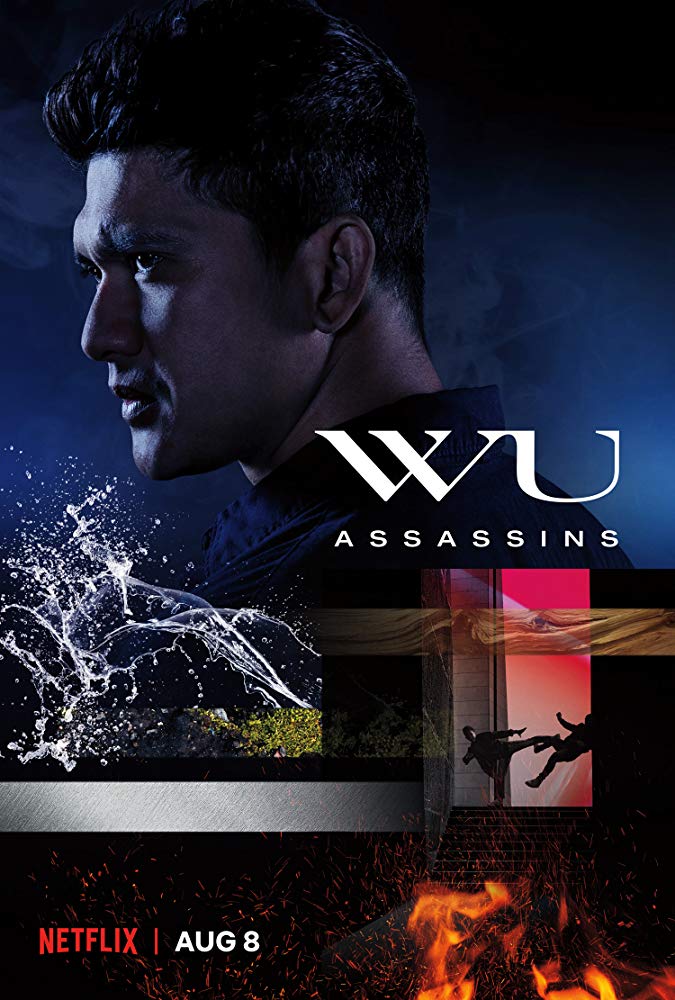 Although I’ve only moved to Vancouver 6 years ago for film school, I’ve met some amazing industry people that have left a lasting impression. Having only worked on my own movie sets, I can’t claim to say that I’ve been in the thick of it. The blockbusters still fascinate and intrigue me and I’ve recently signed up as a background actor to unravel the mystery of the inside workings of big sets.

I’ve spoken to a tremendous amount of actors that do know their way around big sets and big productions.  They’re not always allowed to spill the beans because of that Non Disclosure Agreement thing but we can usually squeeze a little sauce from the source.  Wu Assassins is premiering on Netflix in August on the 8th.  I’ve seen the trailers and it has huge production value. I was very fortunate to be able to speak with one of the actors from the WA series. Raresh DiMofte plays the role of Grisha Babinov and he was able to give me a quick glimpse into his character and how he was able to pull it all off.

“You’re in a very exciting new show, Wu Assassins. How did you get involved in that project?”

“I booked it last year in May/June after being in a very interesting position. I was called in for three characters for that show. I went in for the first character and the casting director loved it. I told them I had two more characters to audition for and she said no, this is it. I took her word for it and left. They called me a couple weeks later to give me the good news.”

“How did you prepare for the role of assassin Grisha Babinov?”

“It was very interesting, they allowed me to research the character and bring my own style to the character, which they really liked. I built the character from the inside out. I had played some Russian characters/mobsters in the past and wanted to explore that more. After that I went into the exterior of the character; you’re going to see some interesting choices.”

“How does it feel to be working on a series with John Wirth as the writer/showrunner?”

“I met John at the wrap party but never saw him on set when I was shooting my episodes. I did meet Jonathan Walker, the other producer. He was on set all the time and is an amazing actor and producer. He’s also in Snowpiercer and when I first met him, I knew I’d seen his face before. He was on The Shooter with Mark Walhberg.  When I found out he was also a producer I was so excited and was able to ask him a few questions about the project. He brings great experience and knows how to work with the actors. Another beautiful thing about that set is, although it was challenging I did some pretty new stuff as an actor, such as fighting and martial arts. I’m almost 40 and never thought I’d pull it off (laughter). I had an incredible fight coordinator, Dan Rizzuto who actually pushed me to do all my stunts… except one throw over the shoulder. It was all pretty awesome.”

“I read that your dad was a weightlifting coach and you come from an athletic background. Has that helped you in your career?”

“Oh definitely, with the discipline and the hard work. The physicality is amazing and I wanted to try it even though I’d never done it on a Network series before. When I did it I wanted to feel like it would be successful. I did have help from stunt doubles, stunt coordinators and actors around me. It was a pretty interested and fascinating shoot.”

“You’ve been extremely busy in the last 12 months. What do you contribute that too?”

“It was much more packed in comparison to other years. My manager has been working with me much more to target social media more. Picking the right projects to post, fresh photo shoots as well as other methods of marketing. I’ve booked a lot of Indie projects as well, besides TV shows and the feature film I did with Elijah Wood, Come To Daddy. I believe the film will first screen in New Zealand, the home of the director Ant Timpson. It’s been a great year and I want to keep the momentum going.” “What types of characters do you prefer to play?”

“In Canada they like to cast me as a big badass dude/villain most times but I’m really pretty open to anything, I even love doing comedy in my personal projects.”

“Running of the bulls or white water rafting?”

“Running of the bulls.”

“When you’re not acting, what do you like to do for fun?”

“I like long walks… to analyze my decisions and when I have the time, read more. I recently read Nick Cave’s (singer) book, And The Ass Saw The Angel, but I really enjoy dark subjects and more metaphysical/metaphorical books.”

“What is the best part about being an actor?”

“The possibility that you get to play a different character every time and you’re not waiting or struggling for the next part.”

“You’ve won many awards for Best Actor in multiple films. How does it feel to be recognized in this category?”

“I’m very proud of these projects because the directors were quite new at it but I read the scripts and told them, they had something good here. I risked it and it paid off really well because they were good writers and good directors. With the festivals, it paid off big time.” “Would you rather play a super hero or villain?”

“Definitely a villain right now. You can take the direction in so many ways with a villain and it can be a very complex character, which is why I like it.”

“Do you have a preference between doing theatre or film?”

“I really don’t have any preference. When I’m doing film and TV I miss theatre but when I’m doing theatre I miss film and TV. It goes hand and hand, the three mediums of TV, Film and Theatre. They’re not that different from each other because of the time spent on them; doing research, going deep into the character. You ask questions, you work with the director. You’re either adjusting for the camera or for the stage. You rehearse more for stage but the study of the character and the story itself is pretty much the same.” When you’re on stage, you recognize the risks of making a mistake so you find a way to rehearse more to find the right beats and to not lose yourself with the character, the lines, the text you rehearse more. You’re training your mind and body to hold onto that character for 90 minutes – 2 hours onstage.”

There you have it from one of Vancouver’s finest actors and extremely nice guy, Raresh DiMofte. He may not have spilled the beans but he was able to tell us enough to build the anticipation for Wu Assassins premiere this August 8th. If you want a sneak peak, there are many trailers available on imdb.