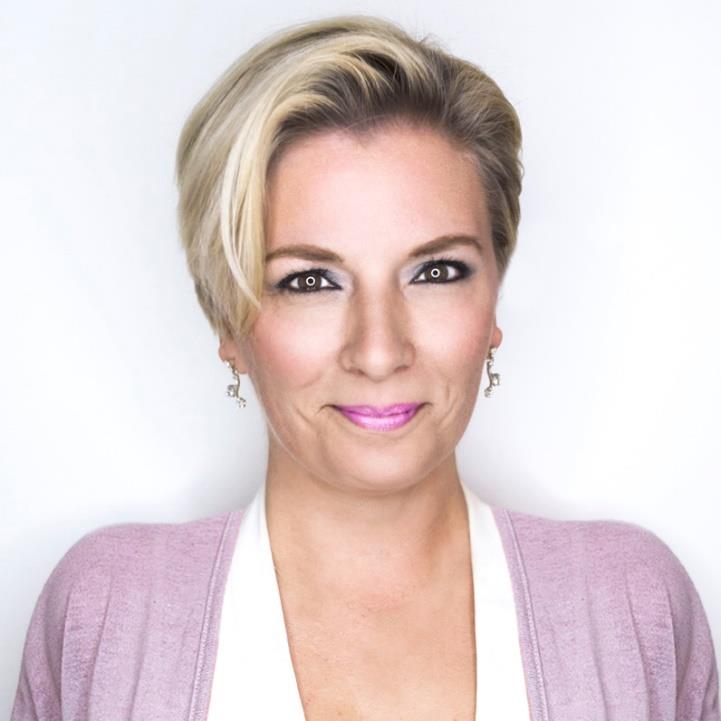 [pullquote]A dream is a succession of images, ideas, emotions, and sensations that usually occur involuntarily in the mind during certain stages of sleep.

Have you ever woken up from a dream in a panic – your heart is racing, your anxiety is crushing you like a bowling ball on your chest. As your subconscious fades and your mind slowly transitions back to reality, you conclude that it was just a bad dream. Do your dreams stay within the room where you slept or have you just returned from an astral mission/covert operation that is so top secret, it only exists in the dream world?

The jury is still out on ‘exactly’ what our dreams mean or the purpose behind them. Considering that science is still hypothesizing the relevance/mystery of the source, Kate Green has developed her own theory with a double shot of sci-fi. Kate is the creator of NarcoLeap, a web-series that explores the idea of your dreams as a gateway to another identity. The premise of the story – a 25-year-old loner with narcolepsy, is thrust into a world of espionage when she discovers that during her lucid dreams she is commandeering the bodies of real people across the globe.

Kate wears many hats on this incredibly original project. She is the creator, writer, director and executive producer. She brings 17 years of film and television experience to the series and the proof is in the pudding. NarcoLeap has caught fire and is BC homegrown at its absolute best! The talent, the storyline, the amazing crew – if you’re looking to support your local film industry, Kate and the fabulous team NarcoLeap could certainly appreciate it in these Covid times. NarcoLeap is game ready to begin shooting season 2 but need the publics help in doing it safely. In order to begin season 2 safely, they’ve had to consider many Covid safety measures that their production budget doesn’t cover. In order to cushion the costs, they’ve started an Indiegogo campaign. If you’d like to contribute – https://www.indiegogo.com/projects/narcoleap-season-2#/

Kate Green is hoping to return to camera in August for season 2 and I felt extremely privileged to ask her all about the next season and the new changes heading into production.

“I read that you’ve been green lit for a second season. Was that by a network or studio?”

“Yes, this year we’re being funded by the Canadian Media Fund and the show will be on HighBall TV and also our own Youtube channel.”

“Have you brought any new actors in for the second season?”

“Yes, we have a few new characters – as a matter of fact I was just about to review some of the tapes. We have some big changes coming this season – Kelsey realizes she’s not alone and there’s other people like her out there. The character goes through this amazing arc from season 1, but unfortunately I can’t give away too much at this point… however, there are going to be some exciting new relationships and new characters that come into season 2.”

“Given the extra safety measures in place for the second season, do you anticipate longer days and a longer production?”

“No… I’ve never been a fan of long days, ever (laughing). The protocols should not be creating longer days in my opinion. We will have cleaning crews to come in the beginning or end of the day and it will be a staggered schedule, however, our film crew will be working regular hours on set. The protocols have definitely added a new layer of expenses that we simply hadn’t budgeted for, which is why we’re raising funds through the Indiegogo campaign. The other reason we’re doing the campaign is that we want our fan-base to be pumped up and engaged for season 2, while offering the opportunity for others to discover the series as well. Crowd-funding campaigns are also about connecting with your audience, which is why many of our perks are behind the scene perks – you get to sit in on a production meeting or we’ll do a live stream from set. Some of the prizes from our competition that we ran before we launched the campaign were ‘having lunch with cast and crew on set’, which will likely be done virtually now. These perks have been designed to give people a backstage view and to better connect with our audience.”

“How much of a budget are you hoping to raise through Indiegogo?”

“I believe the amount is 30,000.00 – we’ve raised 6 or 7,000.00 already, so it’s doing well and we’re gaining traction. People believe in the show, the cast and crew – and what we’re able to accomplish on a small budget and season 1 is a testament to that. One other reason why we’re trying to engage our audience is because we are developing it into a television series. Bringing an engaged audience into the package is always enticing to a broadcaster.”

“Would you advise other new producers to start with a web-series before pitching a new series to a network?”

“I think every project is different and every approach is different. I wanted to create NarcoLeap because I wanted to direct – for some shows, I would say that this is an excellent way to have a ‘proof of concept’ because you can cut together a teaser and it’s becoming very popular for broadcasters to ask/want a teaser/sizzle reel. For other shows you don’t need to shoot an entire series – you can go and shoot a sizzle, so I think it really depends on the show.”

“Where do you get a lot of your inspiration from when you’re creating the episodes?”

“Umm… my life (laughing), I have actually brought in Jon Cooksey – he’s the show-runner that’s helping me develop it into a television series. It made sense to have him write a few episodes for the web-series – we’re planting story ideas and characters that will carry through to the television series. He’s written two scripts, David Shmidt from season 1 has returned and written one and I wrote the final episode.”

“Do you have a writing background?”

“I don’t, this is my first crack at it and I thoroughly enjoyed it. When I finished it I was sad because it’s the end of it for the web-series – there won’t be a third season. It will live on and it will change and become something different. Making the NarcoLeap series has been one of the highlights of my career. It’s been one of the most creative and inspirational projects that I’ve been able to put together as a producer and director. It’s accomplished everything I wanted it to – I told a story about a young woman coming into her own, I worked within the sci-fi genre – which I love and I was also able to build up my directing resume. It’s been a lot of hard work and with the help of the cast, the crew and the stakeholders, it’s really been a BC homegrown project – when we’re at the finish-line and we see NarcoLeap being made into a TV series, we all get to have a claim in that.” “How are the actors feeling about returning to work?”

“Everyone is actually really excited – we’ve got a protocol in place on the set as well as a safety officer, so we’re taking the steps necessary to ensure everyone is safe and comfortable. Everyone is excited to get back to work and I have a relationship with all of them, so they know they’ll be safe and taken care of. It’s like a band reunion – we’re putting the bad back together (laughing)!”

“Do the actors have the scripts with them and are they already rehearsing at home?”

“Yes the leads do. We’re still casting a couple new characters right now and we hope to be doing our first cast read through next week. It will be great to hear these characters talk again – it’s been 1½ years since I’ve heard them, so it will be a real thrill.”

“In terms of Extras on set, I’ve heard that some companies are considering using their crew to fill in. Have you also considered this strategy?”

“What types of changes do you anticipate once you return to set, such as Craft services?”

“Absolutely, we’ll have prepackaged meals and only 1 or 2 people allowed at the craft table at a time. My production manager, Amber Orchard has done a fantastic job of compiling the set protocols and everyone will be briefed and trained. A lot of it is common sense – when you get to set, you wash your hands, get your temperature taken and put on a mask… if you don’t feel well then you don’t go to work. Coming out of quarantine for a few or so months can cause anxiety for people but we all need to keep calm heads, like doctor Bonnie Henry has been saying… stay calm, be kind and stay safe.”

“Did you have to write the script for the second season with the new rules/safety in mind?”

“Yes absolutely. At one point we had 3-4 actors in a vehicle all talking – we now have them pulling over to the side of the road and getting out. The scene still takes place but it’s outside the vehicle. We have soldiers storming a house and now they’re more swat team looking with balaclavas on. We have characters that kiss but we’ve decided to have that take place in the astral realm and will be done with visual effects. We’ll also be discussing that more with the actors to see if they have someone in their bubble – maybe we’ll put a wig on them (laughing), then they can be kissing their own boyfriends/girlfriends.”

“Are you the type of person that likes to rise to the challenge?”

“Absolutely! Initially it gets you down and you feel quite depressed about it all… but then I’m like ok, this is a challenge and we need to figure this out – sometimes you can end up with something better than what you had before. My creative side has loved trying to figure this out.”

“Are you able to continue working with the same crew/actors or has the virus caused a shuffle?”

“No – we have a lot of the same crew returning and the same cast returning also… however some people are not able to return because they were halfway through another show that they were committed to when the shutdown happened. We’re one of the first Indie BC projects back, so we’re competing crew wise with some of the bigger shows that were shut down when the pandemic hit. Unfortunately there’s a few people that won’t be coming back but its only because they were already committed to other projects.”

“If you had the power to change one thing in the world, what would it be?”

“Oh my gosh… I would want to have a vaccine so that everyone can go back to the way it was/normalcy. With that being said, if there is a positive that we can take away from the virus, it’s made us look at our lives through a different lens and a different perspective. I think people are starting to realize that some things are much more important than they previously thought before Covid. I’d want everyone to be happy, healthy and safe.”

They’re anticipating the release of the second season in November and in weekly increments.  Let the anticipation begin!