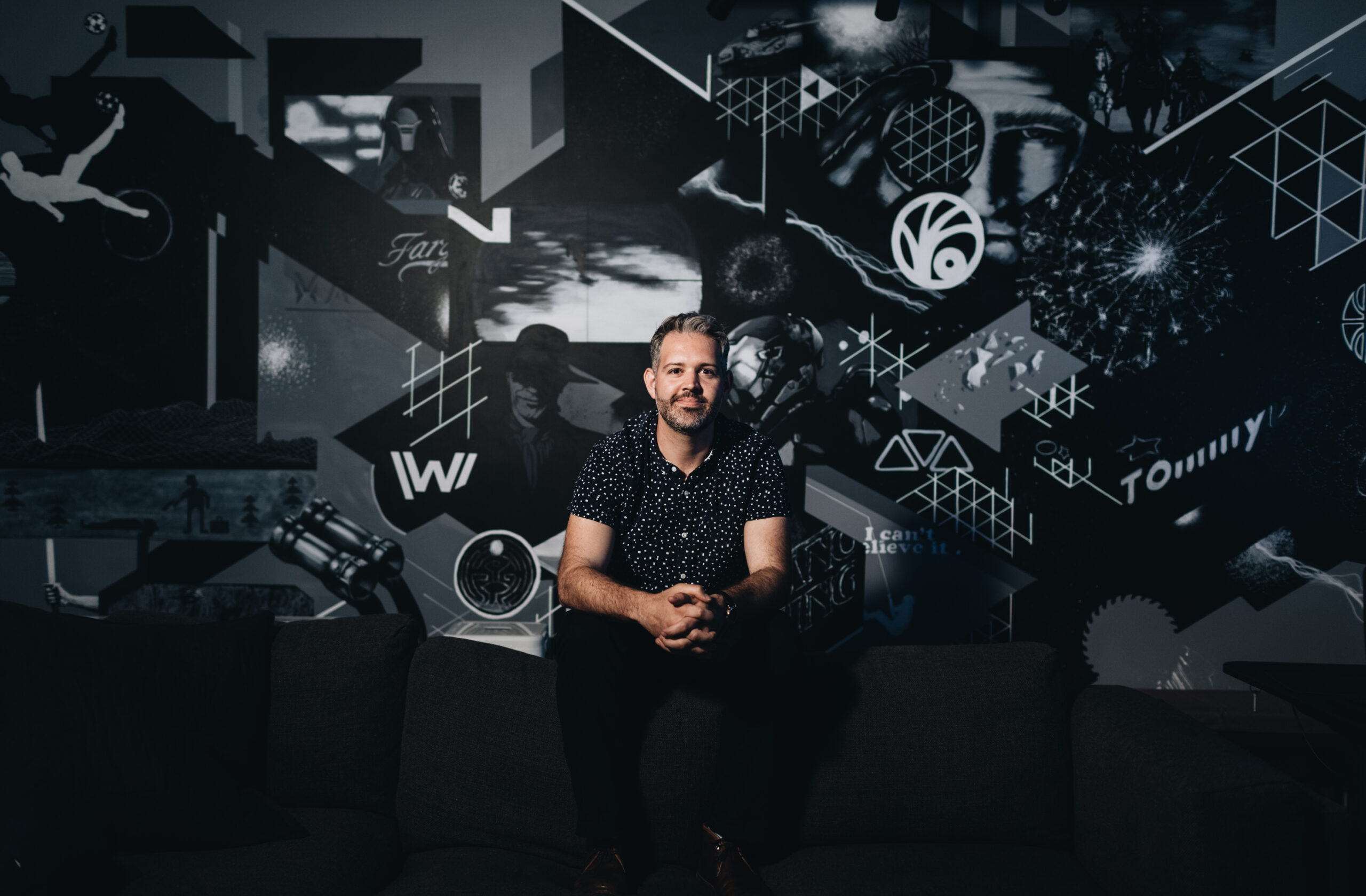 Where would we be without our award shows? Some winners will tell you it doesn’t matter because they do it for the love of movies but the fans really want to know… who had the best movie, who was the best actor, director, writer and producer – who who?? We are stuck at home, we haven’t been to the movie theatre since January and we need to celebrate something to remind us of the silver linings we often overlook. That much needed boost of celebrating came in the form of The Leo Awards. It was online because of the current Covid pandemic but it was still full of the best industry talent British Columbia has come to expect!

I was extremely lucky to be able to grab an interview with one of the nights big winners, Chris Van Dyck. He won an award for the Best Visual Effects on the feature Horror film, Childs Play. Through my interview, I have discovered that this was Chris’s company’s (CVD VFX) 5th consecutive award. However, this is not Chris’s first barn dance, he’s been mastering the visual effects realm for many virtual moons. Stargate, 300, Iron Man, Stranger Things, Harry Potter, The Hobbit Trilogy… just to name a few. His work in visual effects has made his company CVD VFX much sought after. I wanted to congratulate him on his win and also find out his secret to success.

“Congratulations Chris on your win at The Leo’s for your visual effects work on Childs Play 2.”

“Yes, it’s super fun – the cool part of the story for me is, that I started the Studio CVD VFX 5 years ago. We’ve actually won the Best Visual Effects at The Leo’s for the last 5 years. It’s been very cool for the entire team to win 5 for 5 – it’s been an exciting time.”

“Have you always been VFX Supervisor on most of the projects you’ve been involved in?”

“Typically, if it’s Vancouver based, myself or someone from the shop will go to set. However, we don’t frequently go to set, as a good portion of the work that we get is directly from LA – 12 Strong, Westworld and Stranger Things for example. When we had received Childs Play on our desk, it was at a script level. We broke down the script for MGM and our connection with them was through the Post Supervisor that we’d worked with on dozens of previous projects but the Childs Play project grew too large for us. Our studio has a niche and this had quite a lot of character and CG doll work that grew much larger than we’d anticipated. MGM ended up bringing on another set supervisor, Reina Sparks – she supervised the shoot and produced the shoot and saw the work through to final with several vendors, mainly in Vancouver and another in New York as well.”

“There were two supervisors on the project?”

“Reina was producing and supervising from shoot to post – I became one of the few supervisors representing a vendor’s work. At that time the company’s name was CVD VFX and I was the VFX Supervisor at that facility. The other Producer on the docket was Michelle Kee.”

“Once you started working on the project, how soon did your team begin creating the visual effects?”

“We weren’t doing any conceptual work because it grew much larger than one vendor – we started breaking down the script and were talking through some of the scenario’s and limitations with the Post Supervisor and onset Supervisor approx. 6 months before we went to camera.”

“When you take on a project like this, do you approach it like a script or do you look at it as a blueprint?”

“It depends, on some projects we have quite a lot of creative rein – for example, Lemony Snickets – A Series of Unfortunate Events. On that project we did have a lot of creative rein with concept work done by the Art Directors, we’d get to take that and fill in the blanks; what kind of clouds, what type of textures… it’s where we get to show quite a lot.  With the visual effects work on Chucky – for the most part, it was about seamless work and there wasn’t too much exploratory work that we could do; it was about reanimating the doll and fixing the performance, timing and continuity with a lot of blood and other gags. In that regard there was some creative freedom to pitch ideas and different looks but the majority of work we were tasked with was to make everything look seamless.”

“I know that it’s not unusual to be on a film set for 16 hr’s a day… how long would a day last in visual effects?”

“One of the core values of the company was quality of work earns quality of life and we were tied to that; it made our office special – we factored in how to avoid the traditional long hours and I’m proud to say that we completed the project with little to no overtime. There’s definitely things that pop up and we have to jump when they need it but for the most part, we crew accordingly and we don’t take on more than we can deliver.”

“How big of a team would your company be employing?”

“Thinking back to Chucky, we would’ve been a company of 25 people and we probably had 15 people working on the project. On the nominations list, there were 2 other companies/studios mentioned – one is Animism and the other is Pixomondo.”

Chris’s company CVD VFX was acquired in a growth plan back in January of 2020 to a much larger American VFX company called Crafty Apes. They also specialize in award winning, high quality VFX work and have multiple locations across North America.

“How long from start to finish were you involved in the project?”

“We were viewing early scripts in the spring of 2018 and started on post near the end of the year but carried through another 4-6 months into 2019, so we were on it for approx. 1 year.”

“Did you prepare a speech in the event that you won at the Leo’s?”

“I didn’t write one because my style is to ‘go in the moment’ and when you do that you make mistakes (laughing) but its genuine. What was important to me was, we did a socially distanced viewing party for the Leo’s and the team that I worked with was streaming it with me. I was fortunate enough to be able to turn around and point to Reina Sparks (VFX Supervisor) and the team to thank them, as well as The Leo’s and the community. It’s been great to be recognized for the last 5 years and I kind of winged it… and forgot to thank a few people but I still prefer to do it that way (laughing).”

“What was the best part of working on this project?”

“I think its always the people – the post supervisor, Andy Levine and I have worked for years on dozens of projects. Reina Sparks I’ve worked with several times, MGM is super great and so for me, it’s the people. If you’re working with great people, you’re going to have a good time.”

Although Chris Van Dyck and team are now Crafty Apes, the magic of their visual effects’ mastery continues to dazzle and enhance our viewing pleasure. They are extremely excited for the future and the next chapter in VFX.