It can’t be easy working with a puppet in a feature film, especially if it keeps forgetting its lines, often shows up late, says inappropriate things to crew between takes and needs constant direction… but somebody has to do it. Hats off to the team on Puppet Killer, for making it look so easy. Believe me, I’ve heard horror stories from other films with puppets as actors – Chucky, Annabelle. They’re horror stories because puppets are built for it. They can work long hours, they never eat when they’re on set and they always insist on doing their own stunts.

All kidding aside, acting off from a puppet is harder than it looks, but that is why you call in the best. Aleks Paunovic is one of the best actors BC has in its own backyard. Snowpiercer, Van Helsing, Zero Contact, Cold Pursuit, War for the Planet of the Apes… Aleks brings his best every time, which keeps him working and in big demand.  The life of an actor is one big audition whilst building family and friends along the way. With over 135 acting credits, Aleks has prepared himself for any role that might come his way. As a 6’5 physical force, he’s not easily intimidated, so acting with a puppet is a leap he was willing to take. From what I understand, he jumped at the chance because he was working with some of his closest friends. Richard Harmon (The 100, Continuum), Lee Majdoub (Sonic the Hedgehog, The 100), Jett, Klyne (Wanda Vision, Skyscraper), Lisa Durupt (Shall We Dance, Heartland) and Gigi Saul Guerrero (Super Monsters, Into the Dark) were all there, in an isolated cabin in the woods.

While celebrating Christmas at a cabin in the woods, a group of high school students are stalked by a psychotic killer obsessed with horror movie icons.

In addition to acting with a puppet, Aleks and the others are portraying Highschool students, so it is funny as hell and it really flex’s those acting muscles throughout this horror fuelled comedy thriller. The suspense is only a breath away followed by a laugh or shriek! Action pounces from all directions as the house guests fight to stay alive until morning.

The film opened all over the US on Sept. 24th and I know its audience is growing with each opening night. I reached Aleks Paunovic through Zoom and he was a class act, funny, humble and a real gentleman. Roll the tape!

HNMAG “I love your role in this film, you really own it. Would you like to do more comedy moving forward?”

ALEKS “I definitely love comedy and I would love to do more of it, but this was an interesting challenge to play a 17 yr. old., which was hilarious. Thinking back  – when I was in Highschool… the energy, being carefree and feeling invincible but also the nativity of a 17 yr. old., I really wanted to rise to the challenge and have a blast with it.”

HNMAG  “How did you manage to get into the headspace of a 17 yr. old?”

ALEKS “It was a throwback to my early years and what I remember. I ended up reaching out to a lot of my Highschool friends to bring back memories and talk about stuff. I wanted to explore that with my friends and replenish that visceral feeling in my body and  the muscle memory took it the rest of the way into the film.”

HNMAG “This film is flawless and has incredible comedic timing. Did you have rehearsals before the filming?”

ALEKS “What’s so good about Indie projects, is that you want it to be – something that  touches your soul or something that’s just a fun story to tell. I knew everyone in the movie before we started filming – we were all friends. To be able to jam and horse around with friends, lends itself to good timing, freedom and a comfortable relationship. There was a lot of improv in the film and we were able to feed off each other.”

ALEKS “Oh definitely. It was an Indie film, so there were some favours pulled and people were absolutely generous with their time and their equipment. We ended up finding a house that was 45 mins. outside of Vancouver. I remember that some of the cast would ride together, which was always a good time. It was shot very quickly, which takes a team effort to make that happen.”

HNMAG “You have to act with a puppet in this film. Was it the first time you’ve worked with an artificial character?”

ALEKS “It’s one of things, where you’re all in or you’re not even close to being in. You have to put 110 percent into it and I never considered it a puppet; to me it was a person from my childhood, full of trauma and I had to treat that puppet like it was a real entity in my life.”

HNMAG “That’s an interesting approach to it. Would they teach you those techniques in acting school?”

ALEKS “Oh yes, we would have to do things in class, where we’d have to fall in love with an object. It’s definitely something that some mentors have taught me and helped me with.”

HNMAG “I wanted to shift gears a little and ask you about Zero Contact – a recent film you did with Anthony Hopkins. It was directed and produced by Rick Dugdale, another great Canadian. Did you know each other before Zero Contact?”

ALEKS “He’s a solid Canadian boy from Enderby and I’ve worked with him in another film. I was the boxing coordinator and a stunt actor in it. It was about 20 years ago and I was just starting out. Rick was the producer with his partner and co-founder, Daniel Petrie Jr. Daniel was Producer and director. Fast-forward to 5 or 6 years ago, I got cast for a film called Blackway – with Anthony Hopkins, Ray Liotta and Alexander Ludwig. We remembered each other and really started connecting after that film, we kept in touch. We always wanted to work together again on other projects, then Zero Contact came up. He asked me to be a part of it and I was ecstatic to be involved. It’s also the world’s first NFT film, so that’s exciting too.” 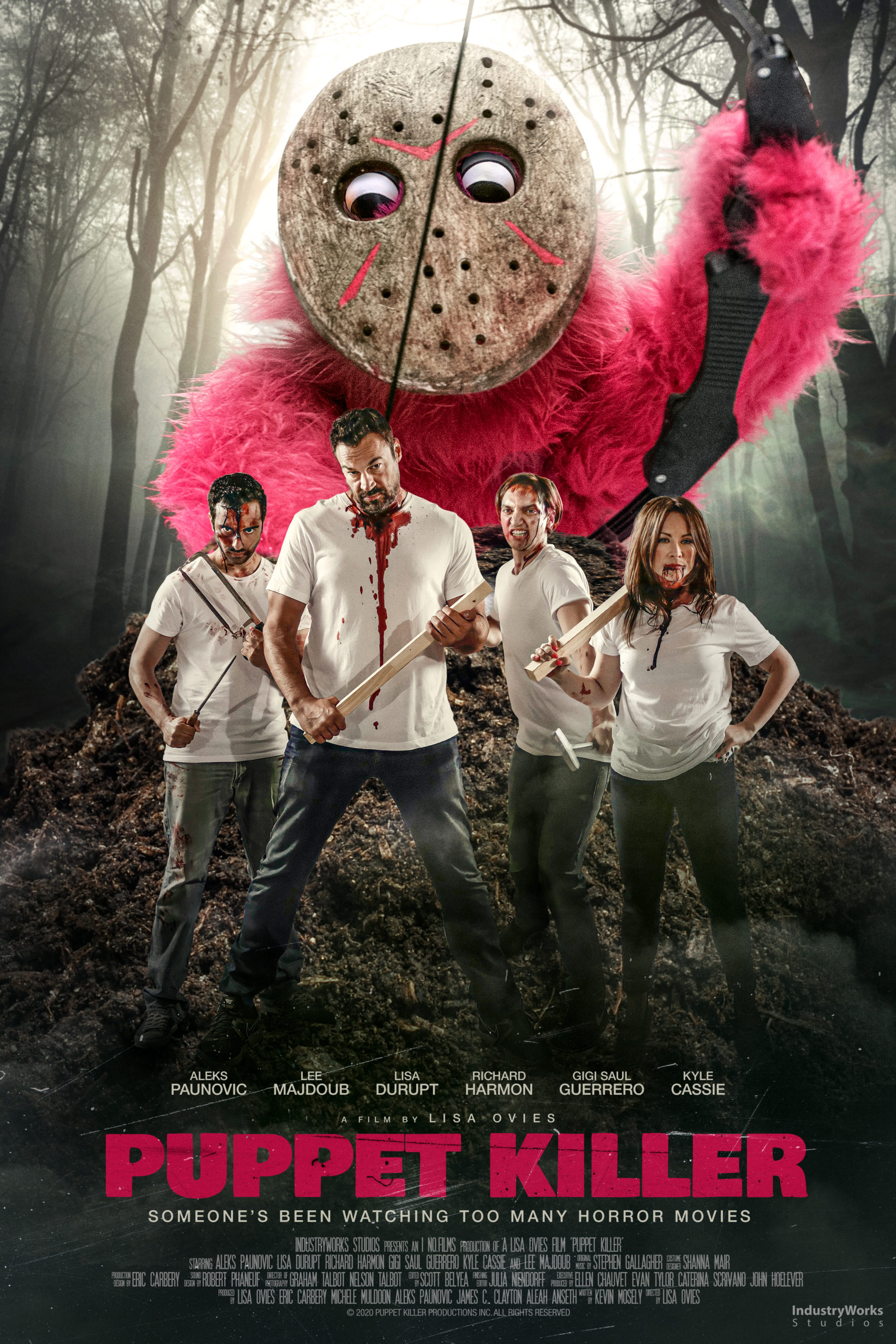 HNMAG “Do you see other studios jumping on board with NFT’s?”

ALEKS “I think it’s an exciting new thing that’s happening in the world and I think people will be looking at our film to see how we do. It’s really exciting to be a part of something that’s so new and Zero Contact is the first film to be sold through NFT, so it’s exciting to see where’s it goes.”

ALEKS “We’re all wrapped up on Van Helsing, the 5th season aired. Netflix and Sci-Fi blessed us by allowing a 5th season to wrap up all the characters wonderfully. It embodied what the Van Helsing series meant to me and it now has a beginning and an end.”

HNMAG “Sorry to hear about Van Helsing, great show. Can you tell me about your character on Snowpiercer?”

ALEKS “He’s got the most dangerous job on the train, he’s a Breachman. He’s the one that goes outside of the train and fixes it. It’s a small group of strong men and women on that team and my character’s name is Boyne Boscovic, but people also call me Bookie. I’m one of those guys on the train that isn’t too crazy about ‘rules’ but he does his job very well.”

HNMAG “You’ve played many characters in so many productions. Is there a role that you haven’t had the opportunity to play before, that you are still waiting for?”

ALEKS “It’s funny, I’ve been asked this question before and I haven’t really done a role, like True Detectives. They’re flawed but they’re reluctant warriors. I like those roles, I’m always the bad guy on the other side of the table, so it’d be nice to play a detective, especially with the storytelling True Detective is known for.”

HNMAG There’s a lot of companies invoking a vaccine passport. Are they requiring that on film set’s, the double vac?”

ALEKS “Not that I’m aware of.”

HNMAG  “If you had the power to change 1 thing in the world for mankind, what would you change?”

ALEKS “I would like the power to eliminate hate.”

Aleks Paunovic steps outside the box in this role, and shows his audience why he loves this business. His timing, his improv and chemistry are abundant throughout and I’m advocating for every film to have Aleks in it, because he is such a consummate professional in every role he’s in. Thank you Aleks Paunovic for a terrific interview and for your contributions to film and television.