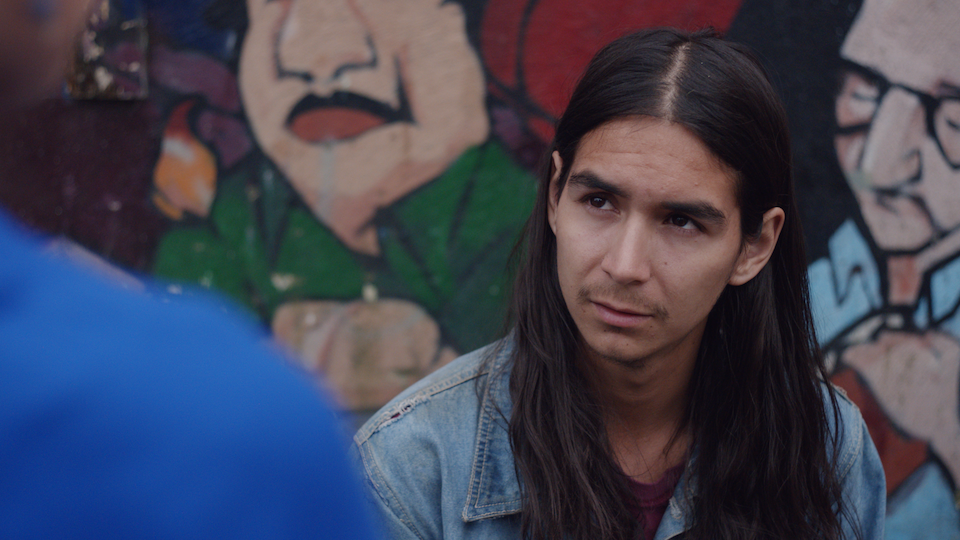 I can never get tired of visiting Whistler in winter. Whether I’m there to build a snowman or just help the curious remove their tongues from frosty poles; they really should put signs on them.  There is a thrill around every corner along with the possibility of a flying snowball so you don’t want to let your guard down. Luckily, I was there for the Whistler Film Festival and was very grateful to be invited.

I’m not sure on the numbers but the population seems to double when the WFF comes to town. I did attend the parties and may have sipped a glass of wine but the best part of the festival and the beating heart are the abundance of diverse films. Every year it is bigger, it is better and is harder to leave without feeling you’re saying goodbye to a close friend. The films are inspiring and the people you meet will long resonate with you, much like the movies you’ve seen while there. In addition to copious amounts of films, live events, workshops, networking parties and delicious luncheons there was also the Stars to Watch program.  We were very fortunate to speak with four very talented actors and Taran Kootenhayoo was our third guest. He was there representing the film Bella Ciao, which he played the character Nicki. This is what we found out.

“Is this film a musical?”

“Bella Ciao is the name of a song I believe originated in Italy when they were getting rid of Mussolini. He was a fascist dictator and Bella Ciao was a victory song for the people.  There are Italians in the film that know the song very well and it becomes an intersection for different cultures that Commercial Drive (East Vancouver) is really about. The film is based on the people of Commercial Drive that are from around the world.”

“Can you tell me about the character you play?”

“His name is Nicki and he’s a little rough around the edges. Although he has a tough exterior, he’s really a sweet person that’s been raised by women and is trying to find his sister. He’s not from Vancouver and is homeless but a survivor with a big heart willing to do anything to find his sister.”

“How did you get involved in the film?”

“It was really word of mouth. The director/co writer, Carolyn Combs had seen me and told Michael Springate (writer). They reached out to me to audition. When I read the script I remember that there was this moment where Nicki rides on the back of an electric wheelchair heading down Commercial Drive, and I was thinking to myself how much fun that would be to do if I get the part. The artist is the child that survives.”

“That’s a very nice quote. What does it mean to you to play this character?”

“It means that I get to have representation as an Indigenous person in a story that isn’t stereo typical for an Indigenous actor. I’m very glad to be part of it and hopefully inspire other Indigenous youth or anybody else that aspires to do whatever they want and have fun with it. It’s great that I‘m able to be in these positions where I get to try different new things, take a few risks that in turn, have made doors open up. It’s helped shape me into who I am today and the way I carry myself. If I can share that with others interested in trying it, it would be great. I would say that the message in this film is about the diversity we live amongst and how people help each other.  It really shows a lot of humanity in the film and deals with survival and family relationships. This film will make you think about how meeting people can change your life and how we get to see that from different walks of life.” “Are there other roles that attract you?”

“I recently did a bit of a comedic piece for a web series which was kind of fun because I’ve done a lot of dark roles with emotional baggage and traumas. Before acting I was a skateboarder, so it’s nice to play fun and exciting characters too.  On top of being comedic, I also have a lite energy that I’d like to explore more to see what it looks like. Possibly a really dark character would also be interesting to play.”

“When did you start acting?”

“I went to theatre school in 2012 for 3 years. It’s where I discovered what acting is and why I choose to be an actor. It started there in terms of looking at it through a professional lens. When I graduated I felt theatre was so new to me and I loved it.  When I was in grades 3 and 4 I lived on Cold Lake First Nations and would go to different schools and different Nations in Treaty 6 territory sharing stories in Dene. Dene Suline is part of who I am. I would be on a stage with a mic in my hand and a piece of paper in the other; so I think I’ve always been in a voice in front of people.  I ended up moving to the city and stopped all that. I became a skateboarder and it wasn’t until I was 18 or 19 that I started coming back and redeveloping. I also used to be a Pow dancer and Grass dancer, so it seems like everything has come full circle. I’ve now done a couple performances that are more dance heavy.”

“Would you say you’re more attracted to theatre than screen?”

“Both; I’ve done a lot of theatre and I think it’s making me a stronger performer when I’m doing film. I have more accessibility to myself and to my body that I wouldn’t have without theatre. Theatre and dance have really opened up my body for better performances and have embodied me to do more on film. I like both theatre and film a lot.”

“Do you have anything else that you’re currently working on?”

“I’m currently involved in a play called White Noise and am working with Savage Society Productions. It’s a comedy about racism and I’ll be doing a workshop production of it in February at the Anvil Centre (New Westminster). I’ve also applied to the Short Story Storyhive Indigenous 20 K funding incentive. Fingers crossed.”

Taran Kootenhayoo was an amazing man to talk to. A very personable actor with his heart and soul leading the charge in every performance. His passion for acting has shaped him and led the way to many new experiences. We wish him well in both theatre and film.