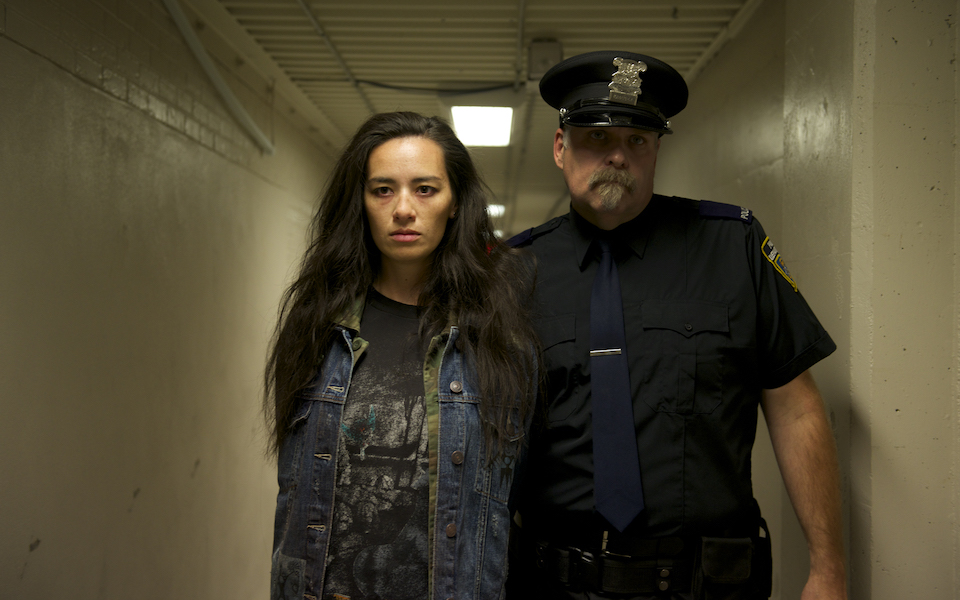 Travelling up to Whistler for the film festival is both a tremendous treat and an event. The drive up this year was dry with no snow in sight. Luckily some snow had landed 2 days later. Unfortunately the lake ice was still too thin for ice fishing so I kept my rod in my truck. Ever since I snagged a giant Musky back in Ontario that almost pulled me through the hole, I’ve been hooked and have wanted payback.

The Whistler Film Festival will make you forget about everything outside of the festival. There is a vibe in the air that gets into your blood system. Whatever your blood type going in, it soon becomes B positive. There are so many inspiring films and filmmakers to see and meet. If it’s not on your bucket list yet, go find that sharpie. I met so many talented actors, directors and producers but I also met so many amazing volunteers that showed up every morning because they are also passionate about films. The festival has a magic essence about it that brings out the best in people. Some of that positive bunch was a group of actors recognized by Whistlers Festival Program, Stars to Watch.  I had spoken to 3 of the 4 and was excited to meet my last guest actor. She was Cara Gee and was an absolute delight to talk to.

“I understand that you are up here representing two films. Can you tell me about them?”

“The first one is called Red Rover, which is a bizarre, awkward, heart-achy, cute comedy starring myself and Kristian Bruun.   He plays a man that’s lost his job and lives in his ex wife’s basement. He’s thinking he’s going to head to Mars. I play a woman handing out flyers to win a trip to Mars. We end up meeting and hijinks ensues. Shane Belcourt directed it and I’m very proud to be part of it. It’s a really fun beautiful little film. The other one I’m in is called, Trouble In The Garden. In that film I play a native woman that has been scooped up and adopted out to a white family. It’s a drama that follows the family’s unraveling and how it happened. Historically, it doesn’t go well as a tactile assimilation of the genocide of Indigenous people in Canada, it speaks to that family’s personal level.”

“Which character was the most difficult to portray?”

“Both characters were pretty easy to slip into. With Red Rover, it’s so rare to be able to play a woman that’s having a nice time. I find so often that as a native and Ojibwe actor I’m often asked to perform trauma. To be able to perform in a romantic comedy, to fall in love, to kiss and really have a joyful time is rare for me. I think it’s worthwhile noting that the director is Indigenous and I think it speaks to the future of Indigenous cinema, where we are interested in telling stories where we can fall in love, where we can have a nice time and celebrate life, joy and beauty. Obviously it’s important to talk about the historical traumas we’ve suffered as a community as well and it’s also important to share stories of joy and love.”

“Is it important to not play roles where the character is a stereo-typed Native?”

“Certainly stereotypes are out of the question. I’m at a point in my career where I can put my foot down and say, ‘no I’m not going to do that because it is not how I want to represent myself or Indigenous women’. Often I’m the only Native person on set or in the room, which is why I think the national conversation around who gets to tell our stories is so important, especially at the festivals. I know there are many Indigenous artists who are writers, directors and I’m so excited to have them be able to blossom and grow and be able to tell our stories, it’s so important.” “Considering you live in LA now do you think it may limit the opportunity to play more Indigenous roles?”

“You know what’s funny is, one of the first films that I booked out there and just wrapped on is a remake of Call of the Wild. It has Omar Sy, who’s a brilliant French actor and Harrison Ford, so it’s going to be something really special. I get to play a Native woman in that and people are becoming more aware that there is a lack of representation in cinema out there.”

“Are there specific roles you’re more attracted to?”

“I have been so fortunate in my career to play such a wide range of characters. One of my favourite roles that I’m currently playing in now is on the TV show called The Expanse. It’s a Sci-fi show set 200 years into the future.  The earth is controlled by the UN, Mars has become an independent nation and there’s a group of people that have lived and worked in the asteroid belt for generations, called Belters. That is an oppressed underclass that mine the belt for resources to send back to the inner planets. I play an engineer that has risen up through the military ranks in the belt. She is a leader and the captain of the ship as well as being so fearless and cool. The show is imaginative, political and philosophical. Being able to do that badass stuff is a dream come true.”

“It’s a beautiful show based on a series of novels. Ty Franck and Daniel Abraham, the writers of the books are extremely involved in the process of creating the show. Two of the men that adapted the screenplay for Children of Men are also producers on the show and write episodes. It really is a collaborative involved community of producers and writers, which makes for a really juicy creative project and is really exciting.”

“How long have you been involved in that show?”

“We’re in the middle of season 4 and my character joined in season 2. We were one of the shows that were cancelled and then brought back. We were on the SYFY network when they cancelled the show and then Amazon Prime picked it up because Jeff Bezos is a personal fan of the show. There was an incredible fan campaign where a plane flew a ‘Save the Expanse’ banner over the Amazon Headquarters. The journey of being part of that show has been wild. It really has been unbelievable.”

The enthusiasm that Cara Gee brought into the interview was comparable to the fireworks competition I watched last summer in Vancouver. She has an incredible future ahead of her and is blazing a trail for other Indigenous actors to follow.  Now living in LA, she has made huge strides throughout her career through working hard and dedication. We wish her the very best and hope to see her success continue.