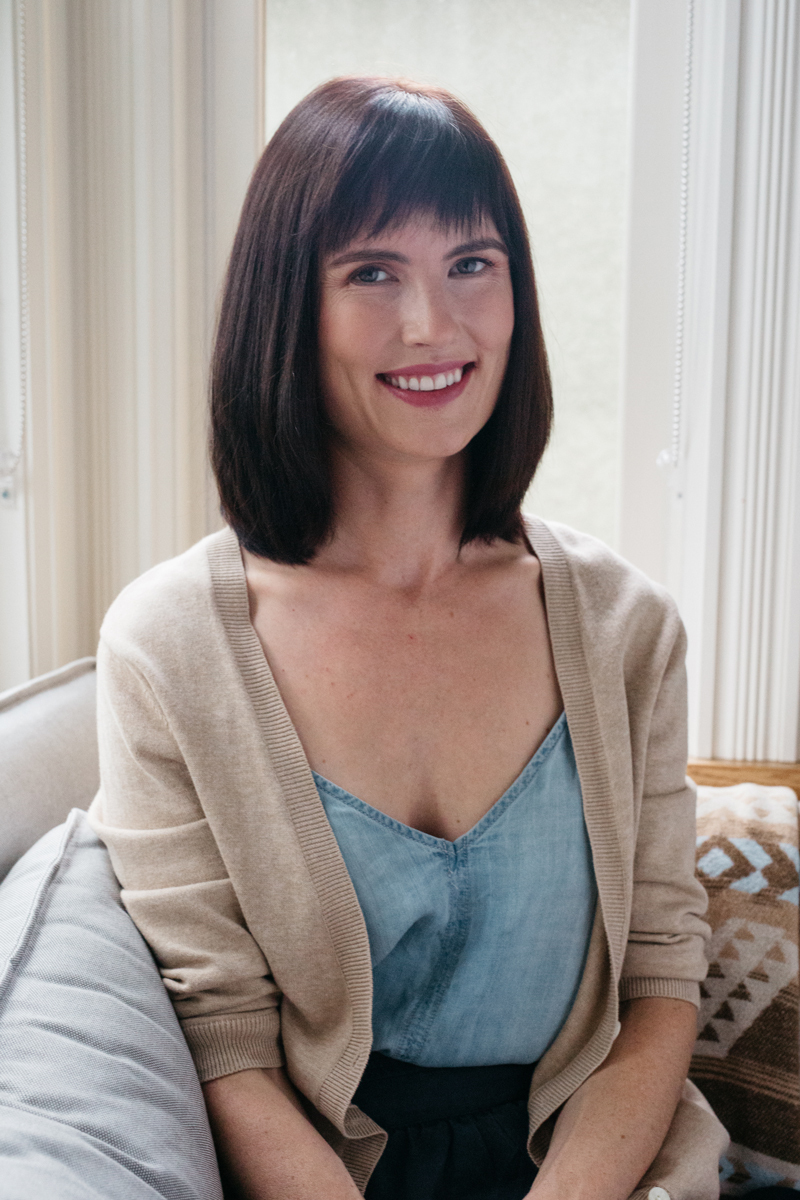 Have you been doing lots of streaming online lately with the pandemic going on? I know I haven’t. There’s only so much time I can spend staring at a screen before I get bored, and eventually fall asleep in my chair like a grandma. But enough of that, let’s get into a streaming service called Hoovie who has joined forces with Films We Like (FWL) to bring out a new program called Preview Club which allows people to see films they can’t find anywhere else. It’s like getting to see a film before it’s general release, and you get treated to a new one every month. I haven’t been to screeners like that in a LONG time, even before COVID. I spoke to Fiona Rayher of Hoovie regarding this great new service and asked her what it’s all about.  Not just about Hoovie (Shaun’s done plenty of that) but definitely more about Preview Club.

HNMAG: So you’re partnering with Films We Like and Summerhill Pyramid Wines, how did the three of you make the plan to come together and create Preview Club?

Fiona: So Mike from FWL called me up one day in the fall of last year and he said, “We should do something together, a movie club, something around pre-releasing films, it would be cool to do something fun and enriching for our audience. We thought of you guys because you kind of do that.” I’ve always loved FWL and their catalogue, so that’s how it all started. It was vague at first, but Preview Club evolved with the wine because I had the idea to do something more experiential and tactile that really brought people together some way when we need to physically stay apart. That’s when I remembered I met this wonderful man at a business conference, Ezra E who was the CEO of Summerhill and sponsored wine for Hoovie in the past for a fundraising dinner. Ezra was on board, and said we could pair a wine with each film. It all worked out, and then in terms of releasing the films, I think what’s happened with FWL and other distributors is their distribution is so different than it used to be. The word-of-mouth buzz is really important before a film gets into theatres and a film gets going. So we decided to pre-release these films before they’re in theatres really trying to create word-of-mouth but in sort of more of an organic way. Subscribers to Preview Club get access to one film per month for just a week-window. Then there’s a VIP event we call happy hour where the viewers come together with the director or subject matter expert and there’s a Q&A, and then a group discussion, so it’s like a book club for movies.

HNMAG: And what are some of the other plans you are initiating as you go forward with it?

Fiona:  Well, we’re testing this out to see if it sticks for people, and we envision partnering with other film industry folks. Festivals, distributors, and also brands, other interesting companies and organizations. As well as influencers to create movie clubs like Preview Club. Another feature within the club is as a member you can host your own movie club in the large movie club. If you’re a member who knows other members and wants to have a more intimate conversation with them, we’ve created a feature where you can send your friends a link on the conference platform and bring them together to talk about a film you watched.

HNMAG: Is there a certain void in the market you are looking to fill?

Fiona: Yeah, we’re looking to fill in a space in the co-watching area. In a way that’s much more rich and rewarding than other platforms in our community. We call ourselves a social cinema platform, and it’s an experience economy model for cinema. The base model for Hoovie is an airbnb movie for cinema, but more and more we’re becoming a movie club model. What we really aim to do is help people a meaningful connection through film. It’s more about people finding each other than it is about the content in most ways. Of course the films have to be powerful because people don’t want to stick around for a conversation if the films aren’t any good. I feel like we’re really taking this movie club to the next level with the wine and the VIP and you can host your own mini club and so on.

HNMAG: How has the partnership with FWL been going?

Fiona: Great. We love working with them, hopefully they feel the same way about us. Michael has been a fan of Hoovies for a long time and has really given us a chance with getting us off the ground with their incredible films when we were starting as a company. I’m forever grateful to have them as a collaborator and I hope we can continue this movie club with them, we call it Volume 1 and I’m hoping we can do Volume 2 and onward.

HNMAG: What will Preview Club offer that is different compared to other platforms?

Fiona: As far as I know, there’s no other platform that is pre-releasing films in this way so people can get a sneak peek before anyone else. That’s different both present and future. Then there’s the movie club option I mentioned. If this works out, I kind of envision doing Preview Club in the same way. Potentially with some tweaks. We MIGHT add something else, but the model we’ve made is really quite interesting and there’s a lot of value for people to have it stick around.

HNMAG: How are films chosen to be a part of this service?

Fiona: FWL chooses the films, and luckily we love the way it curates all their films. It sounds like it’s pretty complicated to pre-release a film because you have to work around the US distributor and you don’t want the viewing window to be too early or too late, but for the theatrical release it’s a bit finicky so they choose the film based on this very particular window that the films can be on something like Hoovie in this way. So far, it’s just 6 films that FWL acquired.

HNMAG: But there should be more films coming out soon?

Fiona: Yeah, hopefully. That’s the plan, if this sticks and grows, I don’t see a reason why it wouldn’t continue.

HNMAG: So it’s just a movie per month, do people get the option of seeing the whole thing or a tiny fraction of the movie?

Fiona: Yeah, you have a week to watch the movie. You can watch half of it one night and finish the rest another night. It would be like renting something on iTunes.

HNMAG: What about the Q&A’s with filmmakers? How will those be operated?

Fiona: Those events are through Zoom, and we engage an arts and culture influencer to be the host. First there’s a conversation between that influencer or the director or subject matter expert, depending on timezones and then there’s a Q&A with everyone in the audience, and then depending on the film, we’ll shoot people into breakout rooms, for kind of a more intimate conversation about the film or we’ll let people stay on officially after the film closes so people can network after the event is over.

HNMAG: Since you’re a streaming service, will you also be looking into getting your own company films made? Like Hoovie originals? Or something else.

Fiona: Yeah, that’s crossed my mind before, but I think what I would be more interested in doing is creating a non-profit arm to Hoovie and somehow creating a fund for filmmakers, new revenue streams, but I would have to think a lot more about it.

HNMAG: Speaking of Hoovie, what was the origin of your company?

Fiona: I used to make films, and I was releasing a film called Fractured Land that was a coming of age film about a young indigenous person looking to expose the gas industry in Canada. We organized this grassroots screening tour up North, and so that people could see the film, there were theatres up there, and people had terrible Wi-fi. The film was on the CBC Documentary channel which very few people had. For this screening tour, we drove for 16 hours, bringing this speaker with a projector and screen up North and people in these communities just hosted the film in all sorts of different outdoor spaces. Not just in the North, but it also began to happen around the South of the province. It was a very rich and rewarding  experience for me to just watch our film be consumed this way, people huddled together in homes and backyards, watching this film and actually reacting. It dawned on me that in the film industry there’s actually very few meaningful ways for people to experience films with others. I wanted to create something and I wanted to create another revenue stream for filmmakers because having gone through the 5 years of labour of love making fractured land, it was really important to me. That’s how Hoovie sparked. It was also birthed because there’s lots of music platforms with live music, but no movie platforms.

Fiona: We are in Vancouver, Canada. Hoovie got going in New York City when I was living there. But then I got pregnant and came back to Canada quickly so we weren’t there for too long. But we’ve been building cinema since 2018, for all intense purposes, we’re in BC.

HNMAG: And how many employees are in the business?

Fiona: At Hoovie, there’s a few employees and a bunch of contractors. FWL is something like that as well.

HNMAG: So Preview Club is pretty small even with both businesses collaborating, but you will definitely expand?

Fiona: Yeah, definitely and work with other companies to make film clubs.

As you can imagine, it sounds pretty impressive. Have a go and check it for yourself. You just might like it.