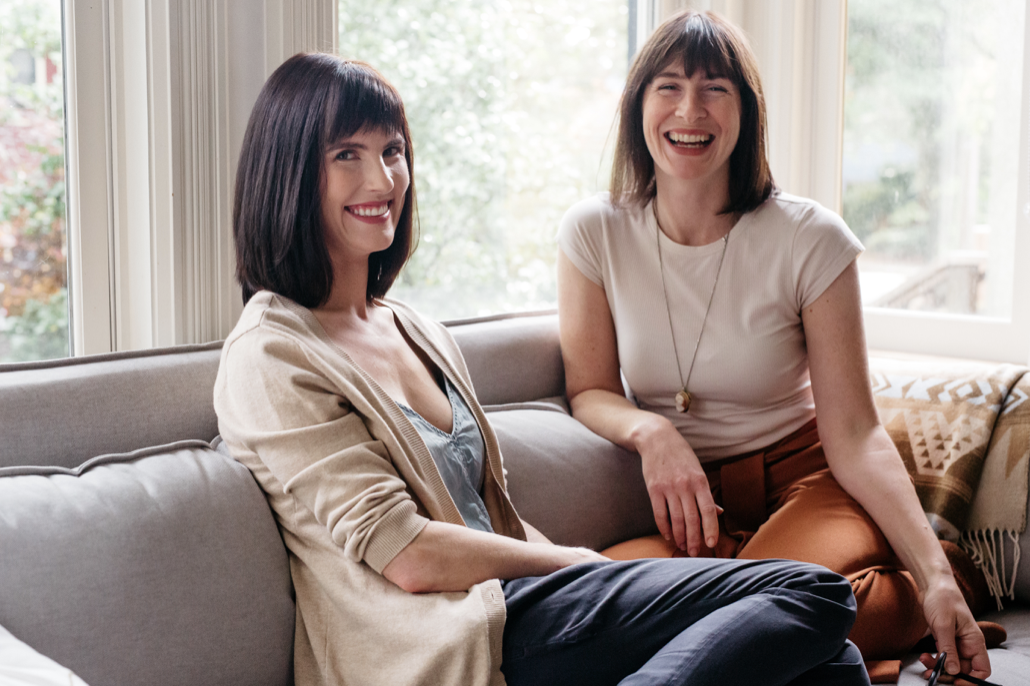 The inaugural year of the 2020s has potentially changed moviegoing forever. Although pockets of theatres in North America have reopened since a near-complete shutdown in mid-March, most are operating at less than half capacity and with the major studios holding back most of their major releases until next year (Disney has opted to release several straight to their exclusive streaming service), there is far less for the adventurous filmgoer to sample.

For those still less-than-comfortable venturing to their local movie house, but find the rather solitary experience of streaming to be lacking the communal spirit, might just find the answer to their quandary in Hoovie; a streaming experience that brings the camaraderie of the theatre to a small screen near you.

To elaborate on this Zoom-inspired moviegoing experience, I spoke to BC-based site founders Fiona Rayher and Hilary Henegar about the latest in virtual filmgoing and where a post-pandemic world will take it.

For the uninitiated, what is Hoovie?

Fiona- Hoovie is a film tech platform that allows anyone to attend or host a film screening with like-minded people virtually. So you watch a film and then you connect with friends and strangers and you talk about the film in conversation before and after.

We used to be very much an offline events company, bringing people together in homes, storefronts, backyards, anywhere, very much an “Airbnb” experiences for film screenings model. Since Covid, we’ve pivoted. We’ve really tried to bring the magic of what we used to do (to) online which I think we’ve done. Fiona- You buy your ticket and then you get to access a screening page by virtue of your having bought a ticket. On the screening page, you see a “Join the Conversation” button and you see a countdown clock for that showing you how much longer you have until the film starts.

You click on the “Join the Conversation” button and it opens that video conferencing window and there you find the host and your fellow guests. You meet each other, the host gives an introduction why they’re hosting this particular film, maybe offer some questions to go around and then right before the film, everyone closes the window and the film player starts the film at the same time for everybody. You watch the film and when the film’s over, you go back and click the “Join the Conversation” button and you have a conversation.

The thing that’s been really interesting has been how when we were offline, the conversations were so rich and when we pivoted to online, we thought there was no way that this was gonna be as good as in person. We thought this would be temporary, but actually it’s pretty incredible how deep the conversations can go, how much fun it is.

In fact, we hear from people how much they love that they don’t have to worry about parking, transit or the logistics, that they can just do it, no big deal. Now that we’ve seen that, we can invest in the technology and create an even more seamless experience than the one I just described, where there’s no clicking around or leaving the environment. You have the conversation and the film in the same space/window and you have all these other features too.

Can you describe the new features you’re working on for Hoovie 2.0?

Fiona- The features that we’re really keen on will be emotive feedback. For example, you’re watching the film, something happens and you’re like “Oh my God!”. In that moment, there’ll be an ability to add something to express your feeling (we want to go beyond the emoji).

There will be other little pieces too, but part of it is making sure that we’re creating an interactive experience (where) you can really feel the people in the room.

Hillary- Another feature is the way in which we keep people connected through Hoovie being more like a movie club model. So people meet each other at these screenings and they come back again and again in the same group at screenings that are weekly or monthly.

It’s a club format, so somebody will host a club on Horror films or Environmental films or whatever it is they want to have ongoing conversations about. I think that really sets us apart.

Where/How do you typically source the films on the platform?

Fiona- From filmmakers and distributors. They’re mostly from distributors in Canada we’ve worked with like Films We Like and KinoSmith.

Hilary- It’s really important to us to curate films for the catalogue that really fit the model. Not just any film is going to fit this model. Some films you watch and you enjoy it, but you don’t have much to say afterwards. So we’ve chosen these films because they’re conversation-sparking, because they’re highly enveloping, and because they’re great films. They’re the kind of films you want to watch with other people and then talk about them.

Currently most the film’s rights are in Canada, but some of the films are in the U.S as well. We’re working on expanding all of the rights and expanding our catalogue in general (while) bringing in new genres as well.

Where do you see the future of Hoovie going in the next few years?

Hilary- We want Hoovie to be the number one way that people engage with each other socially through cinema. Hoovie’s number one goal is to connect people through films. So we wanna be the platform that does that in the most engaging and authentic way.

Hilary- Well we believe that the future of cinema is social. It’s obvious to us that to the extend that we go to theatres anymore, it’s going to be high-tech experiences and people increasingly not going to movie theatres very often.

Studies are showing that people are really lonely and they’re looking to have experiences together. So it’s sort of a no-brainer that people love films and they’re increasingly looking for new ways to experience (them).

It’s really only a matter of time for Hoovie’s model to be the way you watch movies with other people.

Finally, where did the “Hoovie” name come from?

Hilary- It’s “Home” and “Movie” in one. We crowd-sourced the name and people anonymously voted on it. It was pretty amusing how many people really liked the name.

I’m kind of embarrassed I didn’t make that connection myself.

Hilary- You have no idea how many times we’ve heard those exact words (laughs).

Hoovie and its various screenings can be experienced HERE

One thought on “HOOVIE: Virtual Moviegoing with Fiona Rayher and Hilary Henegar”