Freedom! That’s a very positive and important thing we all care about. We don’t want to wait, not one more minute. Nothing discusses freedom better than FreeUp! run by Ngozi Paul. What was once an open-mic act is now on TV and ready to educate people on history and Emancipation Day. It’s an important day as many BIPOC people everywhere in Canada celebrate the Abolition of Slavery Act that went in full effect today August 1st, 1834, which makes it 188 years ago. Incredible. Just incredible.

What better way to celebrate this incredible day than with a two hour TV special made into two segments? What will they teach us? How can they help? I spoke to Ngozi Paul and asked her all about this cool idea for a TV special and she filled me in with an insightful discussion. I can’t wait to see how the show spreads the word and educates people about a highly important day in history.

But for now, let’s let this interview educate us about the special so we know what to expect and get excited about.

HNMAG: Tell me about your 2-hour TV special for FreeUp!. What does the program consist of?

Ngozi Paul: The program consists of two 1-hour shows. The first hour is FreeUp! Emancipation Day 2022, and that is a special that interweaves performances held at different locations in different parts of the country, all celebrating Emancipation Day, as well as historical context about what Emancipation Day is, some past Emancipation Day celebrations that have been rekindled, some wonderful archival content for going down memory lane of Arcana, and of course the Rosemary Saddler award, being presented to Joe Sealy. Then in the 2nd hour of Freedom Talks we have the opportunity to go a little bit deeper, where we open up a conversation between artists and activists talking about what freedom means to them. That’s with personal performances that are very specific to the notion of freedom interwoven in these conversations.

HNMAG: So it’s two shows together.

HNMAG: So how did you get involved with this program hosted by CBC?

Ngozi Paul: FreeUp! started as a live event and it was initially when I first heard of Emancipation Day, I and the team at Emancipation Arts decided to start celebrating Emancipation Day and that was the first FreeUp! which was an open-mic.

HNMAG: And how did it transition from an open-mic event to a TV program?

Ngozi Paul: After that, the festival continued to grow organically and it wasn’t until 2020 that the world shut down and we pivoted and had our first special on CBC arts. Since then all shows are produced by Emancipation Arts.

HNMAG: Why was the subject of freedom the focus for a special?

Ngozi Paul: I think because of Emancipation Day and the idea of freedom is so important to Canadians in this transitional period that we’re going through as the world moves out of the pandemic and it just seemed like a very timely thing for us to go deeper into.

HNMAG: How did you become in charge of the organization of FreeUp?

Ngozi Paul: I’m celebrator in-chief and one of the founders. My company met the president of Emancipation Arts, and we produced the show. But it certainly is a team effort with my producing partners and the great tam I work with at Emancipation Arts.

HNMAG: So what has the team done to help in getting this special made?

Ngozi Paul: There are a lot of moving parts. In the Emancipation Day special, we go to Halifax, St. Catherine’s, Toronto, and it really takes a lot of talented folks to pull this together. 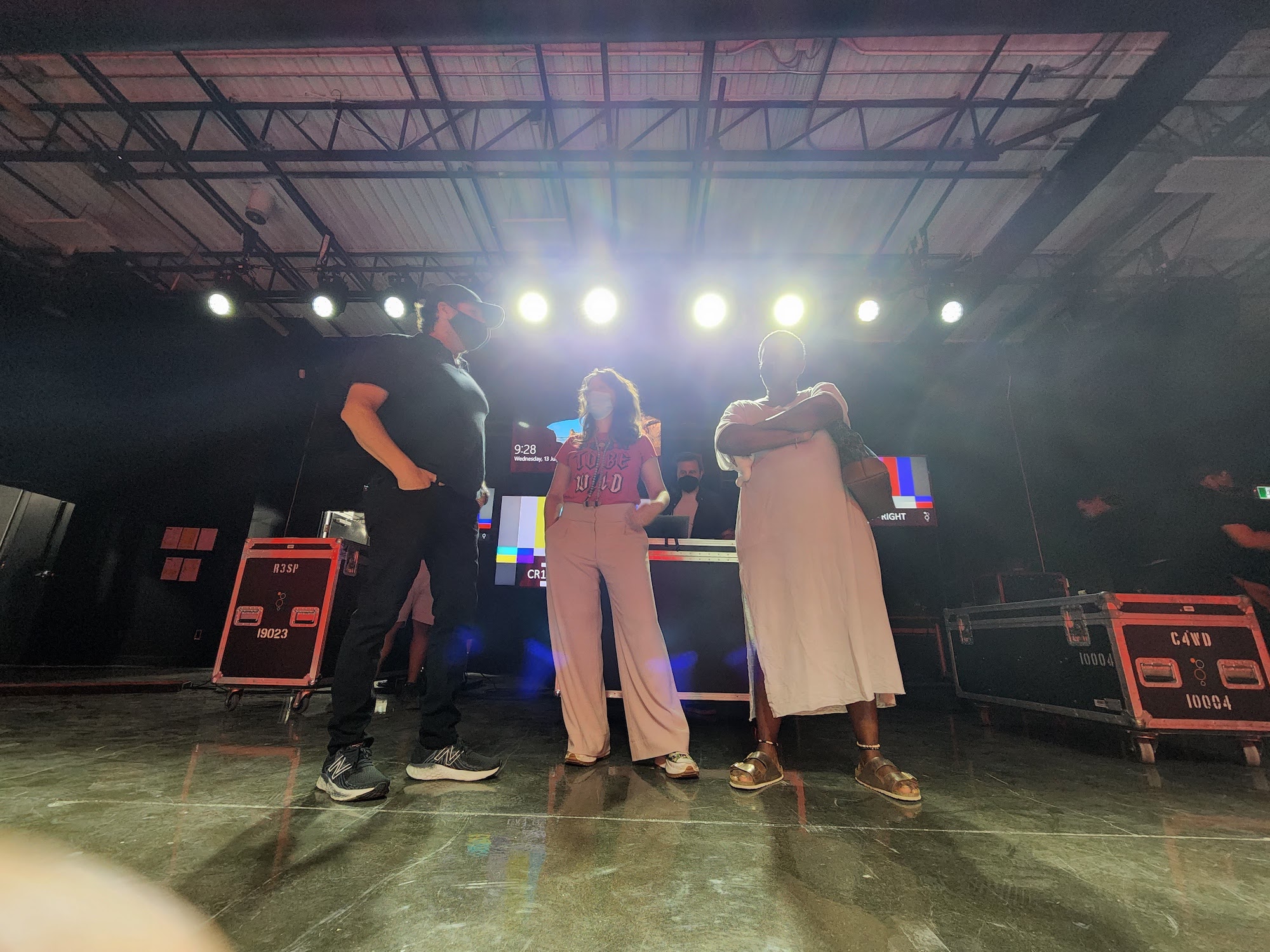 HNMAG: It sounds like there was a lot of travel involved. Just how did you get through so many locations and how long did it take?

Ngozi Paul: We have been in development for a few months and production was for about a month.

HNMAG: How did the process go of getting the TV special through pre-production?

Ngozi Paul: This year was unusual because it’s so funny because now we’re in mid-summer and it’s easy to forget all of the closures and openings. I think there was just a necessity to being flexible and the way you put together your schedule with the different waves of the pandemic that we had in the winter. I would say that it gone relatively smoothly considering the elements and changes that continue to happen with living in this almost post-pandemic world.

HNMAG: Do you feel that because of this, Emancipation Day will get more recognition?

HNMAG: How did you find who to talk to for Freedom Talk, and how to have their stories explained in a way that made sense?

Ngozi Paul: I think the idea was just to create a space that felt comfortable and non-judgemental for the artist to speak about freedom and to feel open and held in that discussion. I find that when you get creative people together to talk about something that matters to them, you need to stand back and allow them to take the lead.

HNMAG: It also features original musicians. Do they sing songs based off actual experiences or were the concepts inspired by something else?

Ngozi Paul: Each one in Freedom Talks are really deeply personal and are interwoven with their own personal experiences.

HNMAG: Seeing as this celebrates freedom, let’s talk a little more about that. What does freedom mean to you?

Ngozi Paul: I feel like it’s almost like love. That answer is constantly changing, but at the moment for me, freedom means the ability to embody the present moment to be at peace and allow myself space and time to feel as though I’m living physically without any hinderances. 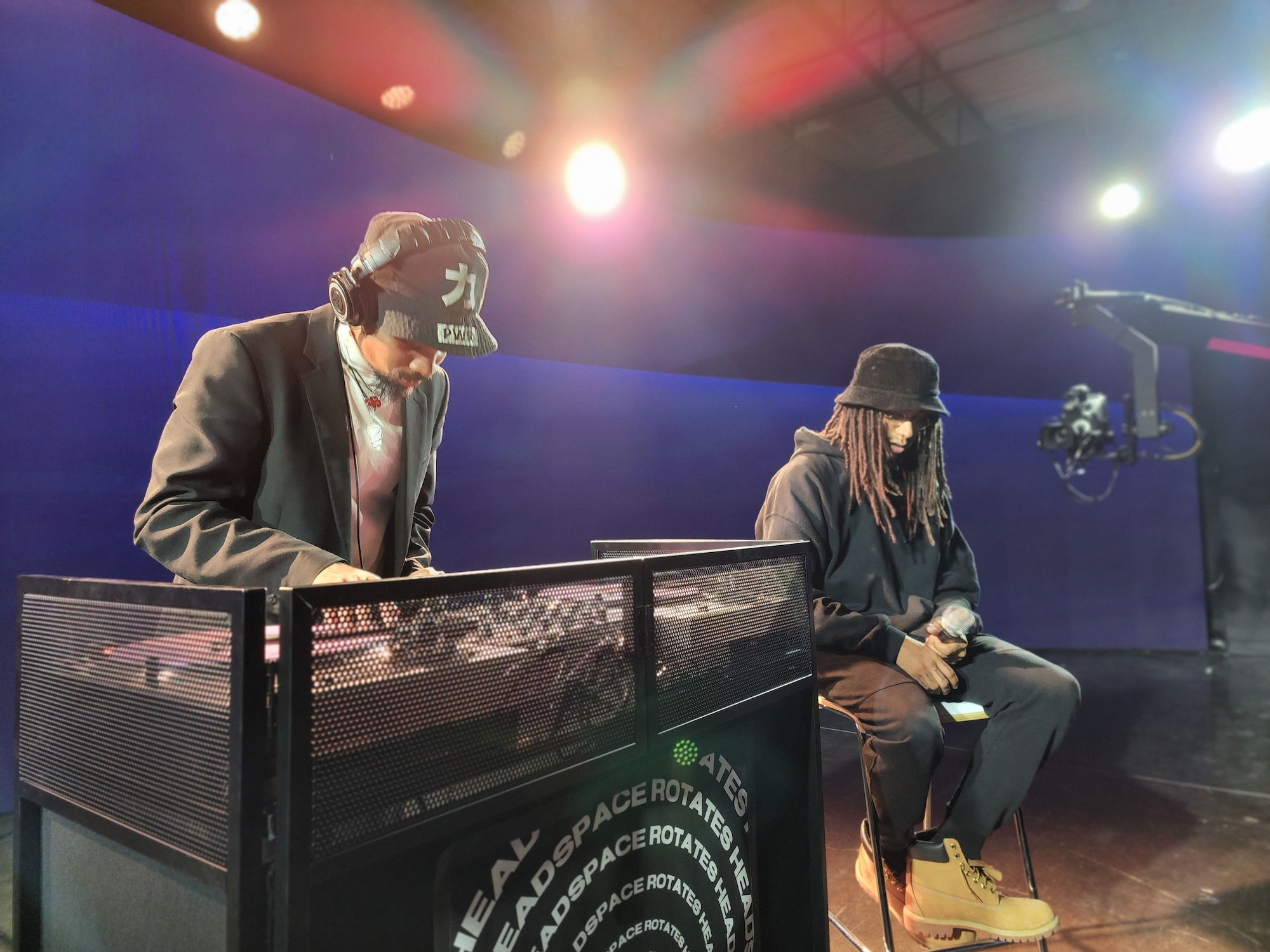 HNMAG: What other factors does FreeUp! celebrate?

Ngozi Paul: Well, I would say that’s pretty expansive. Emancipation Day and Freedom are really our focuses of FreeUp!. For me, it’s an opportunity for me to create a platform to amplify the voices of artists and some existing organizations that are celebrating Emancipation Day. Also to hopefully kindle the spirit of civic engagement and civic discourse. The idea of FreeUp! is to create space, open up spaces, and allow an expansive energy to permeate through our communities and the country.

HNMAG: What’s your biggest hope for the communities involved?

Ngozi Paul: My hope for all communities and Canadians is the opportunity or the celebration of freedom, expansion, and expression. As well as a feeling of pushing the boundaries and expanding the human experience.

HNMAG: Do you plan to make more projects like this in the future?

Ngozi Paul: Yeah, I’m hoping that this will be part of an annual celebration celebrating Emancipation Day as an artist. With Emancipation Arts always looking for ways to cultivate expression, evolution, and the sense of growth and wellness for humanity.

HNMAG: Do you want to make projects on your own like outside of Emancipation Day?

Ngozi Paul: Sure, which I do. Maybe not focusing on this project, it’s the name of my company.

So when will this spectacular show be showing? I know, this evening! Catch ‘em on CBC tonight starting at 8! FreeUp! Emancipation Day will be at 8PM (8:30 NT) and following that is FreeUp! Freedom talks at 9PM (9:30 NT) so keep your eyes open and enjoy the shows as they bring the day to a close, and open up lots of people to fantastic details on what freedom means.