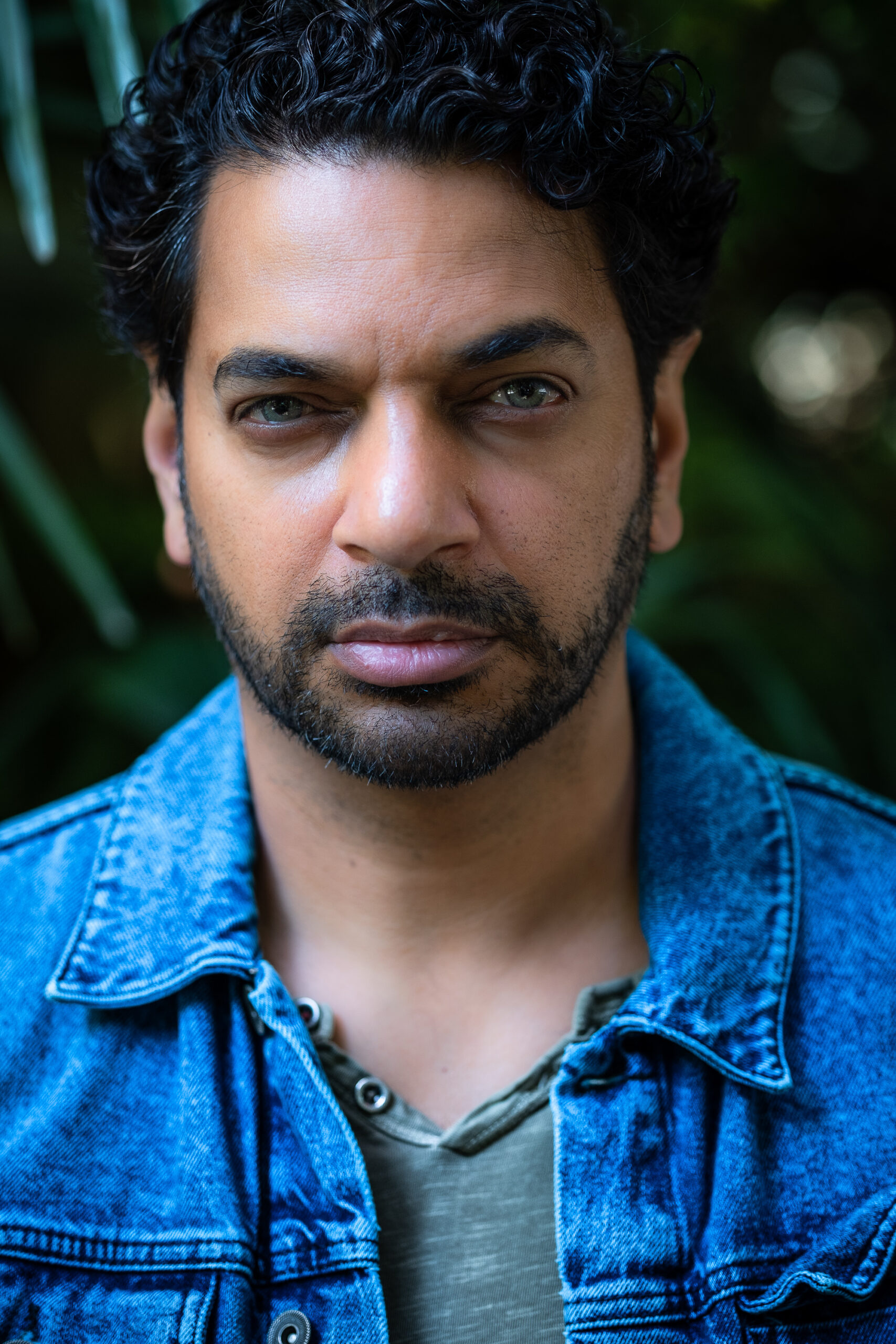 When I began writing reviews on this site, most of my reviews were short films. All I had was an Indieflix account for reviewing and mostly short films were on it, limiting my chances to talk about features. I saw a fair amount of short films. For some of my writers, it was difficult to come up with a review for a short. For me, I struggled at first as well. But lately, it seems like short films are dominating the entertainment/film industry and being showcased at events. Take a look at VSFF, or Crazy 8’s, or East Van Showcase. Man, it feels like I haven’t been to any of those in YEARS. Lots of festivals have short film showcases. But not many short film festivals except for the one I just mentioned.

That’s why Christopher Logan went from showcasing films to full festival upgrade. I spoke to him about his newest best idea for short films through a quick simple but descriptive chat. While it may have been shot, it had a lot to offer. Just like a short film.

HNMAG: So I understand Sunday Shorts started as a simple showcase. How did you come up with it?

Christopher: To be honest, I had a lot of friends who were filmmakers making short films, and I started hearing a lot about a short film called The Shipment, which was directed by Bobby Bala, and starring Alex Paunovic. I was wondering where I could see it, and I realized there was no one in town to watch it. After I went looking into that, I started talking to other people about short films and they had the same problem where they couldn’t find locally made short films. It all started with a group of friends who made short films, we invited them first and expanded out from there. It was a way of showcasing the work here because we had trouble finding it.

HNMAG: And how did it become a festival?

Christopher: It became a bit of a benefit with what everyone’s been going through with COVID and the lockdown as a lot of things have become virtual. I was looking into doing the event again but I wanted to wait for the protocols and make sure it was safe for everybody. Then I was pitching on Filmfreeway for 3 other shorts that I’ve written and directed and are in festivals at the moment, and I came across this page saying that the newer festivals popping up are all virtual. It got me thinking into doing a virtual festival and that cemented the process in my brain. I started looking into it and realized we already had a showcase, we could just graduate it along up to worldwide submissions and approach sponsors to make up some decent packages for filmmakers to win.

Christopher explained to me that these films were ones he worked on. Never. and Thoughts and Prayers. Of course there was also Kiri and The Girl, but that’s another story. He not only showcases short films, but makes them as well.

HNMAG: Do you plan to make it in-person once the pandemic is over?

Christopher: Originally it was Sunday Shorts in the Park Theatre and we’re still going to have that live show. It will be very Vancouver-heavy celebrating Vancouver filmmakers with a spattering of international as well. We are also going to have an online virtual festival next year which will be reaching with a lot more international content and probably somewhere between 50 and 100 short films available online.

HNMAG: Why are short films so important?

Christopher: Short films are where people find their voice. I’m saying this from the angle of both a filmmaker and an actor. It’s how writers find out how to tell a story both quickly and impactfully. It’s where directors test the waters to see where it does and doesn’t work.

HNMAG: What about actors, how do short films apply to them?

Christopher: It’s where actors start building up a resume and start getting things for demo reels. It’s where you see people start. You actually start to see who they are. Later in life we see the established blockbuster director Snyder or actors who are showing up at everything. But it’s really nice to see who they are and where they are at the beginning. It’s important for filmmakers and actors, but for the audience it’s really interesting to see where people start at. Having a festival that showcases those origins is kind of cool.

HNMAG: Do you feel short films are better than features, and if so how?

Christopher: I wouldn’t say, better. I kind of think of them as a different animal. With a short, you’re trying to tell something really quickly. It’s almost like if you were comparing a feature to a series. You have so much time to build a character over generations, over years. With a feature, it has to have a beginning, middle and end. With a short film, sometimes it’s just a snippet or piece of somebody’s life, or a quick twist at the end, or very succinct point of view.

He went on telling me that short films seem to have a wider scope of what they deal with and handle, because they’re not locked into the established narrative form. He feels that short films have more thinking outside the box.

HNMAG: Is it also much easier to tell a story that way?

Christopher: I believe it’s easier for people to jump in and do it. Attacking a feature in the beginning seems a bit more like a daunting task. That’s why a lot of people start with shorts, because it’s a less to start with. You get your feet wet but what the idea is, whether it’s a big complex idea told in a simple way, or a tiny gem, is up to you.

HNMAG: You’ve also acted in some shorts, do you prefer to act in short films instead of features and tv series or do you feel they’re on the same level?

Christopher: I think they’re on the same level. I started as an actor, then got more into producing and writing. I’m still working at everything, but when I make short films it seems to be a personal moment, at a personal point of view with what I want to say. I am working towards features, and they’re grander things to me. They’re like giant fairytale fantasies, more romantic in their approach to things, whereas the shorts have more of a socio-political path.

HNMAG: Some reviewers find it difficult to review short films. Do you feel that maybe short films will catch on more if festivals like these happen?

Christopher: I am hoping so, one of the things we’re trying to do is get a lot of press for short film. We’ve actually partnered with Pink Media which works with a lot of the LGBT sites and networks, and they will be doing a lot of interviews with selections that are LGBT. We’re trying to find a network for other niches as well. Like Indigenous, the Women in Film entries, and try to make sure we get as much press as possible. Anything they get like that is a huge approach towards distribution, it helps get them press, gets them following on social media.

HNMAG: Are there any other partners coming forward?

Christopher: Our sponsors at the moment are William F White’s, UBCP-ACTRA, Passion Flix, will be providing prizes. Also we have VFS and we will be doing a student film showcase at the beginning of the festival.

HNMAG: In terms of submissions, what do you look for in a short that makes it suitable for your festival?

Christopher: To be honest, there’s a wide range of categories, but we’re just looking for something that has a strong point of view or something to say, and they took the time to make it. It doesn’t have to have the best production value, or be completely formed. Some short films are beautiful because they have a visual aesthetic and are like a lyrical poem that don’t have a lot of story. Some have a story but they don’t have the production value of a major feature. We just want to find things that have a little gem in them. We have a lot of first round judges, who are getting assigned the films. The ones with the highest ratings go on to our industry panel, which is about 10 people weighted into the industry and make the final decisions with who the winners are.

HNMAG: Is the plan for the film to be annual?

Christopher: I’m looking at annually at the moment. We will be doing Sunday at the Park with Shorts every year. The virtual festival which will have a larger reach will go on for 1-2 weeks. That’ll help promote the filmmakers around the world.

HNMAG: What are some of your favourite short films?

Christopher: The Cat Came Back, which was one of the last short films I ever saw before a movie. It was quite lovely and impactful. I’m quite partial to The Shipment, because it was one of the films that started me on this process, and I like Kiri and the Girl because it has my heart right now.

It was impressive to hear all about this festival and short films. But there’s more. Check out what these people have to say, and find some more information on Christopher Logan’s official website.