Recently, AppleTV+ has started streaming a new series called Five Days At Memorial which focuses on the horrific aftermath of Hurricane Katrina. I’m sure we all know about some of the horrible things that happened to the poor people all the way out in New Orleans, as mentioned on the news, but there are some things that were never showcased in the news, which is kind of disturbing in my opinion. I definitely have a desire for more details these days, so I spoke to Malube about her new role in this new series. Put on your scrubs and let’s check in to this interview. The procedure will be… informative.

HNMAG: So tell me about your character, Tarika Hill.

Malube Uhindu-Gingala: She’s a nurse, at Memorial Hospital and she’s very personable, charismatic. She loves her job and will do just about anything to help her patients to make sure everyone is safe at the hospital. She gets along with everyone, and is kind of the comedic relief of the group.

HNMAG: Does her character explore lots more other places or is she committed to staying at the hospital?

HNMAG: Five Days At Memorial looks like a very intense production. Was it hard for you to get used to such a production and role?

Malube Uhindu-Gingala: It was challenging for me to get used to the gravity of what the story is about. The story is fictional and I wanted to do as much as I could to honour the story and the people who were through Hurricane Katrina. When I was first told I got the role of Tarika Hill, the first thing I did was order the book Five Days at Memorial by Sheri Fink which is what the show was based on. I did my research, highlighted everything, and watched videos. But nothing compared to going on set and actually wearing the scrubs. The scrubs were changed throughout the days we were filming, so on Day 1 they were nice and clean and pressed, vs Day 3 when they had sweat, which really put me into the circumstances of what was going on in the scene. The tone of the show and being on set was very very grim which helped a lot.

HNMAG: So have you been on any similar productions, in any roles, or even had some similar life experiences?

Malube Uhindu-Gingala: Fortunately, I have not yet been in a life experience like that. But I would love to play a doctor one day. Like a headchief, because you don’t see that often. It’d be nice to see someone with my body, and my level of experience in life to play that role. In terms of roles with that level of gravity and intensity, I was on Handmaid’s Tale last year which was intense and set in the future. The roles coming up are not intense, they’re 180 degrees on the other side of the spectrum. But I’m looking forward to people seeing that other side as me as well.

HNMAG: How much of the set was real and how much of it was CG environments?

Malube Uhindu-Gingala: Some of the hospital scenes were shot in Branson Hospital in Toronto. In Hamilton, where we shot most of the flooding scenes, and helipad scenes, those were fake. I remember going to set and seeing the flood with my very eyes and thinking “Wow, this looks very very real.”. But there was a mixture.

HNMAG: So you must’ve spent some time in these fake environments. Was it a new challenge or something new for you?

Malube Uhindu-Gingala: It was definitely a new challenge that I welcome. But I really like this part of my job and I welcome more of it. Being on the set again took me by surprise because there was so much special effects being done in front of my eyes. 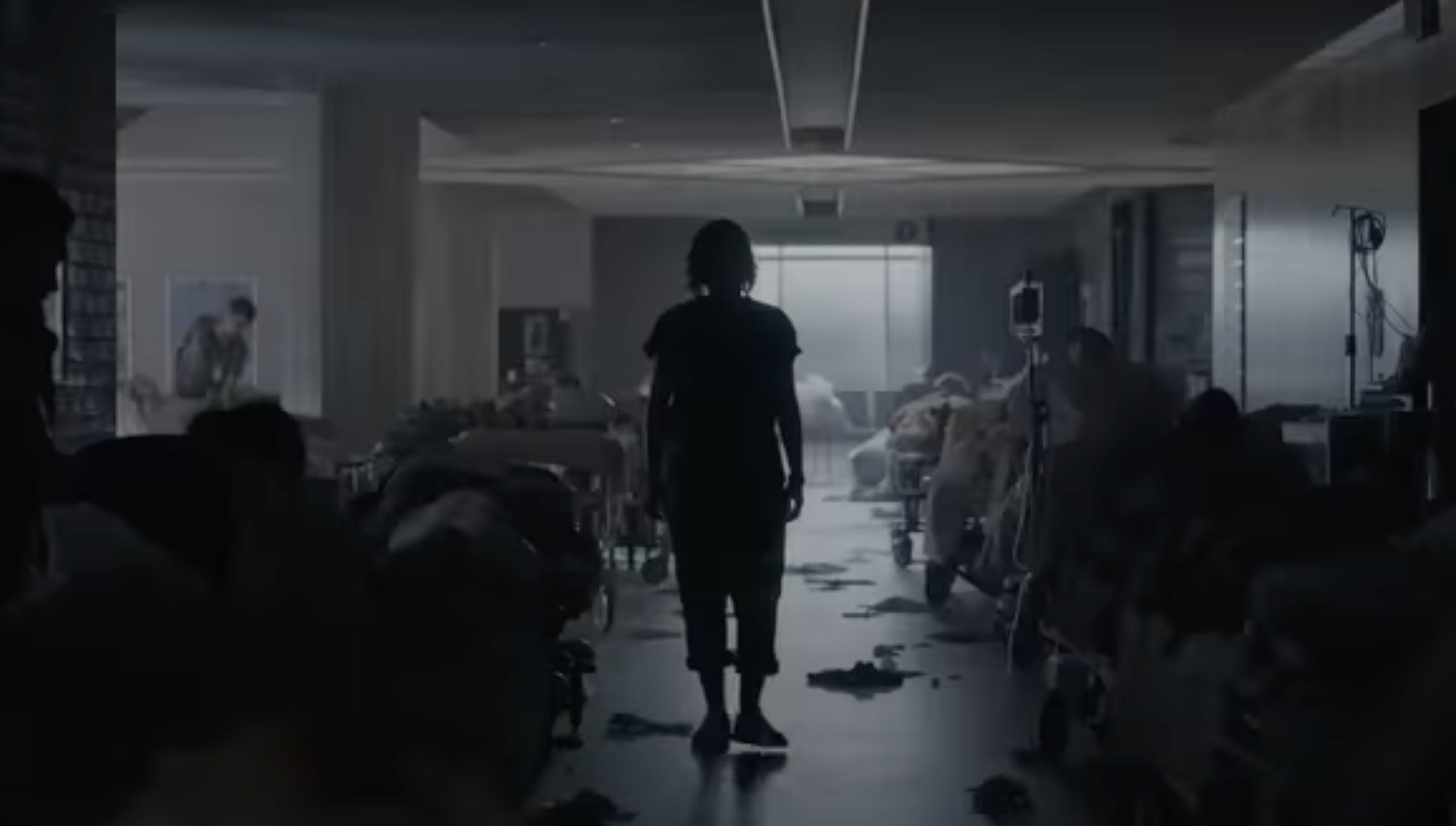 Malube said these effects were being done while she and the other actors were in their roles and it really helped them get the scene finished.

HNMAG: Given how Toronto is used as a set of New Orleans, do you feel the two places have a lot of similarities?

Malube Uhindu-Gingala: That I don’t know because I’ve never been to New Orleans and I would love to go.

HNMAG: So if you could go there for a role would you do it?

Malube Uhindu-Gingala: I’d love to go there for film work and to have fun. I heard that Mardi Gras is amazing, and that the people are really really nice.

HNMAG: Since it’s a US based production, what do you feel is a distinct difference between productions from US and productions made locally in Toronto?

Malube Uhindu-Gingala: I don’t know if there’s much of a difference for me and my personal experience. I’ve enjoyed both because each experience has been different for me.

HNMAG: Given all the work Five Days At Memorial must’ve gone through, how long did production last?

Malube Uhindu-Gingala: For 4 months so that was most of the summer of 2021, and we ended in the fall.

HNMAG: Were there any big issues on set during that time?

Malube Uhindu-Gingala: There were no issues on set that i recall. I thought something was really funny though. At the end of May, we had this weird snowstorm in Toronto and all of the Canadians on set were like “Yeah, we’re used to this.” But most of the American actors were just in awe, they were taking pictures and calling their families, going “You guys, it’s snowing and it’s almost June!”.

HNMAG: What about the crew? Were they fun to get along with?

Malube Uhindu-Gingala: Absolutely! There was a lot of crew in this production. Because I think an aspect of the story we were telling, everyone was very gentle with one another. Most of the projects I’ve been on, people are really nice and kind because we’re here to tell a story. This production in particular, since its taking place 17 years ago, it’s still fresh in people’s minds and still a part of their life experiences. I found the crew to be very tender and treating everyone with care. 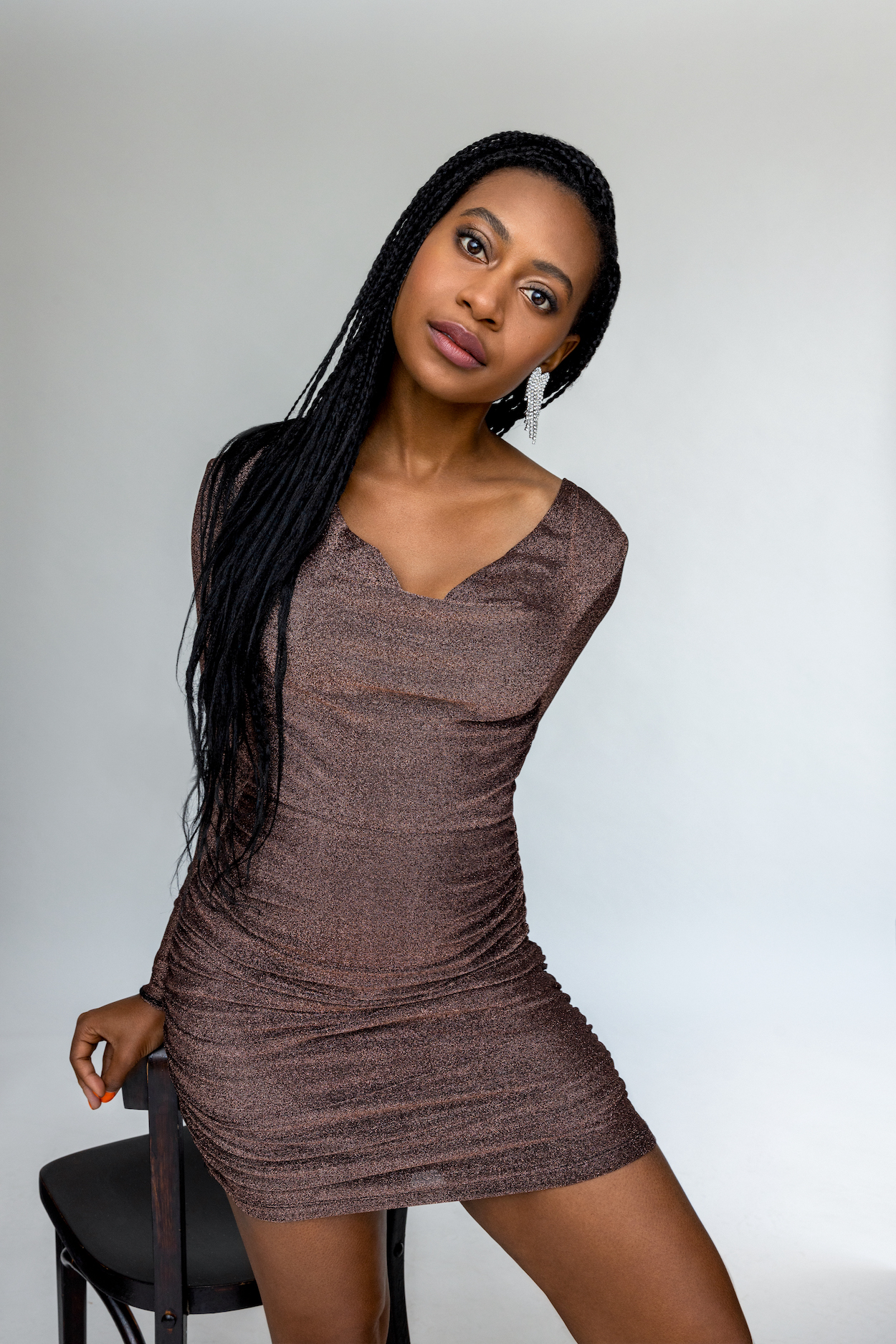 Further on with explaining behind the scenes, Malube said this was during a time when the COVID vaccine was being rolled out. It was a very soft time for everyone since they weren’t really getting together too much and it was all around kindness with everyone going through so much which helped to tell the story.

HNMAG: You’ve been on quite a couple series and mini-series in the past. Do you hope to do more features?

Malube Uhindu-Gingala: Absolutely! I have a feature film coming out during Christmas, but I’m really excited to tell people about it because it’s a lot of fun. I definitely see a lot more features in the future and I also love this form of storytelling in feature films. You sit down for over an hour, watch the film, and then it’s done. This is what I also love about a TV mini-series because you watch the show for a couple of weeks, you have the story, and it’s over. Then you’re stuck with a bunch of questions.

HNMAG: Do you hope to be in more productions like Five Days At Memorial?

Malube Uhindu-Gingala: I’m really interested in shows that have a lot of detail. Working with John Ridley and Carlton Hughes and seeing how specific things are and how they were so wonderful in executing their vision. I’d really love to continue working with directors this way because it’s really good to go for specificity in filmmaking and storytelling.

HNMAG: What do you think audiences have discovered from watching it?

Malube Uhindu-Gingala: I get this question all the time, and I don’t know. I know there are people feeling sad and helpless. I’m feeling that show is very dark because it’s grounded in reality and I’ve heard people say that it’s captivating and engaging and they’re on for a roller coaster. Personally, I would like the audience to come out of this experience having a level of empathy where not everything is black and white. This is an opportunity for you to get into a story and exercise your own opinion.

HNMAG: Do you also feel the audience learned a lot more about Hurricane Katrina?

Malube Uhindu-Gingala: I’ve had family and friends message me saying they didn’t know it was like in the series. The news coverage I saw back in the day covered some parts but not all and this is why we’re telling the story.

I can’t wait to see what Malube will be up to next. In the meantime, go check out Five Days At Memorial on Apple TV+ today. With all the good buzz it’s getting, it’ll definitely be worth your time. Who knows? You might have a new perspective or an improved one if you’ve witnessed the horrific events of Hurricane Katrina and discover some things you never knew.