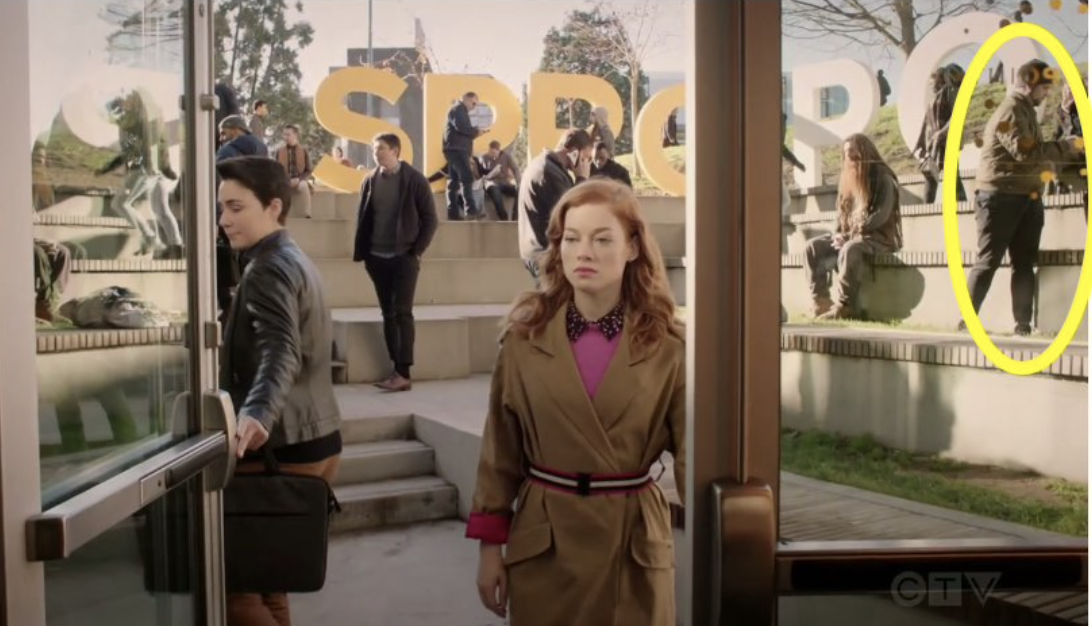 It’s become clearer to me with the passing of time that I had attempted to end my “Tales from the Background” series rather prematurely. Since the last entry (itself an epilogue to my supposed “final” entry), I’ve recalled at least three other shows I’ve done background performance on. I’ll attempt to rectify this oversight in no particular order, starting with my appearance on NBC’s canceled-too-soon musical comedy series, Zoey’s Extraordinary Playlist.

Starring Jane Levy as the titular heroine, Playlist centres on Zoey, an up and coming engineer at a Silicon Valley tech firm who gains the unusual ability to perceive the innermost thoughts of those around her in the form of song and dance after an MRI gone wrong. I can’t tell you much more than that as I only watched my episode which was the eighth entry of the first season entitled “Zoey’s Extraordinary Glitch”.

While most of my background gigs came courtesy of BCF Casting, this particular job came via the InMotion agency which generally got me onto bigger shows, especially Arrowverse ones (see previous entries). Shooting took place on November 20, 2019 at the University of British Columbia campus. My role was “Park Person/Lobby BG”.

Vancouver tends to double California best during the summer months and while the sun was shining, the air was rather chilly which forced a distinctly warm-toned autumn look among the costumes. I myself was clad in my own brown jacket, jeans, and a toque, the latter being the sole piece lent from the wardrobe department.

There were two scenes. The first was out on the grassy promenade which called for plenty of us “park people” to crisscross the background as Jane walked towards the camera, her Zoey character apparently lost in thought. I was deep in the background for this and didn’t make what ended up being a fleeting 5 second shot in the final episode. One interesting bit of set dec was a “trolley” which ran by camera with its wheels hidden by grass to simulate a streetcar.

The second scene was considerably more elaborate. I could see a multitude of dancers through the windows of the atrium from the amphitheatre where I was stationed. The coordinators asked us to “circle” through the background to give the illusion of there being more people than there actually was. Being curious about the core of the scene, I plotted my course to take me inside the building to get a better look at the goings on. You can see at least some of the impressive results here.

Zoey seemed to fill the TV musical-comedy void left by Glee when it went off the air back in 2015. While rewatching parts of my episode, I also peaked at clips from others from the show’s lone two seasons and have resolved to give the show the chance that both myself and I suspect many others didn’t during its brief run. Perhaps you should do likewise yourself, and not just because I’m in it. 😉

Zoey’s Extraordinary Playlist is currently available to stream on Paramount+