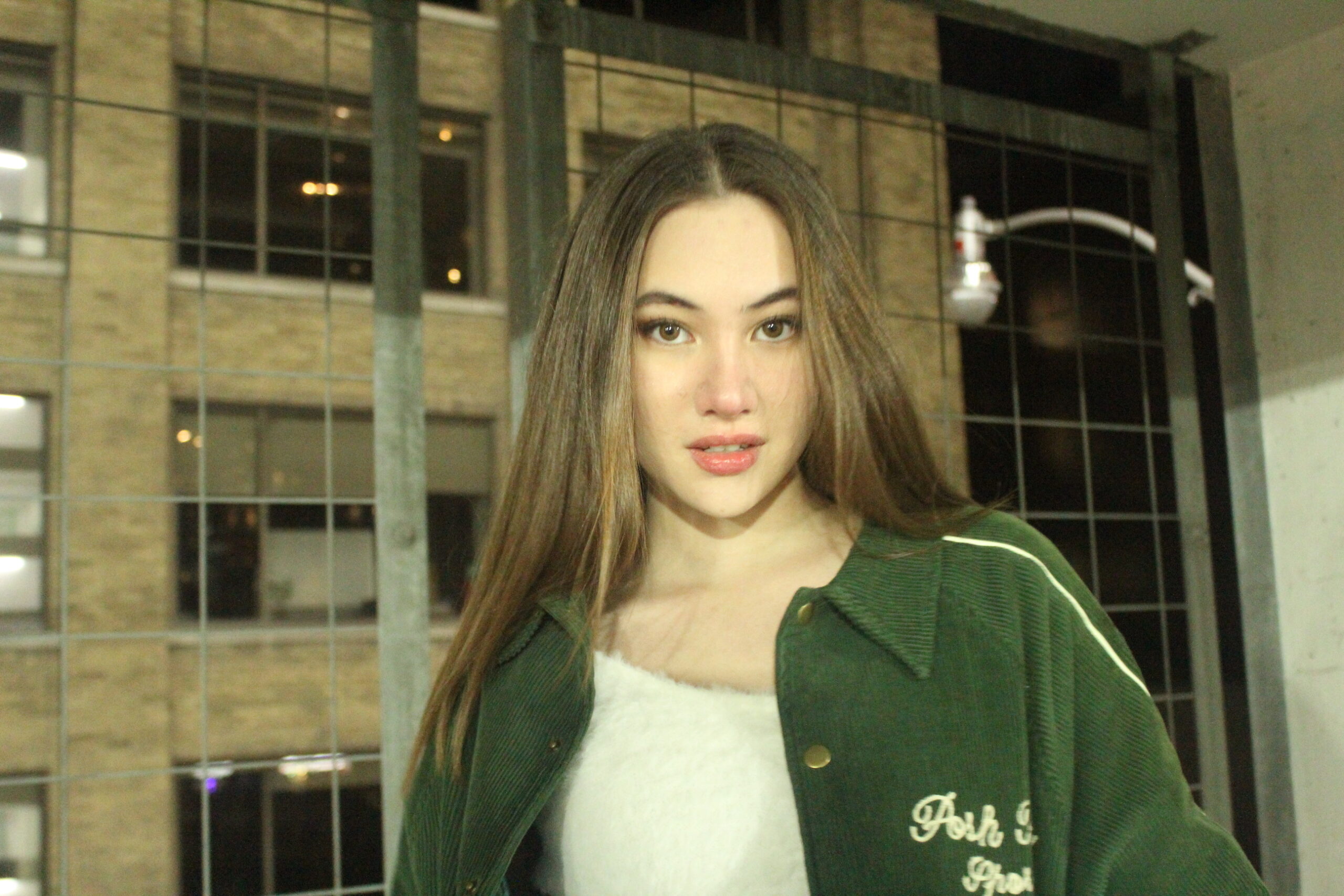 There’s some new upcoming talent out there, and they want to take on new forms of film work, doing more than one job. Such as the young and talented Athena Park. Known already for playing her role as Savannah in Holly Hobbie, Athena has made quite a bit of progress lately even taking her first feature role in The Swearing Jar, and will be continuing to go even further as she decides to pursue other interests of working behind a camera. By doing so, she just may learn how to interact with any talent she has in her films. What am I talking about? I’m talking about a young aspiring actress who’s aspiring to also become a director. The youth these days is getting more ambitious and I am impressed. I spoke to Athena with a quick simple chat to learn more about her new strides and what she was up to in the near future, as well as what else she’s been up to recently.

HNMAG: I heard you’re reprising a role in Holly Hobbie. You play Savannah, is the character a lot like you in real life?

Athena Park: I would say, yeah. Savannah is a lot like me, she holds a very free spirit and is spontaneous regarding whatever she wants to do at any time. I’m really spontaneous, I find. Especially when trying to create plans with my friends.

HNMAG: And what was it like at first on Holly Hobbie? Was it hard to adjust, or did you really get into the show?

Athena Park: Going into Holly Hobbie, I thought it would be quite difficult to adjust especially being my first big role in a TV show. But I realized with the help of my co-stars, they made it 10 times better to go to set everyday. I was so excited to go to set because of them, so I was more confident while performing. It was a really good experience.

HNMAG: And was there anything different about this season’s shoot besides the COVID protocols?

Athena Park: I feel like a lot of us didn’t talk to each other in a long time, so we kind of had to hang out a little off-set before we got to shooting so we could catch up with each other, go to dinner, etc. We really got to know each other again through COVID and all.

HNMAG: How did it feel to reconnect with everybody after such a long time?

Athena Park: It felt GREAT, because I wasn’t doing my craft during COVID which is being an actor and going to set. My passion wasn’t in use, so it felt really great to get back at it with my friends.

HNMAG: What can the audience expect from this season?

Athena Park: I feel there’s going to be a LOT more changes in season 4. BIG changes especially regarding friendships, but season 5 is a lot more detailed. It really shows the coming together for a final time.

HNMAG: So this could be the end for Holly Hobbie?

Athena Park: They speculate this could be the end, but it comes to a really great end.

HNMAG: But hopefully there will be some kind of reunion in the future, right?

Athena Park: Totally, yeah. We were talking about creating a Christmas special one day as a joke, but who knows? That definitely could turn into a thing.

HNMAG: Now let’s talk about The Swearing Jar. What is your role in that film?

Athena Park: I play Robin, who is a music student of Carey, the main character. I was really honoured to do a scene with Kathleen Turner, she’s an amazing actress. They also honoured me with singing a song in Carey’s that is the character’s turning point in the movie, so when you’re watching her go through this really tough experience, you hear my voice in the background. That was a really big honour.

HNMAG: And did you feel good about getting such an interesting part?

Athena Park: Yeah, considering it was my first feature film ever. It was great, and a lot of fun, I learned a lot just from being beside amazing actors. 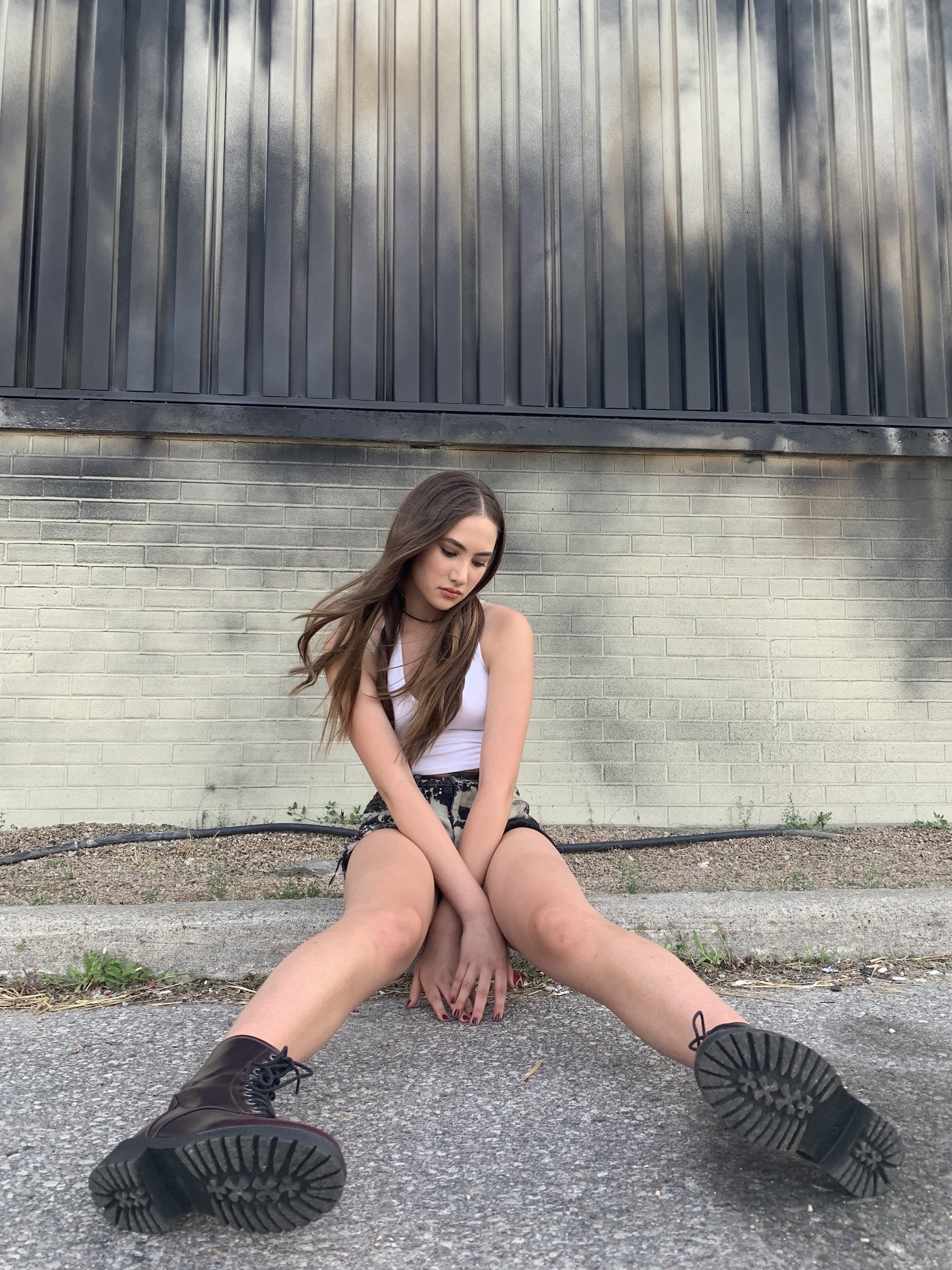 HNMAG: And was it fun working with these amazing actors too?

HNMAG: Besides the actors, did you also have a great experience with the director and crewmembers?

Athena Park: Amazing. Even though it was during COVID, it was a good time. They made it work, it was so efficient, and even though we shot it during summer it was so hot. We were sweating nonstop, but everyone had a good attitude and everything was a really great experience.

HNMAG: And what were some of the most important things you learned while on set?

Athena Park: One of the most important things that I’ve learned that when shooting a feature film, I thought it was going to be way longer of a shoot because I just grew up thinking that features were a year’s long shoot. What I’ve realized about The Swearing Jar is that it’s a very particular film. Some feature films can be shot in a very short amount of time, and still be an hour and a half long. That’s a really good lesson for actors, you don’t really have that much time to develop those roots for the characters.

HNMAG: I also understand you’re going to the University of Toronto this fall. What courses will you be taking?

Athena Park: Well, I’m going to be studying in Cinema Studies and Bio Ethics. Some of the courses I got to play around with were being a director and I got a drama course. Then I got a Bio Ethics course and something philosophy-based.

HNMAG: It sounds like you’re studying filmmaking. Do you plan to make your own films in the future?

Athena Park: Totally, I’m actually very excited to learn more because you learn so much from being on set. But it’s so much more to learn the textbook versions of it, I feel that the person needs to be there and experience it in real-life time to really understand when you go to school for it and put your mind to it, then you get a focus on what you’re learning and how you’re learning it.

HNMAG: Will you still find a way to focus on acting?

HNMAG: So what kind of films do you plan on making?

Athena Park: Because I’ve dived in a little to producing, I produced two short films and one feature film. Because I got a bigger role from outside, stepping up from producer to actor, I get to have a little bit more control on set and how things are filmed. From learning that amount of leadership that I had to step up to, I think I would definitely want to go to directing. As a director, I think I would want to a good dramedy, definitely. The most talented directors come from there, because it’s hard.

HNMAG: Out of the roles you’ve done so far, which would be your personal favourite?

Athena Park: Definitely Zoe from Plan Z, which was a zombie apocalypse short film. That was my second time producing and I loved it. Although, getting all the way up to set, we hold a bunch of the camera equipment. Some of the stuff in the car behind us got stuck in a snow bank so then it delayed our shoot by a good couple of hours. That was scary, but we dealt with it. It was fine, kept us on our toes.

Athena Park shows great potential in becoming a director, especially with her background in acting and producing. Keep an eye out for new films from here, and in the meantime, check out the last of Holly Hobbie if you can, and watch for The Swearing Jar as it comes out in Fall 2022. Alongside Athena, you’ll see great people like Adelaide Clemens, Patrick J. Adams, and Douglas Smith. And let’s not forget Kathleen Turner!