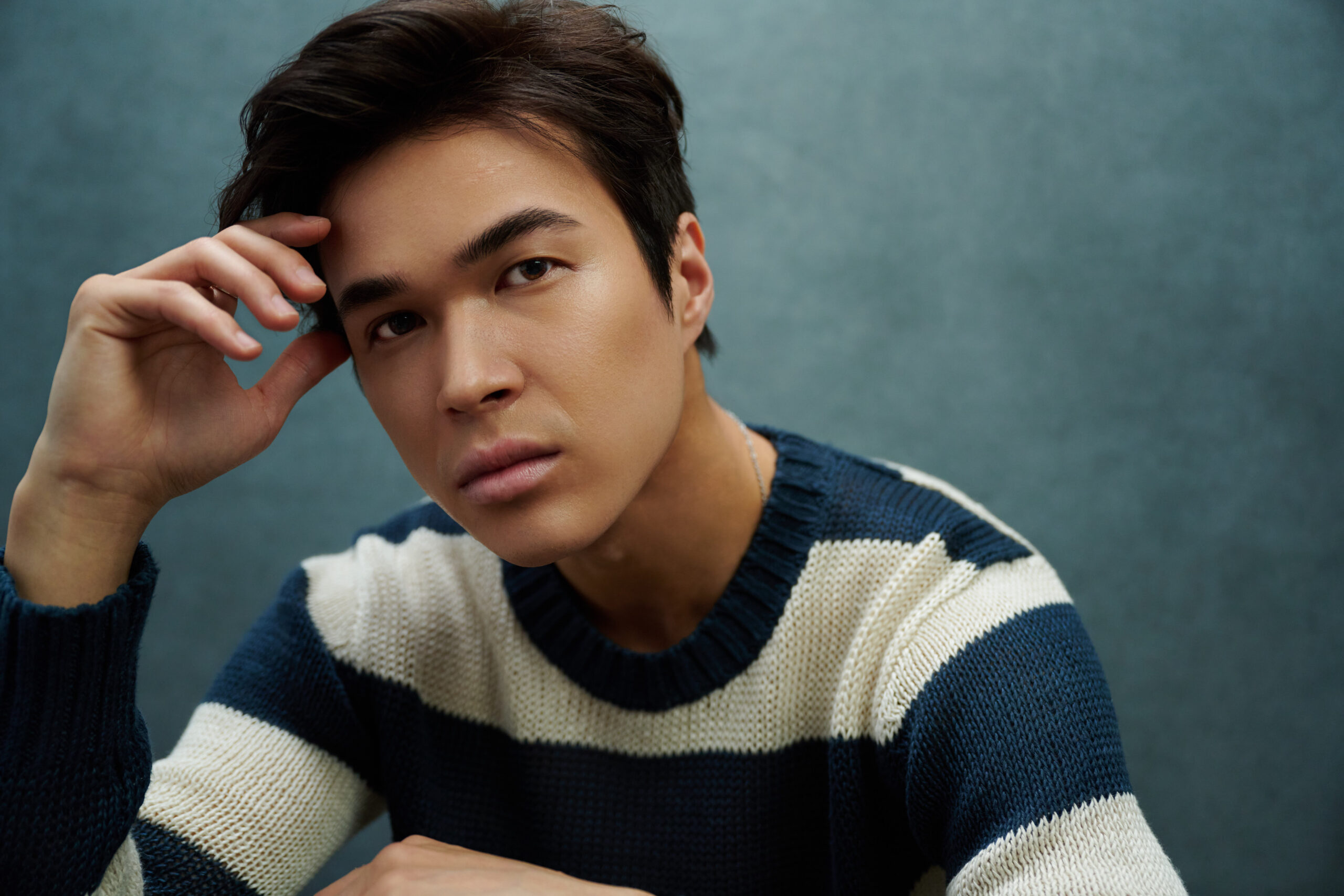 Canada is never short of talent, especially of the multi-cultural kind. For example, Kai Bradbury. He’s done some previous work in one of my favourite series of all time, and he’s been getting lots of roles recently. Such as his role as Denny in Virgin River. There isn’t too much that can be given away, but there are some fascinating details about the series that Kai was able to tell me and he even went into detail about some of his other roles as well. So without further ado, let’s learn some more about Kai today.

HNMAG: Tell me a little about your experience on Virgin River. How is that going so far?

Kai Bradbury: It’s been a pleasure. We just started shooting season 5, believe it or not. It’s been quite a journey navigating new COVID protocols in our industry that have been progressing in the past couple of years. The cast is so wonderful and it’s always such a great time going to work.

HNMAG: New COVID protocols, you say? I take it they have to step things up due to the possibility of another outbreak?

Kai Bradbury: Because we’re a Netflix show working out of California, all shows from Netflix are up to date on regular testing, masks, zoning, there’s so much hard work being done by the COVID safety teams. It’s a challenge, but it’s a must.

HNMAG: Even if it is a challenge, do you find it’s becoming easier to deal with?

Kai Bradbury: Exactly. We’ve been having these protocols for several years now. It’s second-nature and never takes away anything from the craft and the joy of working.

HNMAG: Your character comes with a dark secret. Is it something that is sure to shock or confuse the viewers?

Kai Bradbury: (laughs) Shocking for sure. Denny’s got a wonderful complex arc in Season 4 and I’m really excited for everyone to ride that ride. The payoff will be very exciting.

HNMAG: Have you ever been in such an intense role before?

Kai Bradbury: I often get cast in these kind of supernatural alternate universe high-stakes kinds of projects, so I have been in intense situations before. But Denny is definitely unique in that he’s probably the most similar person to me that I’ve played, so there’s a certain level of comfort.

HNMAG: And what’s it like working with everybody else? Do you hope to be part of this production for a long time?

Kai Bradbury: Everyone is so kind and they’re all very giving actors. It makes the job really easy and I hope that the audiences keep watching this show as they have because it’s really made quite the splash and so I’m really excited to see how season 4 is received.

HNMAG: I also heard you’ve gotten a mysterious role in The Imperfects. Is there anything about it you can reveal? 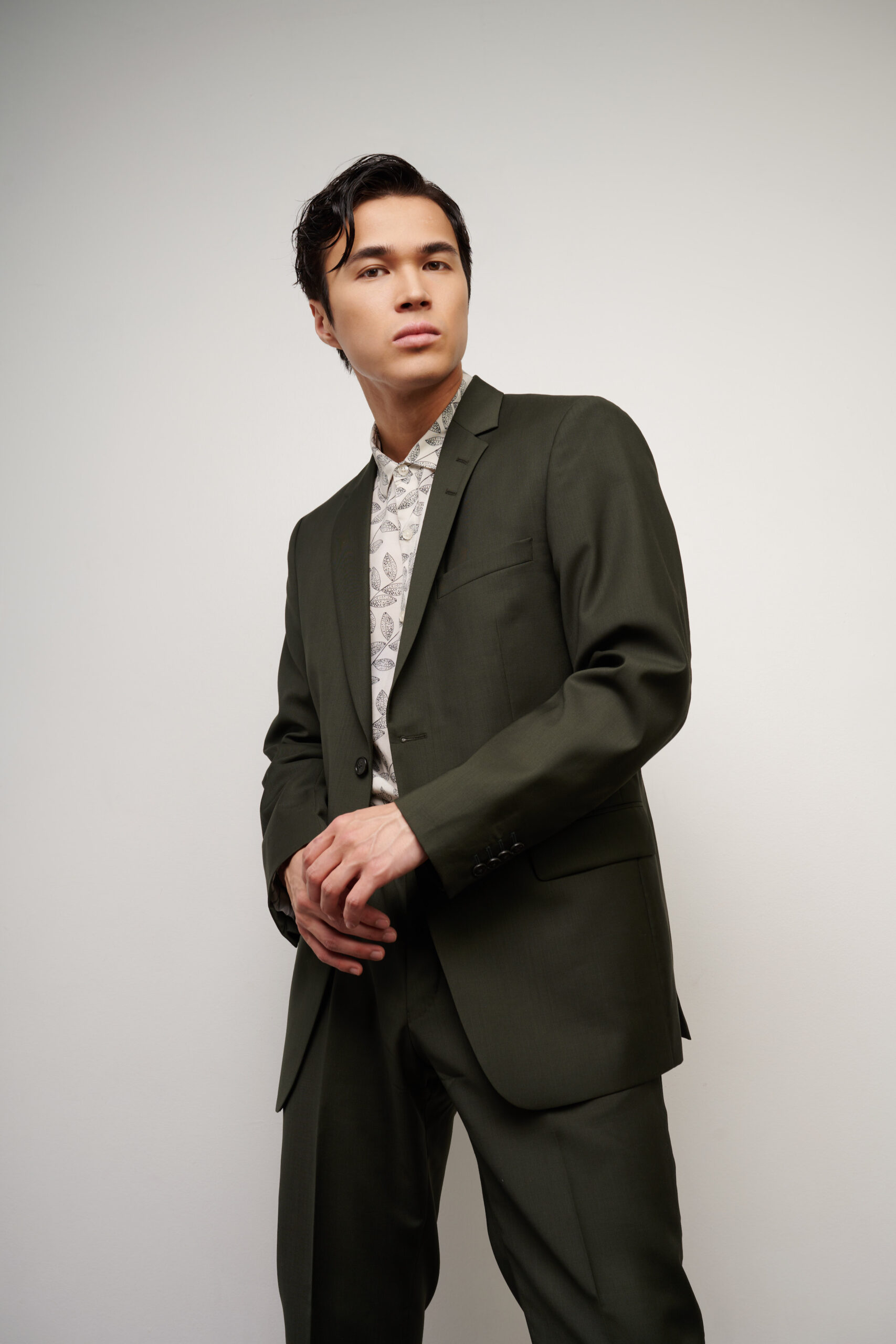 HNMAG: It looks pretty surreal. Did you ever have a role as crazy as that?

Kai Bradbury: I’ll say it was unlike any other role that I’ve played before.

HNMAG: You seem to have picked up a couple roles in Netflix. How do their productions differ from Amazon’s or other companies?

HNMAG: You also have a mixed heritage. What was it like being raised by so many cultures?

Kai Bradbury: I had the privilege of learning multiple languages growing up, traveling the world to visit family. I think from a young age, it kind of made me worldwide in some ways.

HNMAG: Was it difficult to balance out all the cultures or did you find a way to merge them together somehow?

Kai Bradbury: That is an ongoing process for sure. I wouldn’t say it was easy, but it’s really quintessentially North American to be mixed and sort of spend a lot of your youth and adulthood as well to figure out where you fit in and who you are. I really like that challenge.

HNMAG: Some of your other recent experience was on Motherland: Fort Salem. Was it disappointing to hear when it ended?

Kai Bradbury: I wish that my character Gerit had a bit more time to wrap up. I’ve made real life-long friends on that show and I’m thrilled that they continued with them, and sad that the current season airing is their last but I love that cast so much.

HNMAG: There’s been talk about spinoffs and sub-series coming from Motherland: Fort Salem. Do you hope to be included in those?

Kai Bradbury: Yes, I think that would be very fun. I know that the creator Eliot Laurence had many books planned. I wonder if any of those original plans for Gerit might come to fruition.

HNMAG: Are there any kind of roles you have never done before but would really hope to get?

Kai Bradbury: I’m really hoping to do a fill-in role. I think there’s something so challenging in it, so fun and as actors we get to live out lives that people don’t get to in real life. When you get to do a role that’s really far from who you are, that’s really exciting.

HNMAG: I understand you started your professional acting career at Cap U’s Musical Theatre program. Just how did you meet your agent and transition from music to acting there?

Kai Bradbury: I had done a lot of theatre for most of my teen years then theatre in University. In my last semester, one of my film classes had a workshop with a local agent and I was lucky enough that she approached my teacher afterwards asking for my information. We set up meetings and the rest was history.

HNMAG: Seeing as you still do music, how do you balance it out with acting?

Kai Bradbury: I would say music and musical theatre has transitioned more into a hobby or a passion as film and TV has taken up most of my time. I’ve been known to pick up my guitar or ukulele and sing a little bit sometimes. Theatre hasn’t left my life entirely yet so I’m looking forward to go back on stage soon.

HNMAG: When is that? Do you have an idea of when your next on-stage role will be?

Kai Bradbury: The last play I did was in 2019 and I’ve been longing to go back since. But with my schedule being so busy, it’s really hard to balance. The theatre world and television world are like oil and vinegar. Whenever my schedule clears and the right show comes around, that’ll be it.

HNMAG: Have you ever incorporated any original music into some of your roles?

Kai Bradbury: I wouldn’t call myself a writer at all, musically. But I would love to work on a musical TV show or have a role that gets to sing and dance or maybe do a musical episode. That’s a dream for sure.

HNMAG: You also know a variety of languages. Have those gotten you some international roles?

Kai Bradbury: I have worked internationally but not because of the languages, though I have gotten to use my Japanese a few times on shows like The Boys, The Man in the High Castle, and The Terror.

HNMAG: And do you hope to use even more languages in future roles?

Kai Bradbury: Yes, I have a dream of playing a spy that speaks a bunch of languages, and I’d love to use the ones I know, as well as learn some more.

It’s exciting to see where Kai is going. Keep an eye out for him in his latest and newest roles on screen as Denny Cutler on Virgin River, now available to watch on Netflix. It’ll be a while before The Imperfects comes out, but until then, tune into Virgin River and let’s hope the character of Gerit gets an interesting spin-off of his own.