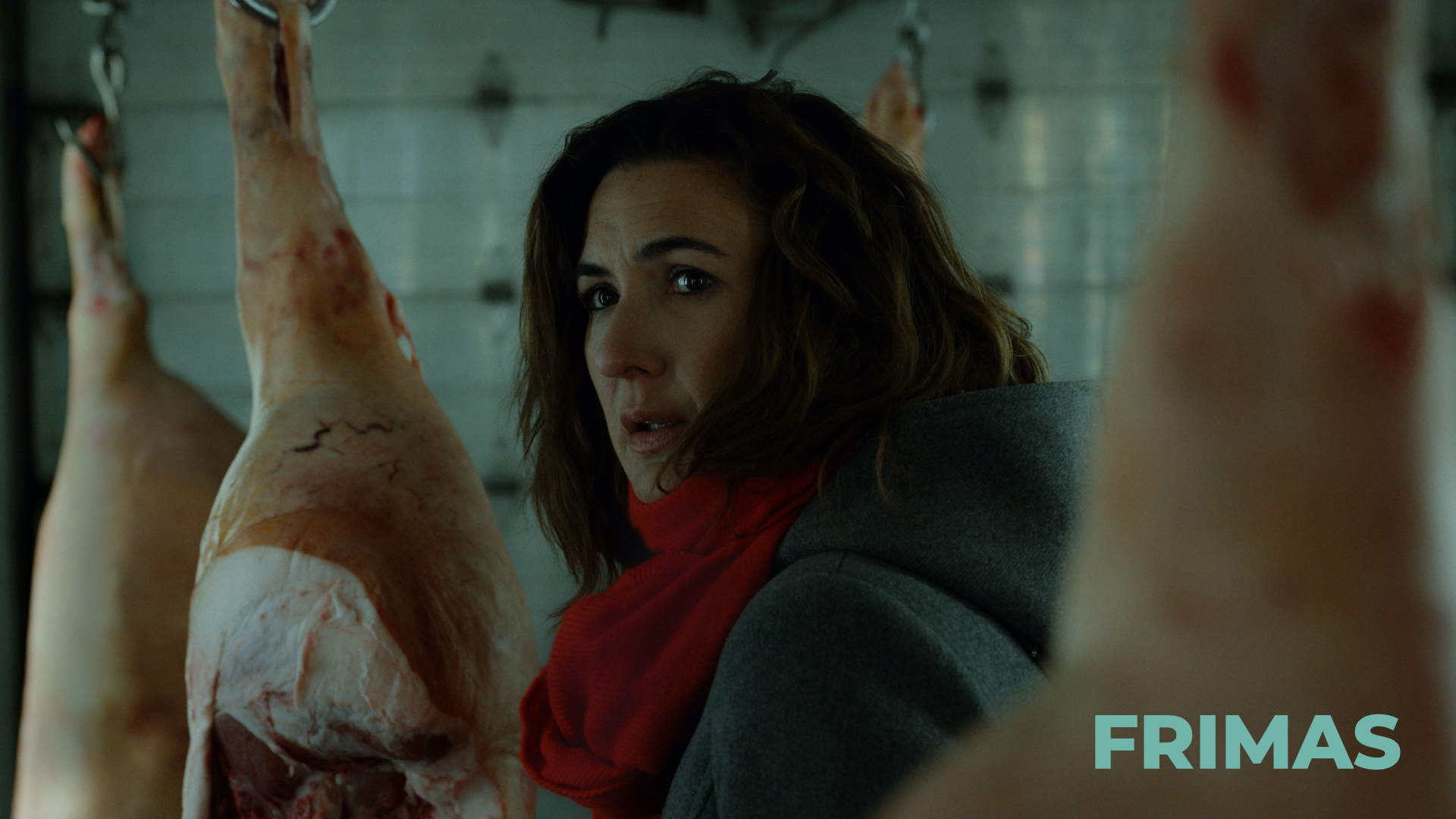 When it comes to films on very big controversial subjects, sometimes you have to be careful with how you tread. At Hollywood North Magazine, some of us have to tread lightly on such subjects ourselves when writing these articles. Marianne Farley found a way to tread on the issue of abortion AND release it at a time when it’s a lot more discussed, especially with the happenings in Texas. Marianne is one of those multi-talented people with many abilities. She can direct, write, act, and even produce. Her film Frimas has premiered at Regard, a festival for content worthy of Oscar awards, and will soon be seen in Ontario, among a slew of amazing International Film Festivals. Setting up a Zoom conference, I spoke to her about Frimas and the conversation was a worthwhile chat loaded with info. We could’ve gone on for a long time.

HNMAG: Where did you get the idea for such an edgy film?

Marianne Farley: I’ve always been passionate about human rights, and more specifically, Women’s rights. 3-4 years ago, I was looking at a lot of documentaries and reading books on the subject and just realizing that in Canada abortion was legalized in Canada in ’98, which was about 30 years ago. I really felt the urge to talk about the issues about abortion rights because I felt we could be headed in a dangerous and dramatic direction, which now with everything going on in Texas, and different states in US, is definitely happening. At first I was looking at doing a feature film, but then realized I could get a short film shot and made much faster, so I came up with Frima. I think I started writing it in 2018, and completed it this year.

HNMAG: And you feel it provides a good message? It will educate them?

Marianne Farley: I feel that it’s okay to not like abortion, it’s okay not to feel comfortable when it comes to abortions. For me, it’s a fundamental human right to be able to make a decision when it comes to your own body. The government can’t tell a woman or any human being what to do, they can’t force somebody to give up a kidney to save somebody’s life. I feel that women should have to decide what they want to do with their bodies, and the reality is women are going to get abortions no matter what. If you try to stop and outlaw abortions, women aren’t going to stop, they’re just going to get unsafe abortions and die from them. That’s what Frima talks about, it’s the impact of these laws on these women’s lives.

HNMAG: And how did you go about the subject of abortion? I understand it can be a very touchy subject to bring to film.

Marianne Farley: I always approach any story through the character’s perspective, so it was really about telling the story of this woman who really wanted to have children and this was a planned pregnancy and she is living in a society where abortion has been criminalized, so the impact of having to give birth to a baby that is going to die in her arms is devastating. These kinds of things happen to so many women around the world. I think criminalizing abortion is a very unfair law. It was really trying to get as close as possible to this woman’s experience.

HNMAG: Do you know anyone personally who has gone through similar experiences?

Marianne Farley: Yeah, I did a lot of research, obviously before writing the film and that was really important to me. I do know a couple people in Canada who had to go through the exact same thing except abortion is legal in Canada at this point. They were able to get emotional support from their family, their friends, and they were able to access a safe abortion.

HNMAG: What is it like having it released at such an interesting time, that being after the Texas abortion ban happening?

Marianne Farley: Honestly, it’s kind of scary. Everything happening at the same time, the state of Mississippi going before the supreme court in December, and I’ve been talking about this for years and years, but the fact that it’s happening now. It could’ve happened last year, or even in two years. It is a really polarizing subject, that I get and that it’s happening now is really crazy. It’s not something I could’ve planned at all.

HNMAG: How was it working with people like Benoit Beaulieu, and the people of Ô Films?

Marianne Farley: Oh, yes. Charlotte and Sophie are close friends of mine and this is the second short film of mine they produced. I pitched the film to them at the start and they were there for it. They’re really great producers, they’re supportive, confident, and professional so that was great. Benoit is a great DP and he’s also my producing partner, so we had other projects together as well. We were all on the same page with the specific vision I had when I wanted to bring it to life. 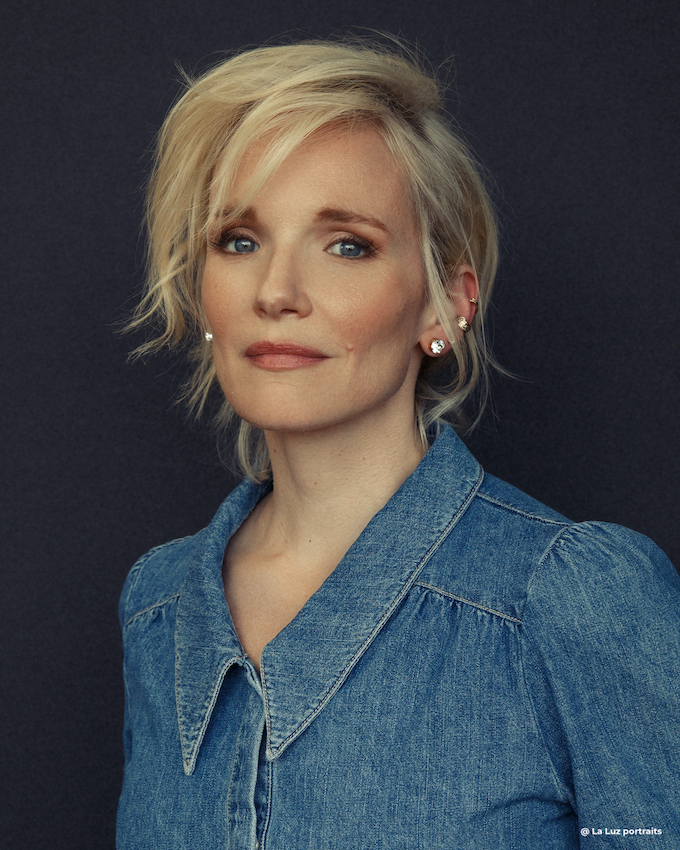 HNMAG: So was the crew kept to a minimal?

HNMAG: Were there any struggles shooting in a closed space like a trailer?

Marianne Farley: Oh, yeah, just trying to figure out how we were going to be shooting that was really a big challenge. Getting the meat and keeping it fresh was the most challenging because we didn’t want it to spoil, we didn’t want to have to throw it away. When you write a film, you don’t necessarily think about these details, so most of this film was in a moving truck and I had to think how was I going to produce this without putting my actor’s lives in danger? We shot the truck interior in a studio. It went much better than I anticipated.

HNMAG: As a director, and an actress, how does working behind the camera differ from working in front?

Marianne Farley: The biggest difference is when you’re working as an actor, you’re working towards somebody else’s vision. When you’re working behind the camera, you have to put your vision forward. You have to figure out how to communicate your vision towards both actors and crew the best you can. I think that having worked as an actress for over 20 years, that has helped me quite a bit. I’ve worked with so many directors and I’ve picked up a lot of things along the way. Both what and what not to do. Working as a director after working as an actor after a while is probably much easier because you have that experience on set and knowing where everyone needs to be.

HNMAG: You’ve also made quite a few films, how is this one different from anything you’ve made?

Marianne Farley: In every project, I try and give myself a different challenge. For this one, the challenge was definitely technical and also visual. I wanted to make a film that was really powerful, visually. It was technically a more difficult film than my previous shoot, Marguerite, which was just two characters inside a house. Whereas Frimas, it was outside in minus 25-30 degrees celsius, so it was really incredibly cold. For 2 days we were outside and I have to say that was a bit intense. But then a lot of feature films get shot outside in the middle of Winter.

HNMAG: Was there any issues with post-production especially amongst the pandemic?

Marianne Farley: It took much longer because I couldn’t sit down with my editor, we had to do it remotely. Everything took twice as long, which is why the film just came out early 2021 instead of the end of 2020. But at the same time, it allowed me to take my time and I think make the right decisions on how to tell this story.

HNMAG: I understand how you explained shorts are easier than features, but would you ever consider making a feature on the topic?

HNMAG: What are plans for the film after this? Do you have any idea what your next film will be?

Marianne Farley: It’s traveling quite a bit, we’re going to the Miami Short Film Festival soon, it’s in Greece, and it’s going lots of places which is what we’re super happy about. I have a feature film called North of Albany, which I am in the process of completing right now, so that should probably be out in 2022. Then I have a couple other feature films that I’m developing.

If Frimas is already going around the world, it’s amazing to think what could happen to the next few films that come out. Marianne Farley is truly an amazing director as well as an actor among her many other skills and her future is looking bright. Let’s hope it also looks bright for all women as well with this particular topic.