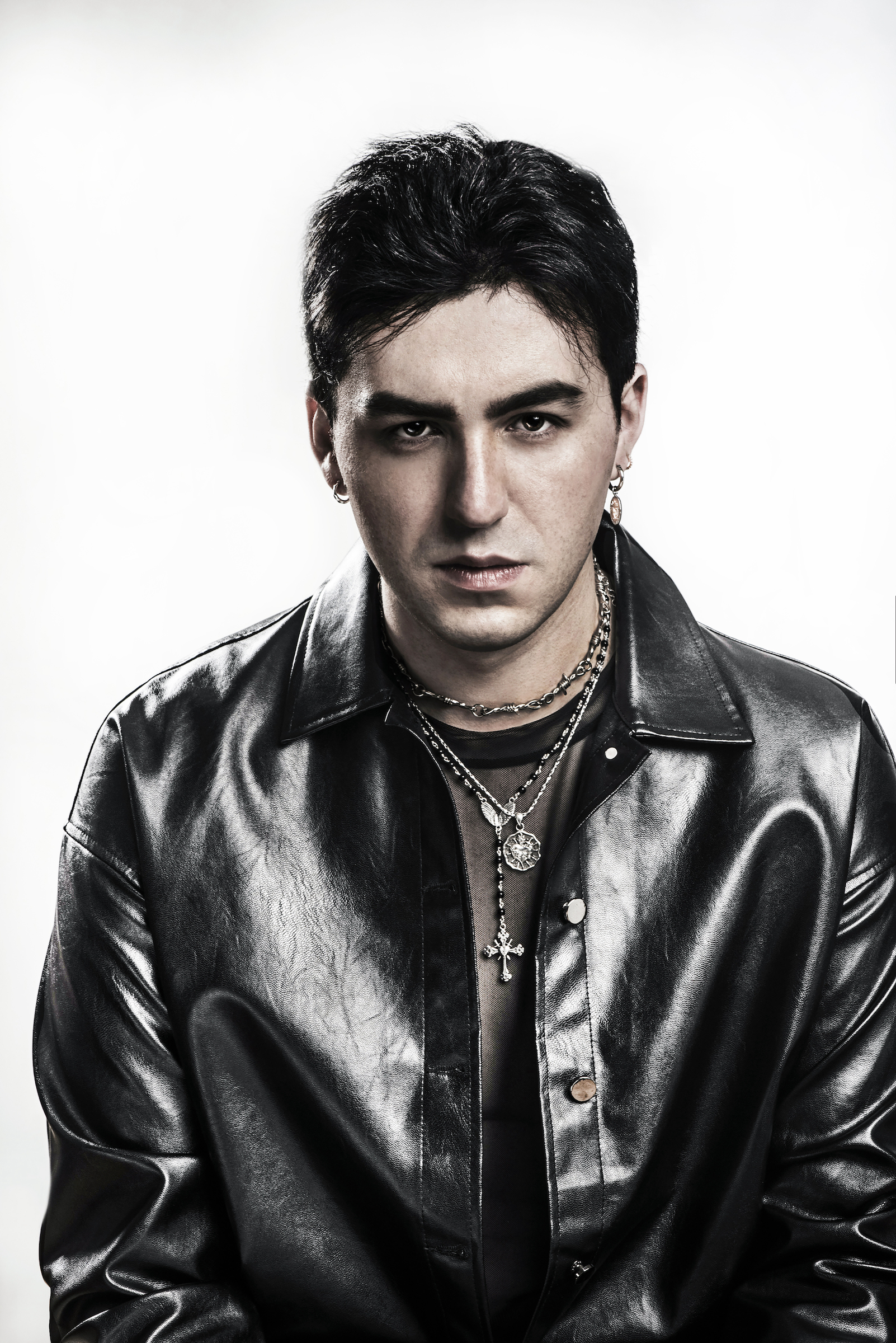 Vampires. Yeah, we’ve all seen plenty of them, given how the Twilight Franchise blew up the way it did. Plus how all these Supernatural TV shows about vampires, and other mythical creatures. But have we ever explored their sexuality? Do they even have any? I wonder. And if your’e wondering, wonder no more, at least about a little of it because the new series, Ezra explores the possibility of a gay vampire. Ezra Grey is tired of living in the shadowy depths of hell and decides to explore the modern world where he comes across some of the scariest things ever. His insecurities, the supernatural tribulations who are aware of what he’s doing, and of course the modern world and all its problems. Yup, it’s an interesting concept alright. I spoke to Luke Hutchie, who both created and starred in this production and he told me some thrilling details of what went into it. Set down the stakes and holy water for now because the vampires here won’t bite… unless you’re into that kind of thing. Let’s commence with the interview.

HNMAG: It’s an interesting new concept. Why did you decide that vampires would be the focus of a coming out story?

Luke Hutchie: I think Why not? The show was made as a comedy disguised in spookiness so the concept was having a show that had nothing to do with sexuality but completely so opposite of anything that it was supposed to be. Obviously the characters are LGBTQ and the show is very female driven but at no point is it referenced to that. I think vampires intertwined with it was the best way to take 2 genres that are cliched and merge as one new offspring.

HNMAG: And have you done horror films before?

Luke Hutchie: Yeah, I’ve done a few. I did one a couple years ago, I’ve dabbled in horror a lot, directed some music videos with scary vibes, I’ve done a feature that was a horror movie but I think Ezra was the first time I’ve done a supernatural horror where it’s collected in what happens. But I loved sitting there in the lunch table covered in blood, eating my pasta.

HNMAG: Was it hard to bring the two concepts of horror and comedy together?

Luke Hutchie: Not really because I think that the overall arch of the show is basically that Ezra kind of flees home to pursue what he views as a liberated life. Which is how the humans live and then his cousin the Queen Vampire finds out and since he’s broken a rule, her job is to now kill him. It’s that being there that delivers the thrilling aspect of it. It’s not so much terrifying as it is spooky and bloody, but if you’re not that good with horror, I don’t think the show would be too much of a problem for you. Even though there are high-stress situations in people dying on the show, she’s just cracking jokes.

HNMAG: It even gets pretty edgy according to the trailer. Was it hard to come up with such crazy plot points?

Luke Hutchie: We were really lucky having myself with Chelsea Clarke, Veronica Slowikowska, and Matthew Finlan in the same room to go over what were good story points. That helped us to make something that was not normal which I think reads really well. The story definitely takes a turn and I think every character has their own unique b-plot of figuring out who they are. It’s supposed to be a show of friendship and coming out and showing you have to start new to be who you are. Whether you’re gay, or you’re moving from Ohio to Idaho. What does that mean to you and we just wanted to focus on that.

HNMAG: Your main focus is LGBTQ+ so you knew how to make a coming of age story. But was it hard to include vampires to make it resonate with your target audience?

Luke Hutchie: No, I think that statistically speaking LGBTQ love horror. If you look at the demographic of horror stories like Yellowjackets or Scream, the majority of that is going to be an LGBTQ audience. Why? I don’t know. The other biggest demographic for LGBTQ audiences is women so I think that as a show that was created by women AND LGBTQ people, we were able to merge our minds into the things we find interesting. The supernatural and witches and vampires are so fun to play with because it’s not real. It can be whatever you want it to be. I think that gave us so much wiggle room to give mythical creatures sexuality. Someone who’s been alive for a thousand years, how do they care about being perceived? Then you mix in humans who are Instagram-focused and care a lot about those things.

HNMAG: Besides coming out, it explores what happens afterwards. What other kinds of subjects does the show focus on?

Luke Hutchie: The show definitely focuses on Ezra and kind of how he got to where he is, and his reason for what he did. But I think the great thing is that the show has a very ensemble cast. Ezra has his own struggles but then you get into Aniya and you watch her character as she wants Ezra dead.. There’s rules from the Vampire council that were made and you watch the villain of the show unravel. Maybe there’s a reason she’s like that. You watch all of these characters find who they are. 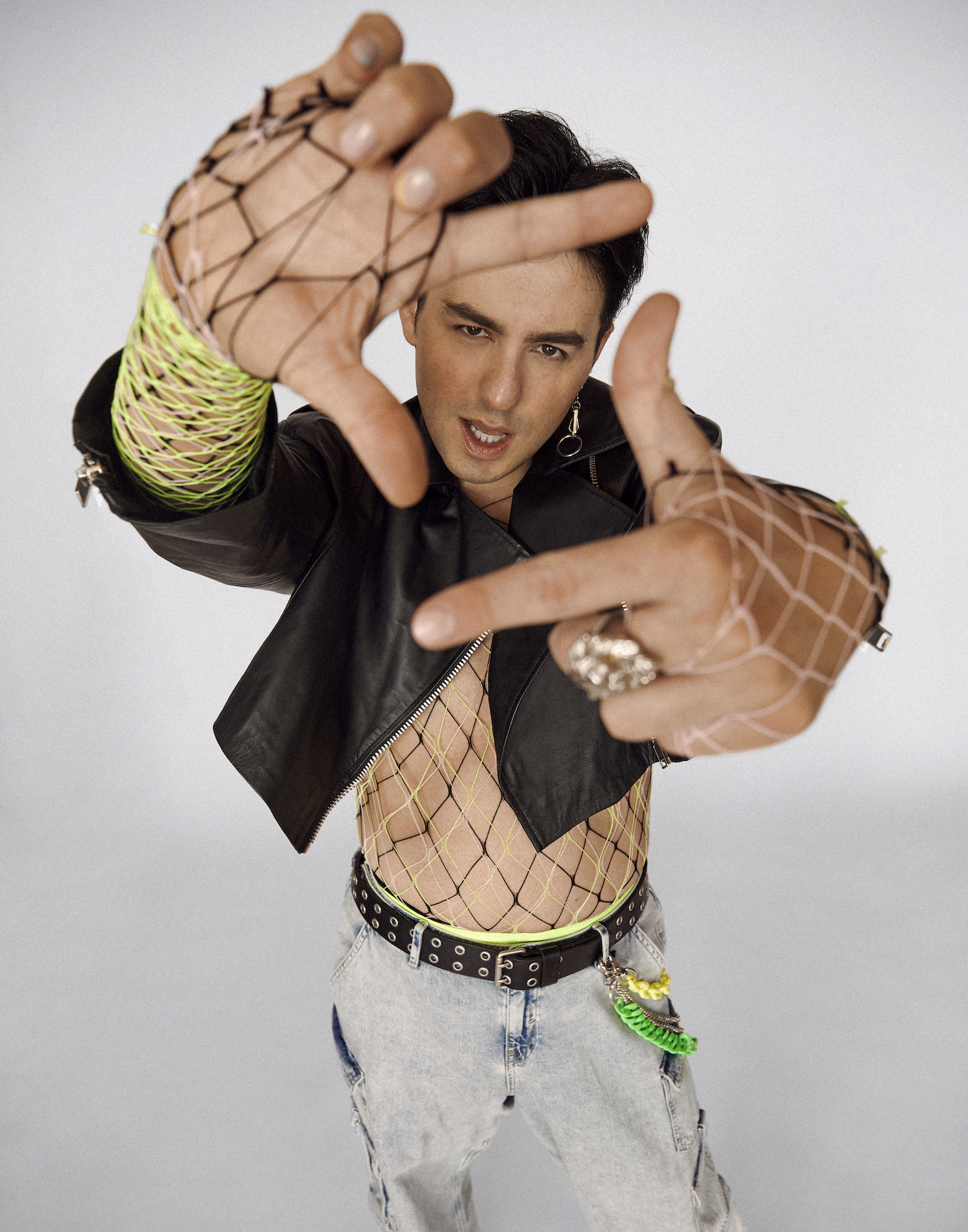 As you can see, Luke was more interested in the rest of the cast than his character Ezra, who he described as the least memorable. Everyone else on the other hand made up a great team of characters and were considered to be much more better than the lead. It’s not often something like this happens, so who knows? Maybe the characters of Aniya, Amber, and Kylo will get their own personal spinoffs.

HNMAG: I also noticed Priyanka is featured in this. Did you come up with a role specific for her and how did you get her on board?

Luke Hutchie: You’re the first person to ask me that! I’m still astounded that happened, but I’ve known Priyanka for several years pre-drag race back in the club days and we stayed in touch. When writing Ezra, I noticed Canada has been overlooked a lot, so I wanted to put something about our country on screen. I wondered who had that same vision and Priyanka who was the winner of drag-race, an actor, AND a musician. She’s so funny, so talented, so hardworking. I texted her about it, and she was on board right away. We kind of made it a joke that she plays herself in the show, but herself in the show is a different version. It was awesome, she was so ready and so funny.

HNMAG: What was it like to be a creator/actor? Was it difficult?

Luke Hutchie: Yeah, it was. I think my thing was objectively speaking as the show was created by myself. I always had a direction that I wanted it to go in. As an actor, you have to relate all control and just be in the moment. Making a show is not a 1-2 step whether you’re an actor or anybody working on there. If I didn’t have the team I had, I’d have been dead. Our wardrobe team was amazing, the special effects team, the producers. We really came together as a family and made the show. I learned a lot and it was rewarding.

HNMAG: Do you hope this will go on for more seasons?

Luke Hutchie: A 100%. Wishful thinking, let’s stop at 3. I’m sure for fans that watch it, they can find easter eggs and know what’s going to happen for a second season. I would love to bring on more Canadian talent and have the show represent the country that it is today.

HNMAG: Do you have any more plans to create horror/gay hybrids like this?

Luke Hutchie: There is a few things going on that I can’t comment on just yet. But I’m busy and hopefully I’ll be able to share details on that soon.

HNMAG: What can the audience especially look forward to?

Luke Hutchie: They can expect to look more into something that’s just fun and escape. You’re getting a very broad cast and I”m hoping that people can see their personalities on screen and relate to these characters and their struggles. I just believe people find it funny, comforting, and fall in love with the characters.

HNMAG: do you hope they will take away the fact that the show did them justice?

Luke Hutchie: Yeah, I don’t think that there’s anything like Ezra. The Vampire concept isn’t new, it’s not original, but the way we spun it, our vampires are very demonic. They came from hell, and it’s a very different situation. In the opening scene, Ezra has a moment where he’s playing with a boy and his jaw expands and rips open. Within the first 3 minutes we created a vampire. That really takes the audience on a different route, and I think that from that point, you can expect nothing you would expect from a vampire show.

Ezra is a great series of a story and it takes you on so many turns. It’s relevant, it’s modern, and it’s funny. It’s a gay show that’s not about being gay. Watch for Ezra as it premieres on OUTtv at the beginning of next month, October 1st. You’ll be in for some spooky and special surprises about the supernatural.