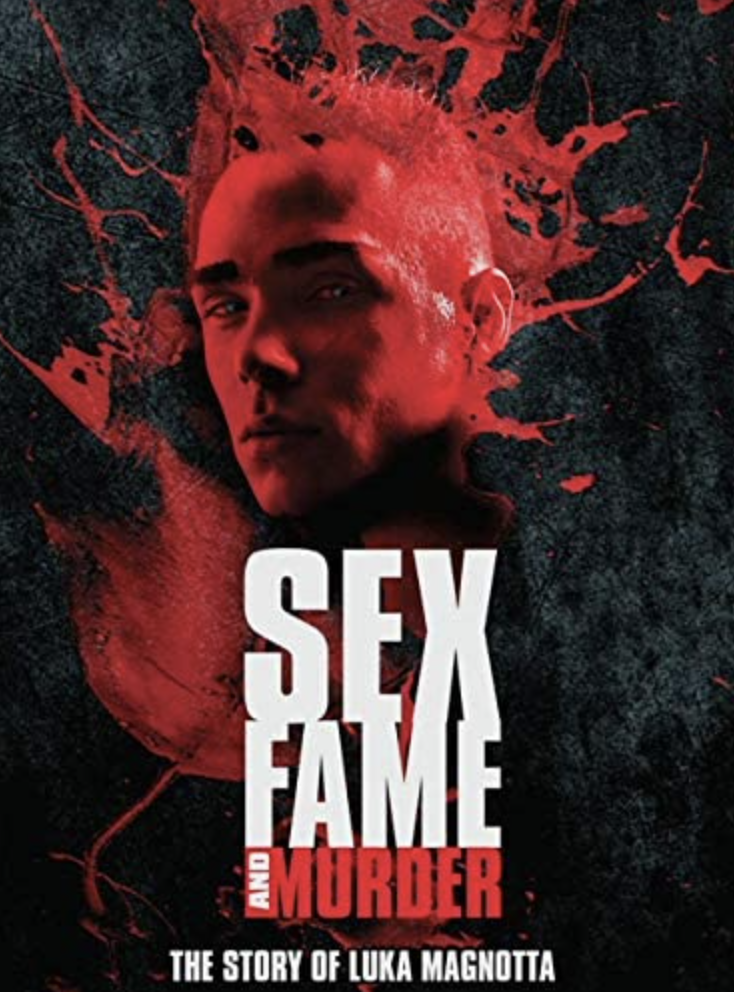 At the start of my filmmaking career my wife, Naomi and my brother-in-law Jonathan were presented the opportunity to produce several shows for OUT TV, Canada’s official LGBTQ channel.  Early on we shot a dating series entitled “Fairy Tale”,  a same sex wedding series and a male modelling competition show called, “Cover Guy”. Cover Guy saw male models from all over Canada compete to become Canada’s top model.

One of the contestants who appeared on the program was a young man by the name of Luka Magnotta.  Luka was scrawny, had a deep voice and argued with judges he could easily gain weight if needed.  One of the judge’s Luka had actually dated- Nina Arsenault (a transexual artist who appeared on CNN discussing Magnotta.) Luka answered  questions, posed in front of several judges and explained why he should become Canada’s top male model.  However he ultimately didn’t make the cut.

Almost a decade later Naomi and I had two toddlers.  I remember we were changing their diapers and watching CNN, specifically Anderson Cooper 360.  For some reason there was a clip of Cover Guy with Luka presenting himself to the judge’s. Over top of the picture you could hear Anderson announcing Luka Magnotta was the most wanted man in the world and Interpol was essentially trying to capture him.  His last known whereabouts was Paris, France.

After watching the footage I was shocked.  A contestant on our little modeling show was the most wanted man in the world! How was that even possible? Our male model who didn’t make the cut was wanted by the international police.  According to Anderson, Luka had taken a male Chinese university student to his apartment in Montreal where he drugged him, killed him with an ice pick, then preceded to eat parts of his body. Luka taped the entire ordeal, then downloaded the atrocity to the internet for anyone to watch with the click of a mouse.  He called the video, “1 lunatic, 1 icepick.”

I stared at my wife and she glanced back at me.  My first phone call was to Jonathan, who immediately called the players at A&E and told them the most wanted man in the world had been on our television show.  Thirty minutes later we had a deal to produce, direct and write: SEX, FAME & MURDER: THE LUKA MAGNOTTA STORY.

For the next year and a half, my main priority was to track down the various people who knew Luka and ultimately arrange interviews with them.  I found Luka’s ex transexual girlfriend Barbie Swallows, who wanted to tell everyone and anyone she’d dated the most wanted man in the world. She’d already done interviews with the CBC, The Canadian Press and a number of other media outlets.  When she wasn’t charging people to see her naked online, she had jumped on the Magnotta bandwagon.  She had no problem sharing with the world Luka almost killed her. She wanted every bit of media attention she could attract.

Later, I located Luka’s pimp who had sent him all over the world to satisfy other men and women.  The pimp revealed Luka was taking a bunch of prescription medications but sometimes he forgot to or didn’t feel he needed the drugs. Eventually we’d determine Luka had been prescribed a number of medications for schizophrenia which he wasn’t always taking.  Since his teenage years he’d been hospitalized a number of times for having both auditory and visual hallucinations.  As we dug deeper, we discovered Luka’s father had also been diagnosed with schizophrenia and his mother was a battered woman and was dealing with a range of her own psychiatric issues.

At some point I was able to discover the company which produced many of the pornographic films he’d starred in. During my eighteen months of digging I located Alex West, a journalist who worked for the Sun in London, England who had seen several clips online of Luka abusing kittens.  He wrote about the disturbing videos saying that the first sign of a killer was often torturing and killing animals.

Once the kitten killings went viral, former Playboy Playmates the Barbie twins became involved.  I got to know them very well as they tried to track Luka before he killed the Chinese student but couldn’t locate him in time.  They also believed killing  animals was a precursor to killing people. The sisters led me to friends of theirs who lived on Long Island that had a television show called Rescue Inc, where they saved animals that were in trouble.

The head of their group was a guy named Joe from New Jersey.  Joe and his friends were former cops and criminals who became involved in protecting animals.

After all of our investigating,  interviews, shooting and editing the film was submitted the film to The Montreal World Film Festival where it was accepted.

A day before the film was supposed to premiere we received a call from the festival director saying it was canceled.  The film was on trial.  It had become essentially a witness in the soon to be tried Magnotta case.  The Crown Prosecutor in Quebec had a copy of the print which was taken from the festival and sent to his office.  All the posters and publicity surrounding the film had been torn down and the caveat to the craziness —— our film had been canceled, not just for the festival but as well for television.

At this point the film’s Executive Producer, Garry Blye, said we needed to take action.  He suggested we hold a press conference in Montreal at the same time our film was supposed to premiere.  A day later we stood in front of over a thousand journalists with cameras, microphones and iphone’s ready to hear our side of the story.

I wanted to  tell them how unfair canceling the film was. We talked about the privilege it was working with Bell Canada, A&E and the rest of our broadcasters. We assured the press we were in full agreement that holding the film back until after the trial was a good idea. It was never our intent to sway a jury. Naomi told the media our experts were all amazing and the people who knew Luka were incredibly co-operative. The next day there were over a 1000 stories about the film off and online from publications around the planet including – Turkey, China, Russia, etc…

These stories were seen by film acquisition managers all over the world resulting in hundreds of calls from interested channels, networks, streamers and distributors.  In the end, the film was sold to over 100 territories around the globe.

As for Luka, he was found guilty of first degree murder and will most likely spend the rest of his life in jail.  Recently he actually found love in prison and got married.

Who knew a show we produced during the early days of OUT TV, looking for Canada’s top model, could change our lives so dramatically.