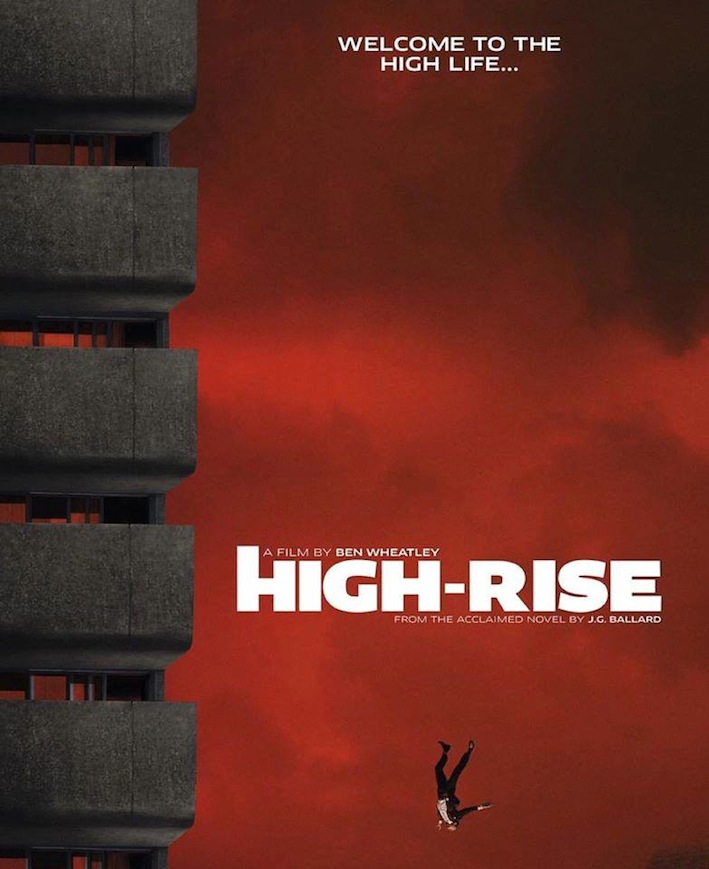 The film High-Rise is Ben Wheatley’s fifth feature. He was directing a TV series in England before directing films.

Once taking on the production, he scouted out two locations in Northern Ireland. One was a Sports Centre and the other, a Ferry Terminal.

“We built some large sets inside the Terminal. We utilized the soccer and football fields to build apartments and corridors.”

“Can you tell me about the budget for High-Rise?”

“How long did it take to shoot and how long was post?”

“We shot it in eight weeks. Jeremy Irons was only available for four weeks. We had to shoot all of his scenes out of sync, then later go back to the beginning and rebuild some smashed sets, restore continuity and re-shoot the other actors’ scenes.”

“Did that complicate continuity?”

“It made it challenging. We had up to 400 bodies helping out. In saying that, I will always choose a great performance in spite of imperfect continuity. I focus on watching the actor’s face.”

“What’s your stance on storyboarding?”

“I storyboard all my shots twice, then distribute them to the crew and discuss the shots. I don’t refer to them again. I’ve still got the pictures in my head but don’t need to be married to them. Post took eight months.”