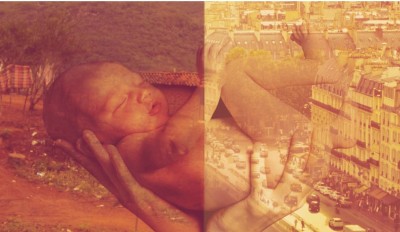 As a parent, bringing a child into the world is a momentous event. Giving that child all the necessary nutrition and antibodies via breast milk is essential for a healthy baby. When mothers cannot produce enough milk to provide, they can use milk banks. Brazil established its first milk bank in 1943. Once the outbreak of HIV presented a risk, many milk banks shut their doors. Brazil began pasteurizing its milk.

When Hurricane Katrina hit, the formula companies were quick to offer their product for mothers with infants. A similar approach took place when a typhoon hit the Philippines. Baby formula products were distributed amongst the mothers of newborns. Once supplies ran out some uninformed mothers were feeding them coffee whitener with water. Many children that could not be breastfed died of malnourishment.

Noemi Weis has spoken intimately with mothers around the world and feels compelled to be their voice. By making this documentary, she has created a tool. A tool to be used to spread the message to every new mother, educating them on the many benefits of breastfeeding.

“Unless scientists get involved in the cause,” proving what Noemi has discovered through speaking with nutritionists and experts, mothers will continue to feel ambiguous when faced with options.

Noemi’s documentary also focuses on maternity leave. The U.S. is one of only three countries not advocating it.

You can learn more about Milk at milkhood.com. More of Noemi’s documentaries are available at filmblanc.com.