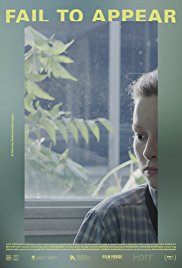 Sometimes life imitates art and art imitates everything else.  Some films allow us a window into a life we may have otherwise overlooked and know little about. We all seem to have some idea of a cops life on the beat, what its like to have your heart broken and how to get your girl back. The movies have demonstrated many scenarios that are familiar to our lives. They are great at giving us a front row seat into adventure, suspense, action and discovery. At times its unnerving and uncomfortable and other times it’s a thrill a minute that keeps us wanting more.  In my mind, if a film can evoke emotion and truly make me care about the characters, its done its job.

Failure To Appear is somewhat of a boat ride that takes you from the marina and out to sea. The waves get a little choppy but eventually calm down long enough for you to cast your rod and wait for a bite. Metaphorically speaking. The film is actually about a client and his case worker. The client is trying to get his life together and the case worker attempts to help him reach his goal. The film feels like a documentary because of the realism and the empathy you feel for ordinary characters down on their luck. This is Antoine Bourges first time writing and directing a feature film. He has two screenings at VIFF and I was fortunate enough to talk to him about the film while he was in town.

“What was the inspiration behind this film?”

“I used to live in E. Vancouver and would often see case workers meeting with clients at coffee shops to discuss their circumstances. Having overheard a few conversations, I recognized a certain protocol in the case workers approach to help their clients and realized most of the them require very little assistance with housing or mental health issues. It seems, most of them really only need someone to talk to. I’ve always found the relationships between the worker and their clients very interesting. I was attempting to capture the detachment of powerlessness and the struggle to resist it.”

The actress, Deragh Campbell plays the role of Isolde, the case worker. She is one of two actors in the film.  Antoine found Nathan Roder, the actor playing the client Eric, at an improv class. He’s an amazing violin player that demonstrates his talent in the film. The rest of the cast are actual case workers, counselors and peer support working in their fields that agreed to be filmed with some improv. The improv scenes were collaborated between himself and the employee. They’d build the scenes before shooting.

‘How much research on the subject did you do before writing the script?”

“I’d spent a lot of time with case workers and had attended a few court hearings to observe how they meet their new clients in the courtroom. I also spent a lot of time at agencies and in their common areas, where case workers would sit and have coffee. I’d observe and ask questions. I spoke with clients to better understand the relationships between the worker and client. There is frustration on both sides. Some of the people at the agency are also peer workers. Former clients that have been through the system and can relate to the clients predicament. They can help guide other clients toward getting better because they’ve been familiar with the experience.”

Some of the case workers that took the time to answer Antoines questions were also kind enough to agree to be in the film.

“How has the audience reaction to the film been like?”

“This is the first time showing the film so it was really fun to hear what people had to say about it. I found the different perspectives interesting from the audience. Some people that have had experience in mental health have been critical of the portrayal of the client and others have said the opposite.  There is a real contrast between the two leads and the way they’re portrayed. Because most of society isn’t familiar with these characters lives, it is great to see people caring and paying attention to the issues. It’s a good thing.”

Antoine filmed Failure To Appear in Toronto. It was funded by the Canada Arts Council, Ontario Arts Council and Toronto Art Council.  He considers it a micro-budget. The city allowed Antoine to shoot some scenes in an abandoned building free of charge. There is a courtroom scene in the film. Antoine informed me that they only had to fund the hourly wages for the guards to be in the scene. Because the film was not being used for advertising or profit but more cultural reasons, it helped with lowering the cost. He used a small crew of 4-5 people. It was kept small in order to maintain a personal/intimate mood for many of the non actors.

Antoine was editing the film as it was being shot. There was four months of preproduction and they started shooting in the summer of 2016. They filmed the remainder on weekends throughout the fall, winter and spring of 2017. The footage was captured on the ARRI Amira and the Alexa Mini. Post production lasted another three months after filming.

This film is very character driven and relies on their performances to carry the story forward. It is very unique in subject matter and lack of music. When I asked Antoine about the lack of music, he explained that it was more of an afterthought and wanted to concentrate on the story itself.

He is currently seeking out more festivals to screen the film. We wish him the best and in future projects as well.