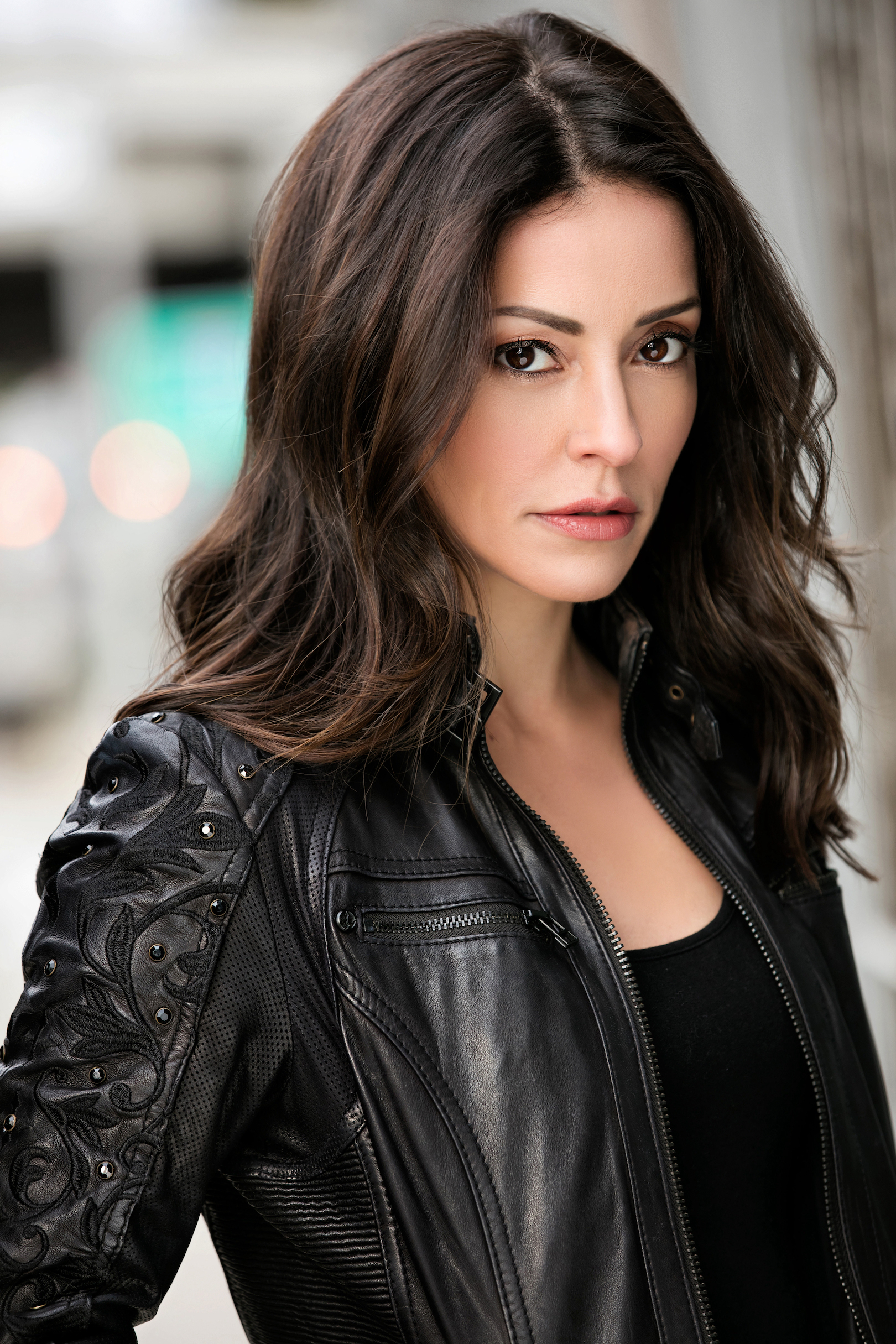 When you’re working, is it your passion or is your passion something else? What if you could combine the two together? Sometimes that can be difficult when it’s two completely different things. But when it comes to acting, there’s always a chance you’ll get a role that is your passion. It’s like mixing business with pleasure. As someone who acts on the side myself, I would definitely be interested if I were to get a role that had me playing a character that wrote articles, but then there’s the question of how that would be made entertaining.

But every once in a great while, especially for some actors, there’s an opportunity for them to combine their passion of acting with their passion of something outside of work. Take a look at Emmanuelle Vaugier, for example. This fine lady has a deep love for horses and horseback riding so lead roles in horse movies are absolutely suited for her. Emmanuelle has gotten a role in the past on a movie about horses, called Love in Paradise where she acted alongside Luke Perry. She’s recently gotten a role as Tara Kendall in one of Hallmark’s new and upcoming movies, Big Sky River. Like Love In Paradise, Emmanuelle acts alongside the exact same horse, but unlike Love In Paradise, Emmanuelle’s character is someone from the city who learns to adjust to living in the country, which is certainly different in a special way. Hallmark has definitely done LOTS of those, but now it looks like they’re trying out other kinds of films and seeing how those work out. In Big Sky River, Emmanuelle’s character Tara needs to get out of New York City and heal herself as she’s just gotten a divorce and decides the best way to do so is to book a summer rental in the small rural town of Parable, Montana. Tara has fond memories of childhood from that place as it’s where she developed a love of horses and horseback riding. While getting her life back in order, Tara also meets a well-meaning man, the town Sheriff, Boone Taylor (Kavan Smith) who seems to have his life figured out and wants to know Tara even more, maybe even have her stay in Parable even more.

But I wanted to learn more than just the story, I wanted to know more about Emmanuelle Vaugier, so we set up a time to talk and I mounted my saddle as she took me on an insightful journey about her passions, being on set, and what else she is up to, especially with helping out animals. I’m willing to share the details of this journey with you all, so climb aboard your horse, and hold onto the reins as we giddy up through this interview. Hyah!

HNMAG: So you’ve recently got a role that combines your two passions: Acting and horses. Have you ever had a role like that before?

Emmanuelle Vaugier: Not to this extent, I’ve been on horses in the past a long time ago for a movie called Dolan’s Cadillac with Wes Bentley and Christian Slater. Another was Secondhand Lions with Michael Caine, Robert Duvall, and Haley Joel Osment. The horse I rode in Love in Paradise with Luke Perry was the same horse I ride in Big Sky River. This is the first time they were basically the backdrop of the film. I spent hours on a horse on set so it was magical.

HNMAG: Was there anything you had to do to really get into this role or did you feel you were made for it?

Emmanuelle Vaugier: I feel like it was a pretty great match, and felt very much in alignment with the role. It’s my favourite pastime so it was perfect for me.

HNMAG: You seem to have experience with horseback riding. How did you get into it?

Emmanuelle Vaugier: I went to horse camp as a child like many other kids did, and fell in love with horses. I begged my parents for riding lessons and was doing them once a week at a local stable. I did it for about two years then gave up because I just couldn’t handle the cold wet rain. Then I picked it up again as an adult.

Emmanuelle explained that her character was going through the same experiences as herself. Such as going to horse camp, experiencing unexpected life changes, and finds a way to get her life back on track with horses.

HNMAG: So with taking a break from horses and horse riding, was it difficult to get back to into it as an adult?

Emmanuelle Vaugier: The biggest difference is your fear of getting injured or hurt is a lot more alive than when you’re 10. (laughs) As an adult you look at it a bit differently.

HNMAG: And you have a horse of your own named Bunny. Do the two of you often go out riding for fun?

Emmanuelle Vaugier: Everyday. I’m with her all the time, riding her. We normally compete together as well, so we have a lot of fun.

HNMAG: You got to work alongside Kavan Smith. What was it like working with him?

Emmanuelle Vaugier: He’s lovely. There were a lot of laughs to be had, he’s one of my favourite people I have worked with so far. He just lights up the set, and is a joy to be around. Always cracking jokes, keeping everybody on their toes and having fun. That’s so nice to be around.

HNMAG: So you managed to get to know each other and get along rather quickly?

Emmanuelle Vaugier: We did, we actually got along very easily. I had never met Kavan before and with these movies you don’t have a whole lot of time to know someone. But with Kavan it was just really easy and it felt like we had been friends for a long time. We had a lot in common and it felt very natural.

HNMAG: Did you have to face any challenges on set?

Emmanuelle Vaugier: The weather. (laughs) We got extremely lucky because June was exceptionally wet in Vancouver and uncharacteristically. Our winter just went on and on and on this year. By the grace of God on the days we needed it, they managed to flip the schedule around and it just worked perfectly. We had sun on the days when we absolutely needed it and it was glorious and beautiful. On the days that we didn’t need sun or they switched, it was torrential downpour and a muddy wet mess that would’ve been impossible to shoot in. It was challenging but we got very lucky.

HNMAG: Besides riding on a horse, what was the best part of being in this production?

Emmanuelle Vaugier: All the amazing people. This was one of those magical jobs where everyone was just so lovely. The crew was great, the cast was great, and there was a lot of laughing, joy, and fun. It was just special that way, you don’t always find that.

Emmanuelle said the production experience was joyful. Usually she finds a way to have a good time even in the toughest situation. You don’t always experience that on film sets.

HNMAG: Do you hope to take on more roles like this?

Emmanuelle Vaugier: Absolutely. If I can spend my days acting and being around horses and having those two things in my life coincide and be part of my work life, that’s the be-all and end-all for me.

HNMAG: You’re also an avid animal lover. What are some of your other favourite animals?

Emmanuelle Vaugier: Dogs, of course. And chickens, they became a big part of my life on this film. They turn out to be quite cuddly little things. I did not know how affectionate they would be, and that was surprisingly fun to discover. But of course, I have 2 little dogs.

HNMAG: Would you think about raising some chickens yourself?

Emmanuelle Vaugier: I’m not sure the place I live would allow for chickens, maybe I could get away with walking one on a leash, I’m not sure. Maybe in the not-too distant future, there’s a farm property of some sort with chickens, goats, and larger dogs that require more space. I can add to my canine family that way.

HNMAG: What about your foundation, the Fluffball? What kind of animal charities are currently being supported?

Emmanuelle Vaugier: Right now we are in the process of pivoting, and looking to do our next event in Florida potentially. We’re looking into incorporating several different charities that support different things like therapeutic riding for veterans, as well as with kids, teenagers, and those with drug addiction. We want to incorporate anything that involves horses, goats, chickens, dogs, it depends on the charity and what they specialize in. I’m really excited about the potential with our new event and what we’re planning. We’re hoping for things to go forward in 2023, we’re not exactly sure of the details yet, but hopefully more news to come on that soon.

HNMAG: What else do you do to help out animals?

Emmanuelle Vaugier: Now and then I volunteer and help foster animals when I have the time. Usually small dogs as that’s my wheelhouse. I can socialize with them and help them feel safe. That’s generally how I’ve been able to help through the years and I enjoy the fostering process but it all depends on when I have time to do that.

HNMAG: Do you hope for your foundation to become worldwide?

Emmanuelle Vaugier: My next plan is to expand it into Canada so we can operate events here and raise money for charities across Canada. Right now, we’re strictly required to operate in the parameters of the United States.

It’s no surprise that Emmanuelle got such a cool and perfect role that certainly makes me want to watch the film. The good news is we all can, and very soon. Because we can catch it on TV next month. All you US readers, tune in to the Hallmark Channel this August 7 at 9:00PM et/pt. Us Canadians, we’ll have to wait a little bit as it airs August 12th on the W Network. Here’s hoping the lovely Emmanuelle gets a Leo Award for this one too and the Fluffball continues to expand and make its way, around the world, collecting support as it grows. 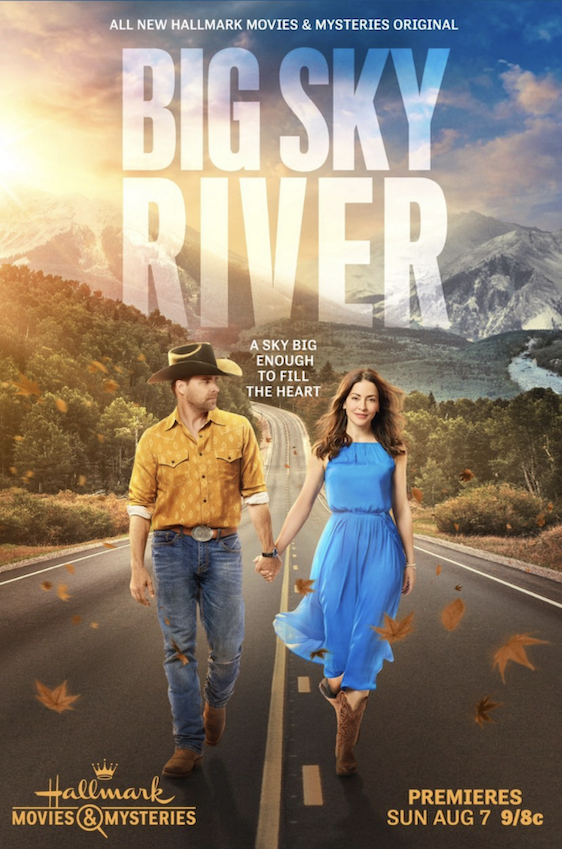