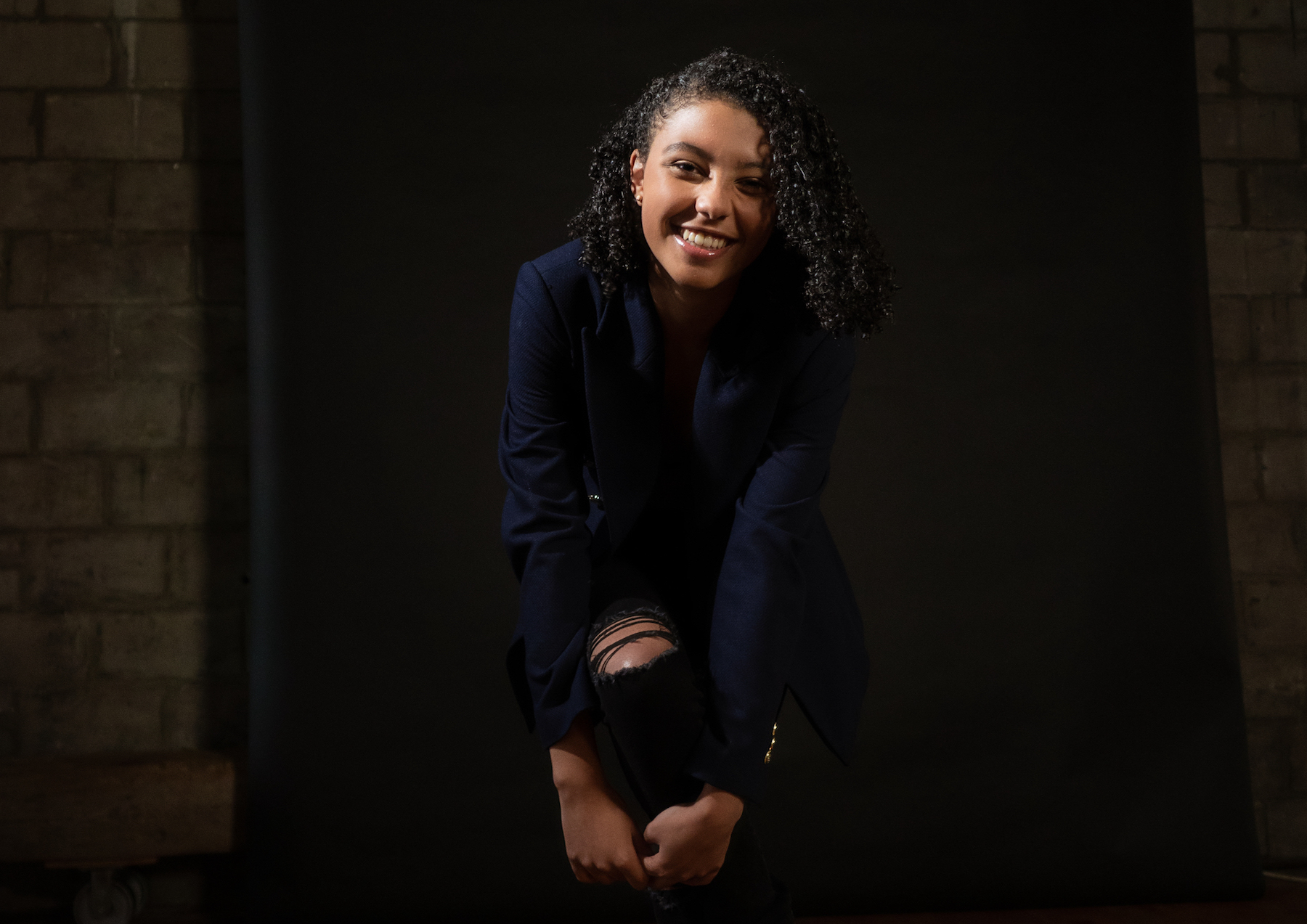 Recently, a new futuristic anthology series called Circuit Breakers has been released on Apple TV+. It’s a sci-fi series but it talks about the issues that kids have to deal with like parent issues and maybe even school-related issues and issues with peers. My issues involved me being alienated or mistreated so if there’s any episodes that talk about what consequences could happen to somebody when they’ve aged, I’d be down to see that. But for now, let’s focus on one of the interesting characters in this cast, Charley. She’s a curious young lady who questions a mysterious woman who supposedly is is the main character’s biological mother. She has to wonder if that’s really the truth or not. I spoke to actress Aaliyah Cinello who played Charley in the series to learn a little more about her and the series itself. Prepare for a simple but swell interview.

HNMAG: Congratulations on your role in Circuit Breakers as Charley. How did you feel when you got the role?

Aaliyah Cinello: I was super excited because I’ve always wanted to be part of a sci-fi film. To be able to have that change was just amazing.

HNMAG: Why have you always wanted a chance to do a science fiction role?

Aaliyah Cinello: Even when I was a little kid, I really liked to watch science fiction and really cool technical shows, so I always wanted to be a part of them.

HNMAG: Do you find Charley is someone you can connect with on a personal level?

Aaliyah Cinello: Yeah, I do. To me, Charley is very supportive of her friends. She’s very witty and smart and I feel like I’m those things.

HNMAG: Charley is set to investigate the story behind Olivia’s mother. What can audiences expect from what unfolds?

Aaliyah Cinello: They can expect to definitely have a plot twist. It’s very surprising, even for me as someone who is an actor on the show.

HNMAG: I’d also like to hear more about any future roles you have. How has on-set experience been lately?

Aaliyah Cinello: Unfortunately I can’t disclose a lot of information about my latest role, but stay tuned.

HNMAG: And do you hope the role on this show lasts for a long time?

Aaliyah Cinello: Of course! I feel like that’s any actor’s dream for any show they work on. 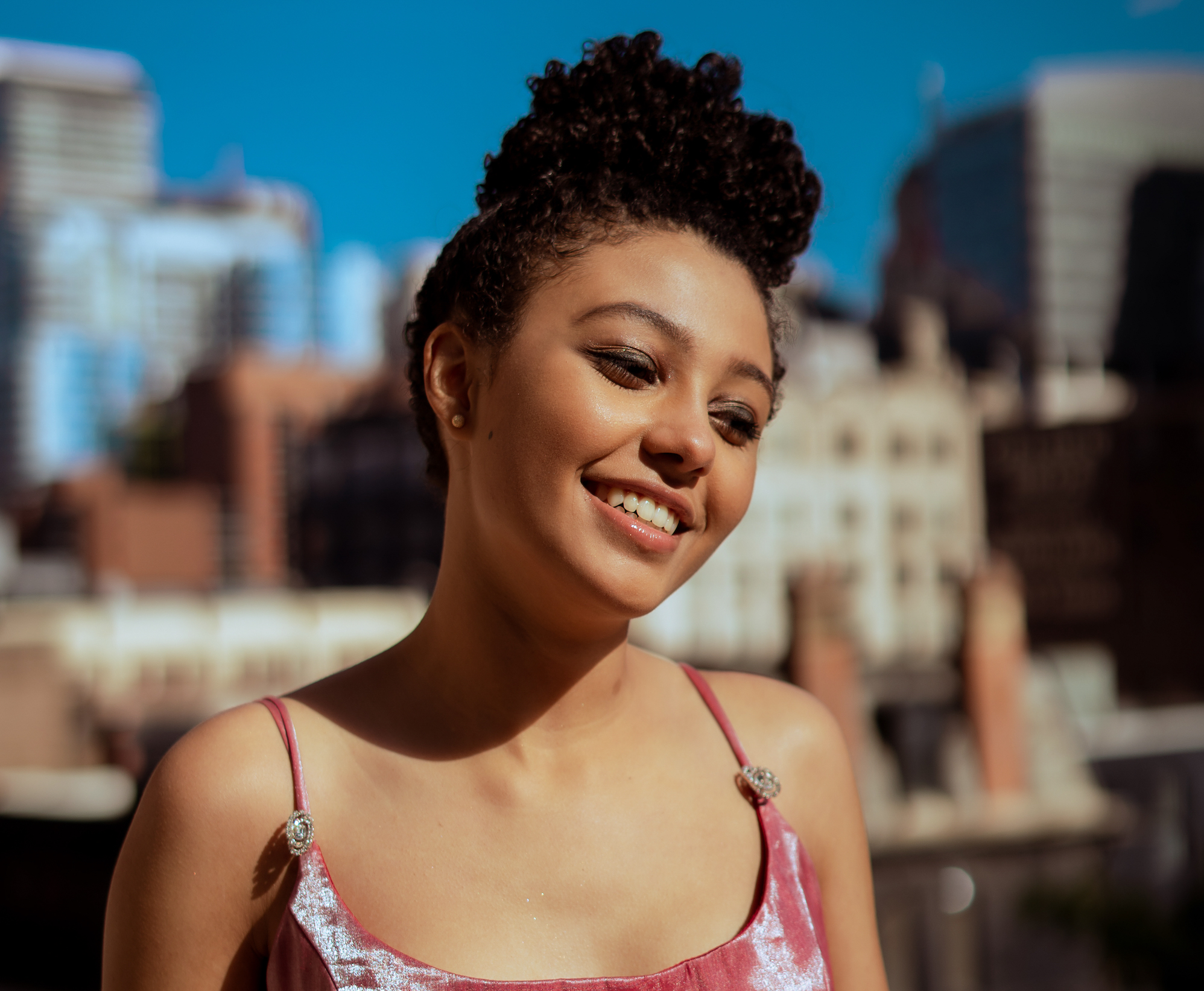 HNMAG: You’ve made it rather quickly into the world of acting. Did you find it to come naturally to you?

Aaliyah Cinello: Yes, I did. I actually have been in the world of acting since I was 3 months old because my mom is also an actor and she put me into the business when I was very young. So I came naturally into acting.

HNMAG: What about your work on Robocop? What was it like working with some of the biggest Hollywood names?

Aaliyah Cinello: I was very young, but I remember it being just a thrill and an excitement to be a part of something. Especially because I was really little and it was really an experience.

HNMAG: What other life path would you have chosen if you hadn’t been brought into the world of acting?

Aaliyah Cinello: I would want to become to a lawyer. That’s been a dream of mine since I was pretty little and I’m currently working towards that.

HNMAG: What about your dream role, what would that be?

Aaliyah Cinello: I’ve always wanted to play mean girls, I don’t know if that’s kind of weird. I just find it really fun to be sassy and have a different personality. I feel like that would be amazing.

HNMAG: What do you do in your spare time when you’re not acting?

Aaliyah Cinello: I feel like I live my life like a regular high schooler, go to school, hang out with my friends, do extracurriculars. I would say I’m pretty normal.

HNMAG: Are there any other interests you’d like to try out?

Aaliyah Cinello: Oh yeah, I think I’m really good at singing and love to sing. I’m also in my school’s arts and media program for visual acts and it’s always been a passion of mine.

Pretty exciting stuff. I suggest you go to Apple TV+ now and watch Circuit Breakers. It’ll be worth your time and maybe even remind you of your childhood. In a good way, I hope. Me, I always wondered if life would be different if I was raised in a sci-fi universe. Would it be better? Or would I just end up living the same life as Chad Vader? Hm.