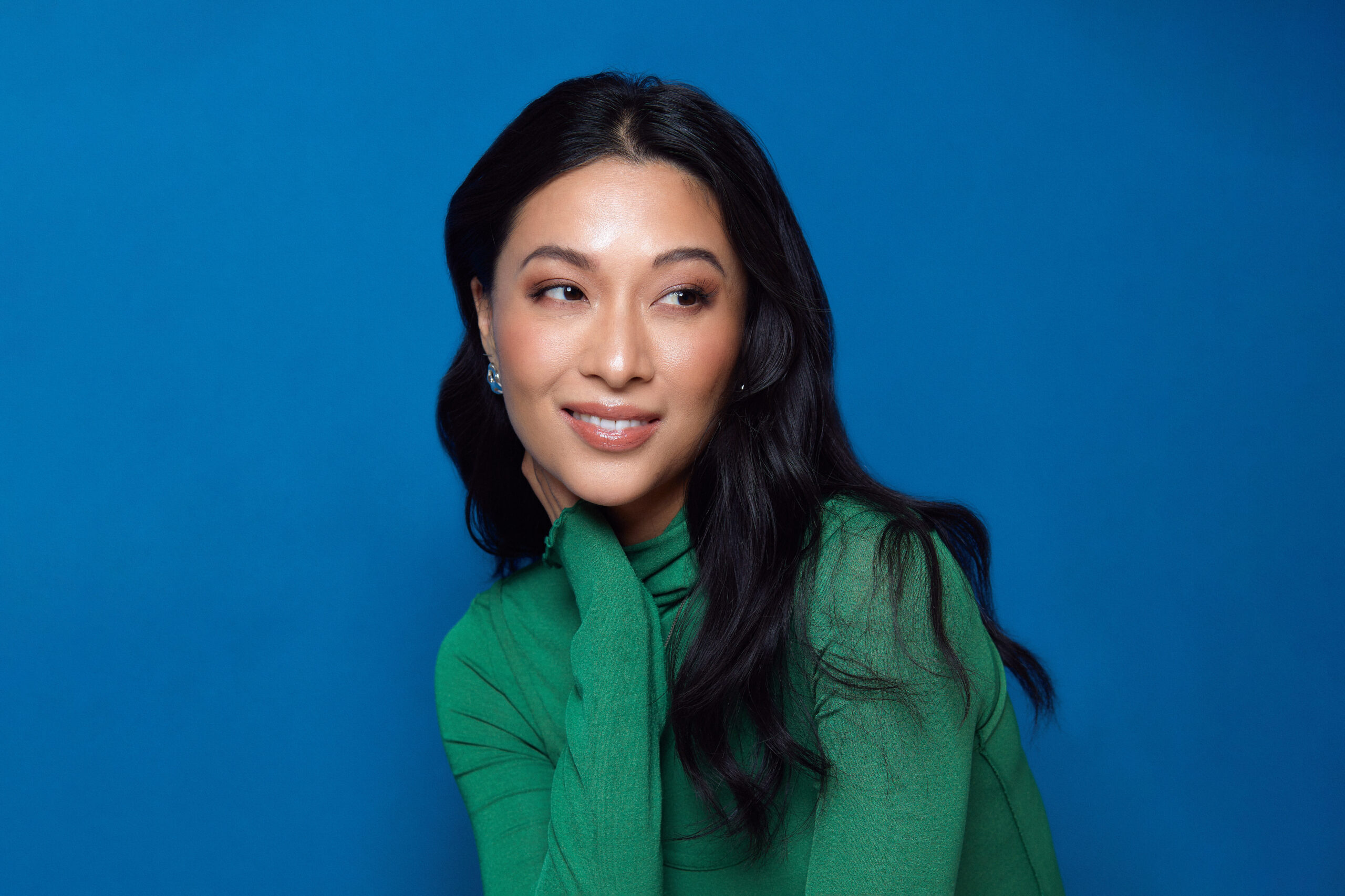 CBC’s series Diggstown is coming to a close this month, and it’s too bad it couldn’t have lasted any longer. So far the show has covered such important topics as mental health, how pregnant trans men are treated in healthcare and abuse in Indian day schools. There’s just so much content that got covered and so much more that could’ve been but wasn’t. But before it all came to an end, I spoke to actress Dorren Lee who had a recurring role as Andrea Garth and there were some interesting stories she was a part of. We had ourselves an interesting little chat about her character and the series, and of course I must testify everything that was said. All rise. Court is in session. I swear the tell the truth, the whole truth and nothing but the truth, of what was in this entire interview.

HNMAG: Congratulations on your role in Diggstown. Do you find it to be your most interesting role yet?

Dorren Lee: Absolutely. The character I play is part of the powerful Clawford family that is produced in the last season of Diggstown and she is adopted into a family with 4 kids. 1 who is blood-related to the head of the Clawford family and the other three including Andrea are all different races so that was a very interesting aspect of the story and I’ve never quite played a character like that before.

HNMAG: I also understand you could relate to Andrea Garth in terms of struggles. But was there anything different between you and her that was tough to relate to at first?

Dorren Lee: Sexuality-wise, Andrea is bisexual, I would say. In the storyline she is dating Ellery Lopez played by Nicole Munoz. I believe Ellery is a lesbian and I chose Andrea to be bisexual in her nature, she’s very exploratory and adventurous. Myself, I’m heterosexual so that was different.

HNMAG: And did you have to do research on the Canadian legal system for this role?

Dorren Lee: I did, this show in particular is important in my opinion because it showcases a lot of holes in the Canadian legal system and with the storyline we were talking about migrant workers. I didn’t realize Canada had those, I knew a lot of people would go to Australia and take a job on a farm, picking peaches or fruits to be able to get their work Visa and have a living while traveling in Australia. I didn’t realize that was the same for Canadians. What surprised me the most was how horrible the conditions in which these migrant workers were living in and they don’t have rights or access to health care, can’t leave the country. They don’t have any type of regulations in terms of the hours they work. I feel like it’s never been showcased in the media. It’s never been in any articles, they’re the reasons why we have access to strawberries or pumpkins. Working on this show was the first time I ever heard about it.

HNMAG: Was there anything else about the content of the show that really freaked you out or taught you a lot you didn’t realize?

Dorren Lee: Something else that the show emphasized for me was in terms to legal access of resources. It’s very much in favour of people who can afford legal help and this show showcases lawyers like Marcie Digg who does provide services to people who necessarily do not have access. The thing about the legal system is that it’s there to fight injustices but you can’t even get to that point if you don’t have the money or resources to do it. That’s where the inequality lies, but thankfully there are lawyers and legal counsel who do this service voluntarily for people who can’t afford it and there is the Duty Counsel Day. They highlight counsellors who work for free and something else I learned working on the show was representation for deaf actors. The patriarch of the Clawford family is deaf and played by John Maurice.

Dorren went on to explain she learned ASL on set and what it’s like to work on a deaf set. She and the other actors learned ASL etiquette on set from ASL coaches and she described it as a special experience not only learning sign language but working on a set with it and an ASL actor.

HNMAG: Do you see yourself working on more ASL productions in the future?

Dorren Lee: I would love to, it was such a unique experience learning this language that doesn’t require any words. I’m very surprised in when it connected me to my emotions a lot deeper than words ever have. It lead me down this path of exploring emotions in our body. I’m not sure if you heard of the book, The Body Keeps the Score, it talks about our emotions and a lot of the experiences we’ve had get held in our body. I felt like learning ASL was the catalyst to exploring myself in my day-to-day life so I would definitely love to work with more deaf actors.

HNMAG: It’s a shame that Season 4 is the final season. But do you hope to find similar or even better roles in the future?

Dorren Lee: Being able to audition for this role especially as an Asian-Canadian actor, I don’t feel like roles like these come along very often for people who look like me. Being able to have booked this part and work on this show gives me so much hope moving forward. Other characters that can be written with such depth and complexity for people who look like me. Floyd Kane the creator of the show was a lawyer himself in Nova Scotia and he transitioned into being a writer, director, producer and a show runner. It’s people like him who allow more stories of representation and diversity to such important topics that aren’t necessarily covered by the media to come to light. I look forward to having more opportunities like this

HNMAG: Do you hope to work with Floyd Kane and this production company more in the future?

Dorren Lee: Absolutely. I know that they are working on more development and more shows with American networks and producers, so I’m excited to see what else they’re able to do and expand the work that they’re in and hopefully there’s something in the works between myself and the production company AND the rest of the cast.

HNMAG: Let’s talk a little more about other things you worked on. Have you acquired some other roles recently?

Dorren Lee: I returned for an episode on Kung Fu, which is a CW show. I worked on that in Vancouver a couple months ago. That was really amazing to go back to a show i worked on in Season 2, and it was great to see the cast again and work with these amazing actors from LA. I was also able to work with the same writer from Season 2 and we had a really good chat and they managed to incorporate me into Season 3. I’m also making another appearance in a show I previously worked on. I can’t quite say which one, but it should be coming out some time next year. 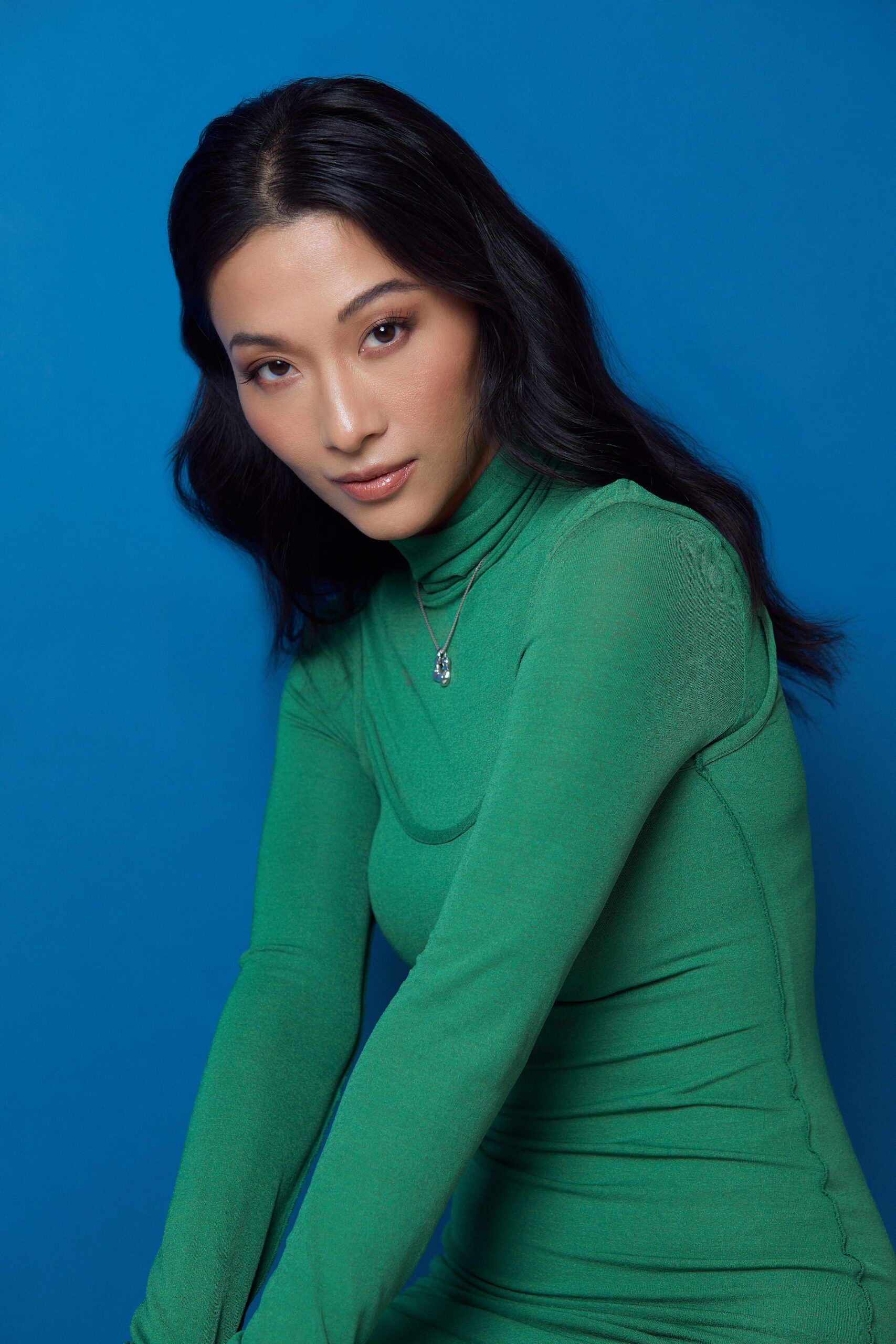 For those who are wondering, you might find out what her latest appearance will be on her IMDB. There’s lots of interesting credits and info there.

HNMAG: You also speak three different languages. Has that gotten you a lot more roles?

Dorren Lee: Not really. (laughs) I speak Mandarin and I can understand Taiwanese. I did have a role to speak Mandarin so that was very helpful. I hope moving forward I’ll be able to do more of that.

HNMAG: Do you plan to learn more languages to acquire more roles?

HNMAG: You like to do a lot of learning in your spare time. Do you see yourself doing a role as a philosopher or teacher someday soon?

Dorren Lee: If it’s an interesting character and she has an arc and complexity to her. What I like to do in my spare time, helps me understand characters of all sorts of professions and backgrounds. I think that’s why I got into acting and why I was interested in acting. I am so curious about people and would love to learn more about them. I’d be an interviewer if I wasn’t an actor.

HNMAG: What about exploring? If you get a chance to do overseas traveling for a role, do you intend to stay longer to see what the country is like?

Dorren Lee: Absolutely. For Diggstown, we worked in Charlottetown, PEI and Halifax, Nova Scotia. That was such an amazing experience for me getting to learn more about the Maritimes and really spending time with the people there. I got really close to the locals there really understanding their way of life which is different from growing up in a big city like Vancouver or Toronto. The values are so different so I definitely find having the chance overseas definitely works. That’s how I generally like to travel anyways. I like to see how the local live and try to experience that.

HNMAG: Do you ever think of making and directing your own productions? If so, what would they be about?

Dorren Lee: Yeah, I do write in my spare time as well and I directed my first short film last year and am still in the post-production phase. For me, I’m curious about exploring the differences and similarities between people of different cultures. I’m writing a feature right now that has to do with the new Immigrant experience. What it would be like if the character never left their hometown. I’m trying to incorporate a little bit of fantasy and horror elements to it. I recently watched Pearl, and it was so well done. I’m taking inspiration from horror films like that to make social commentary.

By the power vested in me, I hereby declare that Dorren Lee did great in Diggstown and will continue to excel in her career. Case Closed.

Who knows what we could expect from her next? It’s nice to know she has learned ASL so all you deaf folks out there will get to see more of her most likely. Just watch!