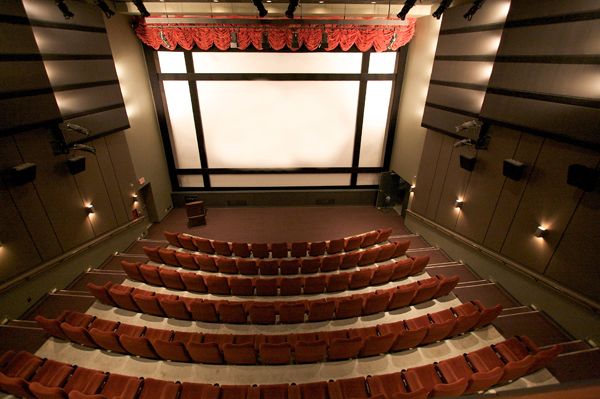 Some more of what I saw. This was from both yesterday and the day before.

Short Films – There was a fair amount of short films shown for this year, so here are some of my personal favourites. Evan’s Drum is a story about a little Inuit boy who makes a drum for his mother which she uses in a live performance. The story is that Inuit drumming isn’t very common in Labrador like it once was but it seems to be making a comeback. It’s a true story actually, shown kind of like a vlog. Kiri and The Girl, now I know I’ve covered some of it before. But I had to watch it at a festival just to get the feel. Kiri is a little girl who recently lost her mother, and tries to cope with the death. One night, she is unable to sleep and comes across a crow who gives her a feather. Kiri collects a lot of things from the backyard but this concerns her father that something is wrong with her. One day when Kiri attends a powwow she meets another girl and they play in the woods together. Out there, Kiri connects with all kinds of creatures and people in her imagination. It was a beautifully made film with cool visuals and a strong feeling of family. Among some of these live action shorts include animated shorts and some stop motion. One of my favourites was Charlotte which was all about a folk singer who is performing locally while living with her pre-teen son who has gotten skilled in archery. She talks about a song which is all about her mother, and I really liked how it was made as well as told, with a great song I’d like to hear a full version of. An interesting Ukranian film was Unnecessary Things, a short film about a robot-man named Rob who goes to the Unnecessary Things shop, and buys himself a human also named Rob for companionship. The story is heartwarming but it gets pretty sad before you know it. On the more adventurous side was The Monkey, a short film about a monkey who survives a shipwreck but has to deal with vengeful villagers who want him dead. It got pretty disturbing fast and the next thing you know, it was just sad in the end. But the soundtrack was impressive. As far as realistic and documentary style, Jean Swanson: We Need A New Map is great focusing on a wise old woman who stands up to fight poverty and make the world a better place, but despite her attending protests, she gets herself arrested. She used to try and run for council, only to come across hard times. It was a very fulfilling film that focused on the days before things got even worse. As for mythical fiction, my personal favourite had to be Prometheus, telling the story of the Greek Goddess. This film was fantastic being made up of paper, live-action, felt products, rocks, sticks, toy tractors, and all kinds of materials.

The King of Sudan – Jeremiah Heaton is enjoying his life in the country side of Virginia. After a talk with his daughter, Jeremiah gets the crazy idea to obtain an island and become a king of his land. What does he find? Bir Tawil, situated between Egypt and Sudan. Jeremiah decides to claim this place as his own. With his crazy idea on his mind, Jeremiah makes out all the elaborate planning he can do to get all the way out there. Upon making his mark by planting a flag in the island, Jeremiah gets lots of interviews, and becomes popular on the news. There were even plans to make a Disney movie. The only thing missing was a celebrity making some kind of song about it. But not everybody liked this father-of-the-year because a lot of insensitive and negative people accused him of racism. Aside from that, Jeremiah also has to figure out how to make his newfound country a lot more lively especially seeing as people want to let it flourish with electric power and lots of agriculture, enough to feed everyone. Jeremiah’s journey involves talking to ambassadors, the U.S. military, General Michael Flynn, and an advisor from North Sudan. While it seems like the process has been going super slow, he gets to go to places like China and Thailand, he takes a freelance job running errands so he can focus on making the land his. King Friday XIII made leadership look easy and fun despite his superstitious sounding name, but King Jeremiah I is another story. After all these years, does he truly fulfill his dream of being and his daughter’s dream of being a princess? Taking place over a long time, things seem slow but all in all it’s a great documentary showing the difficulty of working hard to get something. Nothing comes easy and this story truly shows that. Great concept, Great interviews, and a lot of nice shots of different countries as Jeremiah’s journey continues.

Creator Talk: Rutherford Falls – Duana Taha spoke to Sierra Teller Ornelas, who came up with the show Rutherford Falls. Sierra talked about how she came up with Native characters, her origins, the story behind her middle name, and how she got into TV writing. This chat showed the process of becoming a show runner and what it’s like, especially the comedy. Sierra and Duana also spoke all about the series Rutherford Falls, which takes place in a museum. A lot of the story is based off Sierra’s childhood of growing up in a museum. Another powerful talk and very detailed.

Benediction – Taking place in London in the year of 1914, the Sassoon brothers go to fight in the war. After years of fighting, Sigfried the oldest spends his years recovering from trench fever, PTSD, and the fact that he felt the war went on too far. He has plans on protesting the war, but things don’t go for him as planned. To clear himself of all the bad he’s done over the years, Sigfried converts to Catholicism a long time later. As he gets converted, we look back on his youth over all he’s done from getting snarky with those in charge of the army, being sent to a mental hospital where he stays most of his life, and there he recovers while also taking an interest in another man in the army named Wilford. As the years go by, the people more affected than Sigfried disappear. He keeps his sanity intact by coming up with poetry, he visits his mother from time to time, and develops an interest in men. He tries to start a relationship with a flamboyant actor named Ivor but it goes cold a little too quickly. Soon Sigfried finds himself falling in love with a woman instead. It’s a very long film but it’s got such a beautiful and lovely vibe to it.

The Suicide Squad: Editing Masterclass – Truth to be told, I myself haven’t been much into editing since I never got much work as an editor, my skills were minimal, and I lost interest. I still attended this anyway. Maybe to see how the new younger more learn-ed editors do their craft. As shown from someone who has been in the field longer than me. Matthew Hannam hosted this event, and he is also an editor himself. As Matthew asked Fred questions regarding his experience with many filmmakers like Quentin Tarantino and James Gunn. Fred also talked about what went into making some of the films he edited, music that contrasts in different films, editing with visual effects, getting emotion across, inconsistencies, and then they concluded with Q&A from attendees. It’s interesting to hear how editors work nowadays. If only I got a little more into it.

Rock Bottom Riser – A nature type of film that by Fern Silva focused on a volcano. Starting out with a few minutes of hovering drone footage of molten lava, then going to landscape shots while a narrator tries to talk to the viewer. But it’s not just nature shots of magma and smog, we also get shots of a man ranting about God, people going about their daily business, someone planning out a journey, really weird trippy footage, and cool scientific tips that looked like they belonged in a Bill Nye episode. A great educational and experimental video with lots of cool imagery and great footage of different qualities.

And that’s about it for my coverage on VIFF, but don’t despair. Darren and Shaun have plenty more to come for this month. So enjoy it, and stay tuned for my first interview for the first time in a long time.