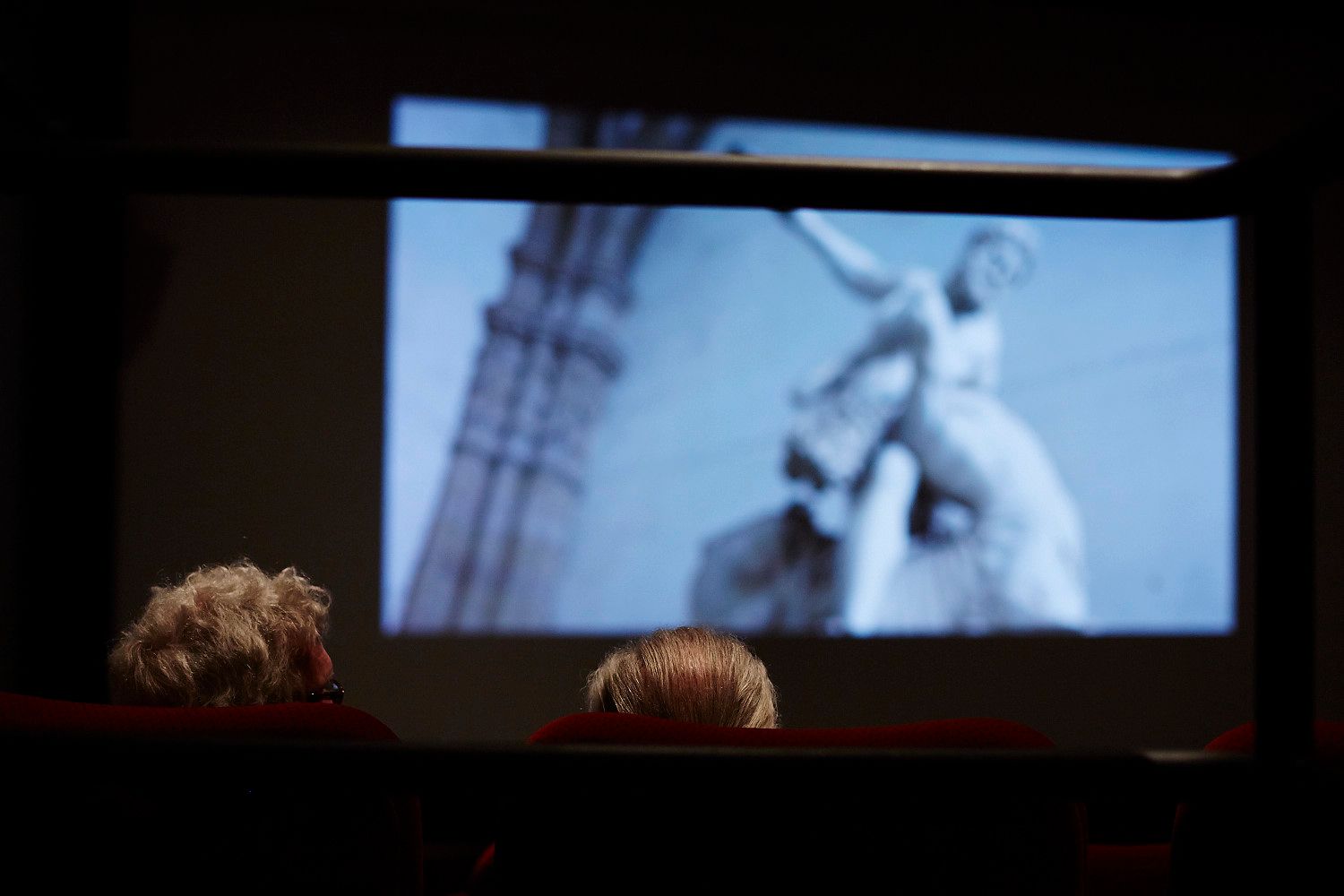 With COVID restrictions lifting somewhat temporarily, VIFF gave us two options this year: Online and in theatres. This made less quantity and major seating differences due to the pandemic, but the feeling of meeting people in person again, even while wearing masks helped to make connections while many more are to come should things continue on the right track. On the plus side, there were were 28 Canadian features, more online VIFF talks, VIFF Immersed was featured online, and there plenty of new venues for films screening all around North Vancouver and West Vancouver. Here are some the things I have just checked out just recently.

Opening Night – It was nice to get back into a theatre for the first time in (what felt like) years. But thanks to COVID still being around (thanks a lot, non-believers) the seating was limited and people were greatly spaced out to aisle seats and centre seats in small sections of two or three. I thought this place would be jam-packed and a LOT of people would be coming, but no. It was mellow, and I was the first in the line-up. Then again, I did come an hour and a half early. I only recognized two people and it even took a while to get started, but once it did, the audience was treated to songs and performances hosted by the Natives of our beautiful land. And no, none of them sang that “This Land is Your Land” song of the Canadian variant. They sang original tribal songs. The Musqueam family went first with their welcome song that had vibes and reverbs that echoed joyously through the theatre. Members of the Squamish nation came next singing two catchy songs, and then a Tsleil Waututh family came in with impressive voice work and outgoing tempo. Finally we got some speeches by Lucille Pacey, Executive Director Kyle Fostner, Leonard Schein who did a funny speech about the origin and mocking a critic who wasn’t in the right (unlike me), Alan Franey, Vancouver’s Mayor Kennedy Stewart, the honourable Melarine Mark, and Hedy Fry. Patience paid off because finally we all got treated to the opening film, The Electrical Life of Louis Wain. Taking place years ago, Louis is a man interested in several random things: Cats, electricity, and boxing. He’s kind of a combo of me and my brother. Despite his interests, Louis Wain fails to support his family after his father died, and their governess Emily ends up doing more work educating his nieces and keeping the house in place. Eventually Louis gets a better job with his employer Sir William. and spends so much time with Emily leading to a relationship, and then marriage. After Louis and Emily get a house of their own, they adapt a stray cat naming him Peter. Thanks to his new ball of fur in his life and Emily dying of breast cancer, Louis starts a new interest drawing cartoons of cats doing human things. It’s things like this that lead me to wonder why Marc Brown chose aardvarks for his content. Eventually, Louis and his illustrations become famous and he’s president of National Cat Club. But since he never copyrighted his work, he didn’t make a single cent. His family goes into further debt. His niece goes insane, and even Peter the cat dies too. But all this gives Louis inspiration to make more work. He gets better recognition and starts a new life in New York where he can be a new man (oops, wrong historical story). But it’s hard to keep himself steady the whole time, truth to be told. This movie went from humorous to heart-wrenching. Pretty cool stuff towards the end, and an amazing story about what I would call the origin of Lolcats, more or less. The reception afterwards was pretty minimal. A chance to drink, mingle, and take photos by that photo wall. But at least I felt a vibe I hadn’t felt for a long time. 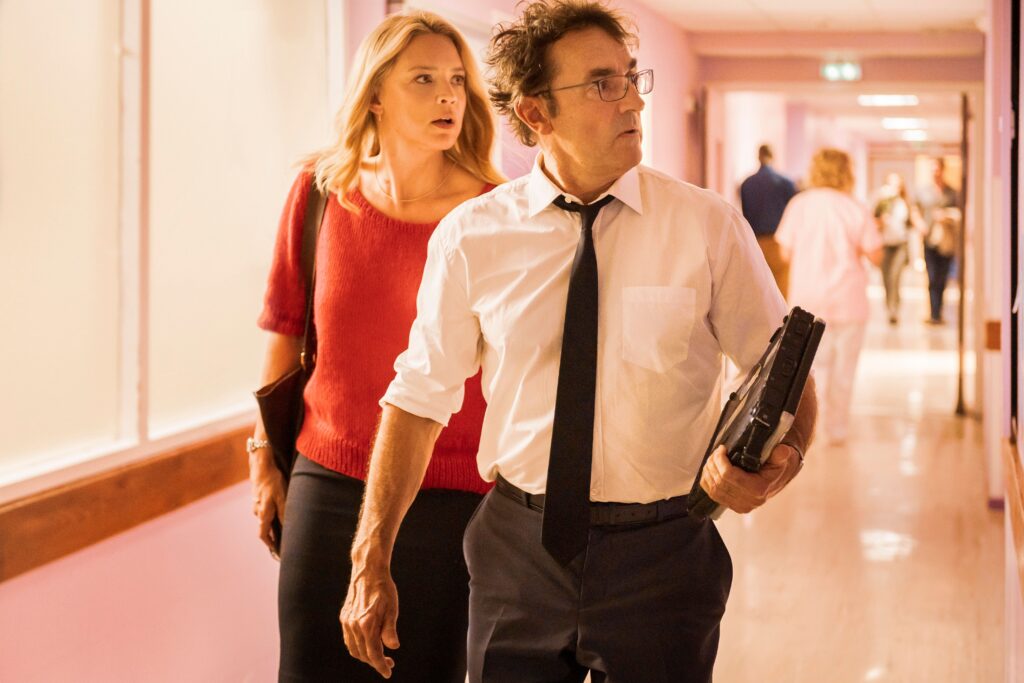 Bye Bye Morons – I saw this one at a press screening before the festival. The story takes a couple different people and weaves them into an elaborate story of crime, punishment, and nonsense. Suze (Virginie Efira) has lung damage and decides that before she dies she must find her long lost child who she had out of a teenage romance. While at the office, a security system operator named Jean-Baptiste Cuchas decides to commit suicide with a gun, but in a comical style he destroys his office and causes a panic believing people to think it’s a homicidal attack instead. While his superiors try to figure out what happened, Jean and Suze team up in an unorthodox manner to help each other out of their messes and meet up with Serge Blin (Nicolas Marie) and they escape. Through a crazy hunt to find the lost birth documents, and Jacques nearly getting arrested, the three make their way to Suze’s doctor, Jacques Lint who has Alzheimer’s but his strange ways of problem-solving still comes in handy. Once everything is found out, Suze learns who her son really is. A hilarious story with lots of mispronounced names, and heartwarming content, the film manages to turn dark pretty quickly with some sad twists. But in the end, it shows anything can be done no matter what the circumstances. 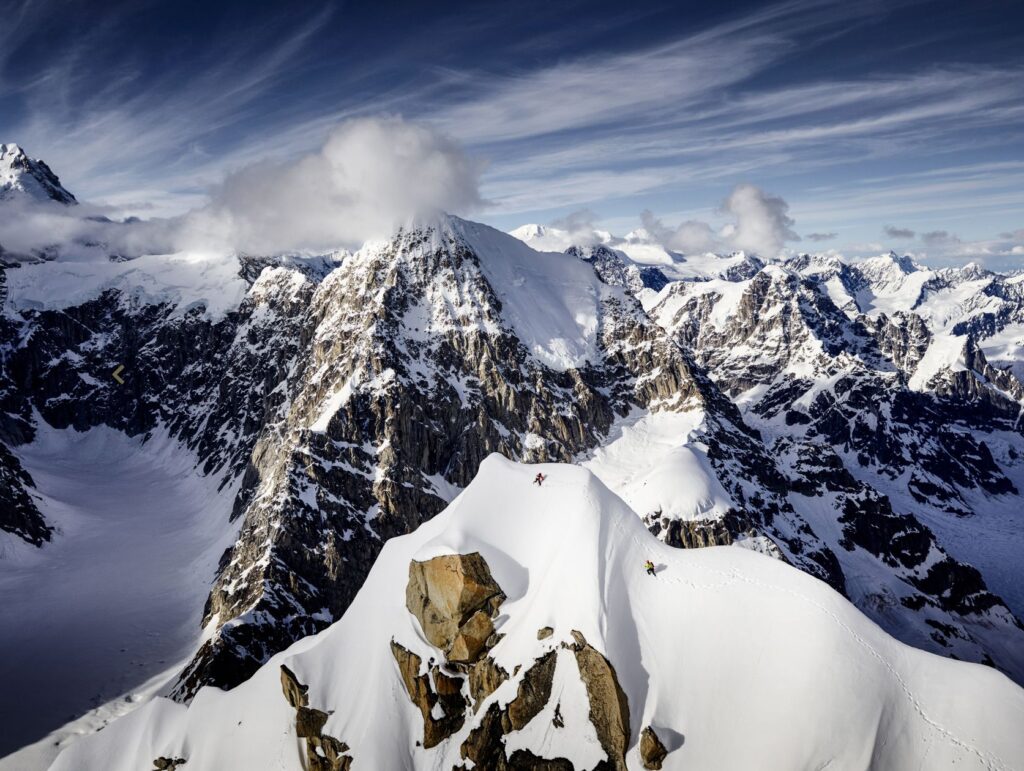 The Sanctity of Space – This one took me straight out to the middle of nowhere in West Vancouver. For a special event, attendance was kind of low. It’s a documentary about several daring men, who go to explore a gorge in Denali deep in Alaska. It also talks about Bradford Washburn who took a photo of said location. Anyways the team of several men made plans to scale a section of mountains called the Tooth Traverse which had mountains shaped like different animal teeth and were treacherous to climb. The doc was also filled with informative historical stories and detailed mountain shots. It seemed kind of longish, but it was a really bold documentary with incredible adventures and daring stories.

Bora Kim Talk – Moderated and overlooked by Maggie Lee, this was an interesting talk between senior director Kore-eda Hirokazu and upcoming director Bora Kim. The two shared a huge interest in filmmaking and had a heartwarming conversation and learned a lot both from and about each other. I learned a fair amount too, including the benefits of storyboards, communicating with others, and dealing with certain types stress such as the one guy on set you can’t stand. Sadly, I know way too many of those. Still, I loved the connection they managed to make despite speaking completely different languages. I have never seen such lovely cooperation between directors in conversation.

Kicking Blood – Produced by VBAFF’s very own David Aboussafy and directed by Blaine Thurier, Kicking Blood is about a vampire named Anna who works day-to-day as a librarian and drains the life and blood out of the worst humans she’s ever seen because she’s actually a vampire. In an interesting way of storytelling, drinking blood is not just survival for vampires, but it can also be an addiction. One particular night she’s about to bite into a drunk loser named Robbie who is wanting to die, but Anna can’t do it as she somehow develops a fondness for Robbie and he decides to start a new life staying sober. Meanwhile Anna, along with her vampire friends Boris and Nina continue to drain losers and egomaniacs of their blood. A little more mastery in stealth and they could’ve gotten to politicians. But Anna is starting to feel feelings more and more as she gets concerned about her boss Bernice who is on the verge of death, and Robbie seems to be someone she’s falling more in love with. It also seems that Anna wants to die like a real human as she’s sick of eternal life. Things can only go downhill when her vampire chums come across Robbie. It’s a disturbing and twisted story, alright. But at the same time, it’s a new way of talking about something I never thought vampires could have: an addiction. With so many things being able to kill them, I can also understand how their only source of food can also be an addiction depending on what kind of drugs can sometimes be in somebody’s blood. 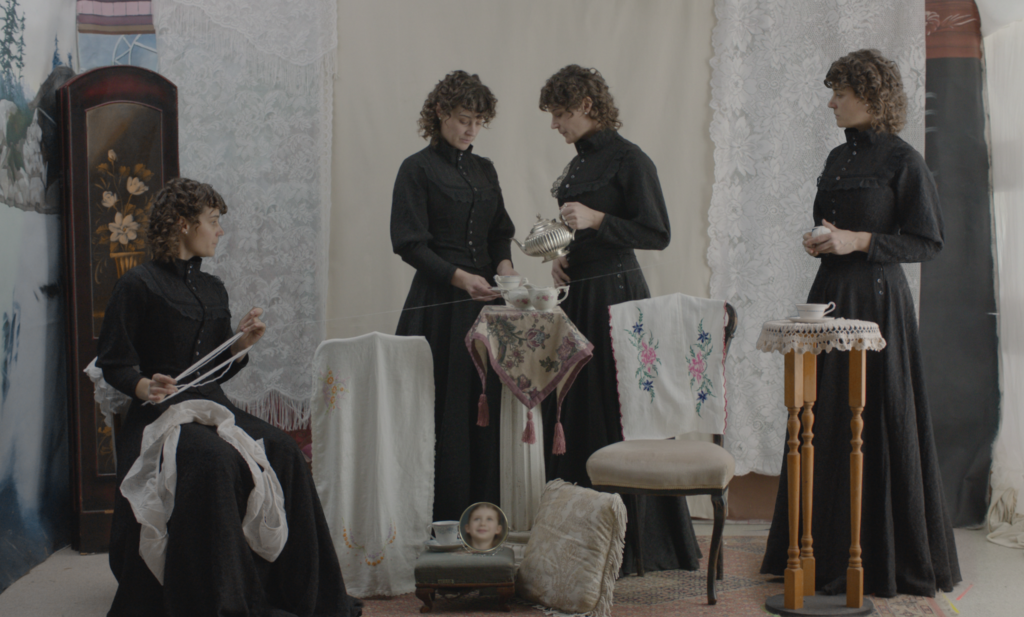 Be Still – The interesting story of Hannah Maynard, told so artistically in the style of some other director I know. Hannah is a photographer feeling very distraught and can’t seem to focus on her work or the happenings around her. When her husband Richard gets concerned about her behaviour, he calls in a doctor to check on her and he invites Hannah to an event where she can do her work. But it’s hard for Hannah in her delusional state when she manages to see many other variants of herself everywhere. This is the majority of the film. So many Hannah’s interacting with her daughter Lily who has passed on some time ago. Her husband tries to get her into work and taking photos for an exhibition in Alaska but Hannah starts to lack passion and soon wants to give it up. Hannah finds the best way to cope with her grief is coming with new forms of art. Since it’s an artistic film, so it has artistic visuals. The elaborate setups of Hannah’s pictures, the in-and-out from grayscale to colour, and a lot of deep dialogue.

Directing Masterclass with Craig Zobel – Another talk I checked out. Zach Lipovsky hosted this event and brought in Craig Zobel. I may have been one of the few fully tuned into this because the entire chat consisted of complainers unable to view it for around 10 minutes. Anyways, Craig and Zach talked about everything, from Craig’s humble beginnings on Homestar Runner to directing an entire season of a TV show. Specifically Mare of Easttown, and Craig really talked out about this series and what happened behind the scenes in order for a certain scene to work.

That’s some of it for now. I’m going to be explaining some MORE of what I saw for tomorrow. So stay tuned for the next part!