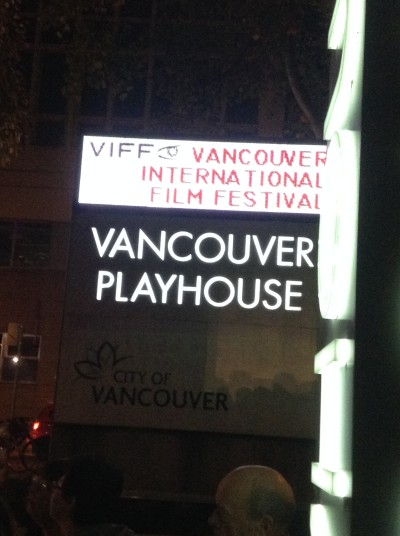 Just realized I might’ve thrown off a few people with the titles of the last two articles I wrote. I managed to cool down with a slight break after three movies. Aimed strictly for some BC Spotlight movies this time around, but started off with a random one that was closest to me.

Lost and Beautiful – Taking place in Italy, starring Tommaso Cestrone. He plays a farmer, part of a community of men who wear goblin masks and cackle instead of talk. Cestrone makes a request to tell his story of how he is working hard to rebuild an abandoned palace that hasn’t been lived in for years. His final request is for his fellow demigod Pulcinella to save a young buffalo calf from getting killed. Suddenly this movie focuses more on the journey of Pulcinella and the buffalo known as Sarchiapone. It details where the two go, what they do, who they interact with. I always enjoy artistic cinema, so this was something interesting even if it’s just the journey of a buffalo that supposedly talks.

Sleeping Giant – Not what you’d think it is (if you’d been living under a rock lately). No, it’s a film about delinquent teenagers doing stupid things. Didn’t we all at that age? Starring Adam (Jackson Martin) who is trying to enjoy his summer in a small town at Lake Superior. Things look up for him because two other teenage boys come by on vacation to liven things up. They go on adventures from stealing liquor to jumping off a high ledge. It’s amazing how intense a movie about adolescence became so dark in just a short while. It starts out basic but then midway through things change drastically. Full review coming up.

Fractured Land – Now this was informative. A documentary about Caleb Behn, who has recently begun to battle the gas/oil industry so they won’t implement fracking in his community. The documentary shows exactly why fracking is bad for the environment as well as Caleb’s personal life of hunting. We watch Caleb disemboweling animals to see how infected they are. Everyone really felt the need to agree with the statements in this film. Whenever there was footage of Christy Clark saying something dumb about how fracking was beneficial, everyone groaned in response. Hopefully the film will help spread some word.

If three good movies weren’t all showing at the same time, I’d have more to write about. Honest.