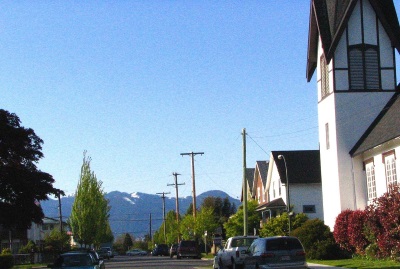 Having won a free ticket (actually the real winner gave me theirs) to EVSFS at last month’s booze and shmooze hosted by Raindance Vancouver, I spent last night enjoying a showcase of Vancouver based films at the Rio Theatre. Interesting fact, I knew most of the people who worked on these productions.

After of course finding a seat with a few people and meeting up with a couple connections, the show started with an abrasive opening from two hosts named Pippa and Chad. Interesting how every event I attend, the hosts are eccentric and riled up. After that opening, the first film showcased was Broken Masters, a comedy starring Ken of Street Fighter believing he can be a video game champion. (Starring my acting friend, Max Clough) Of course, he has bigger problems than losing to in-game M. Bison, such as getting evicted by his landlord Waluigi, and later fired by his boss Lara Croft from his car washing job.

The next film was called Old Clown Wanted which starred Al Dales and another friend of mine, Raresh DiMofte, starring as a couple clowns waiting to be called in for an audition. Doesn’t sound like much but trust me, it was enjoyable and worth watching.

Next up was an animated short, Foxed! Yes, it even included the exclamation mark. A little girl named Emily gets taken away by foxes and must slave away in a mine, and try to find a way out of said mine. The animation was quite flawless, I haven’t seen something like that in a long time.

Then came Lily’s Crossing, a short film about a teenage girl who has family conflicts and feels rather miserable. This one was well written, not many short films I watch have a defined beginning, middle, and end like this one.

Afterwards came one of my personal favourites, Anxious Oswald Greene. A man goes to a doctor’s office for his scheduled appointment on dealing with anxiety, or at least a “talking bug.” Not only was Paul Armstrong involved in this, I also felt I could relate to this movie myself in a way. I think we all can at one moment or another.