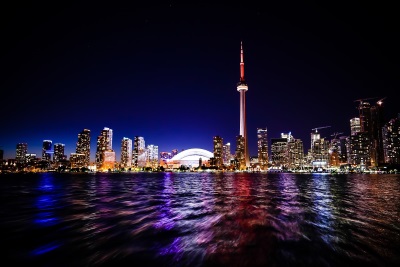 My mind has been preoccupied of late. Very recently, I realised that despite being an Irish film-fanatic who immigrated to Toronto six months ago, I lack a fundamental understanding of what defines Canadian cinema. Upon the acknowledgement of my own ignorance, I decided to deliberately engage with this cinematic tradition, in the hopes of gaining a firmer grasp on the industry and its artistic hallmarks. Though I have only just begun, the journey has already proven to be insightful, as well as surprisingly humbling.

In recognition of my obliviousness, I impulsively sought the first available Canadian production that piqued my interest. Lo and behold, I found Turbo Kid (or maybe it found me). As a post-modern throw-back to the 8-bit era and kids shows of the nineties (the scenery alone hearkens back to the hey-day of Power Rangers), I found the film to be wonderfully nostalgic, and worthy of the cult merit it has been gathering since its release.

Having somewhat appeased my hunger for Canadian cinema, I gathered myself, and then began reflecting on the films I have seen by this country’s more celebrated filmmakers, particularly the works of David Cronenberg and Jean Marc-Vallée.

Cronenberg hails from an older school of filmmaking, though his influence on film, or more specifically the horror genre, is unquestionable, with 1986’s The Fly being one of the only films I have ever turned off the first time around, and all because of the tension his direction evoked. Cronenberg’s 2005 film, then,  A History of Violence, left a great impression on me in the way it tackles questions of human nature, while also proving, in my eyes, Cronenberg’s creative versatility.

My first (and sadly only) encounter with Vallée, then, was 2013’s Dallas Buyers Club. Had a less restrained director helmed it, the film could have been a heavy-handed affair, doing the impressive script little justice. Yet even with the virtuosic performances of McConaughey and Leto aside, this is a masterfully directed piece of cinema, evoking incredibly raw emotion at the most crucial dramatic moments of the film.

However, my momentarily blissful reminiscence of these films was punctuated by one thought: they are all American productions directed by Canadian directors. I have not even experienced the Canadian productions of the Canadian directors I so revere, leading me to question my own integrity as a self-proclaimed film-fanatic. In light of these revelations, I have decided to dedicate myself to the exploration of the most substantial works Canadian cinema has to offer. Further down the line, once I feel am capable of offering my own definition of the cinematic tradition this country has to offer, I will follow this piece up with my personal views, as an outsider looking in.