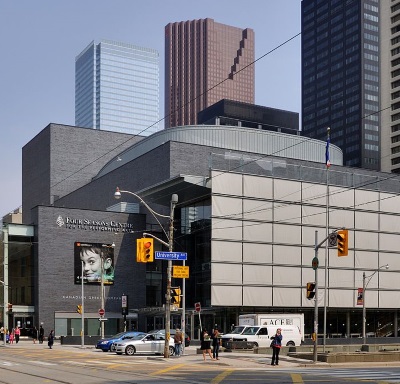 Last night, the Canadian Screen Awards were shown, originally shot in Toronto at the Four Seasons Centre. The Awards show was hosted by American actress/comedian Andrea Martin. Starting it off with a live vid of her tripping on the carpet while entering, parodying an old news article about something Britney Spears once did. Further into the show, she continued with Canadian-based humour (the only awards show to wipe their boots) and even  light jabs towards 50 Shades and Stephen Harper.

Not all the awards were broadcasted during the showing on TV, but there was enough to show what did good on screen. Also, for the first time ever, there was a new award presented for Best Web Series, won by Space Riders: Division Earth — which sounds kind of cheesy but probably is pretty enjoyable once one tries it out.

The Golden Screen Award for TV Drama/Comedy went to Rookie Blue, a drama series about police officers who are new to the force and have to learn to deal with work issues as well as personal issues from their family members and friends.

The series to have most nominations was Orphan Black, a science fiction show all about Sarah Trade, a con artist and foster child, who discovers she is one of many clones part of an experiment called Neolution. The series consists of Sarah keeping her fellow clones safe from a religion called the Proletheans, who declare the clones to be abominations that must be killed.

The most popular movie, with 13 nominations, is a French-language film named Mommy which is all about the life of a woman who tries to help her widowed neighbour through life and dealing with a rebellious teenager.