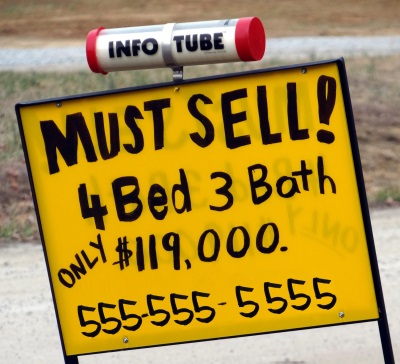 (From Shaw Media) Getting ready to sell your house? Don’t be surprised if you find yourself on reality TV, especially if your place could use a lot of help with curb appeal.

Open House Overhaul,  premiering at the end of this month on HGTV Canada, stars designer Sam Pynn and her reno crew, who “ambush an unsuspecting seller poised to show their home and offer to overhaul it to increase its value in time for their next open house.” That can mean almost anything: “a quick bathroom facelift, a full kitchen gut job, or simple but effective staging.”

Plus, five unique webisodes will bring viewers even more overhauling, which they can catch at their own pace online. The webisodes will feature Sam Pynn’s design tips for four different rooms, ending with a look at the new SEKTION kitchen system from IKEA, which is sponsoring the show in partnership with Shaw Media.

Open House Overhaul is produced by RTR Media. Sam Pynn is a veteran HGTV host and a favourite of the channel’s fans.

You don’t have to take the stuff about ambushing an unsuspecting seller too literally — if you’re willing to offer up your stuck-on-the-market house for an overhaul, you can submit an application to HGTV at this link.  So if you know your house is unloveable (you want to move out of it, after all), or if you just think it may be, but need a pro to figure out why, think about asking for help from this new production.