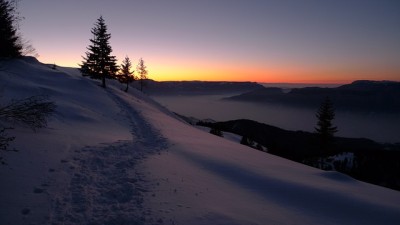 (Via CNW) Earlier, Sophie Cadieux and Sarah Gadon were announced as the official ambassadors for The Shortest Day, a country-wide program that hosts many different kinds of short films. Whether they be classic or new, the event is a special program enjoyable for movie enthusiasts and even families. Originally started in 2011 by the CNC in France, a cinema and image centre, The Shortest Day has been held in over 50 different countries. It’ sponsored by NFB, SODEC, and Telefilm Canada

Screening short films from December 18 to 21, the event is completely free and is currently planning 28 short films, carefully organized into four categories: kids’ films, family movies, musicals, and even dramas/comedies. The screenings will consist of both live-action and animated shorts, screened in 60 different places in Canada. And by different places, I mean not just movie theatres, but other public places in the community including schools, malls, libraries, cultural centres, and so much more, making the event impressively available to nearly just about everyone in the community.

Sarah Gadon has shown great enthusiasm for being the ambassador for the English-Language program while Sophie Cadieux takes on the role of running the French-Language program. Gadon has said herself, “Shorts are a beautiful art form in their own right and are also a great platform for burgeoning feature film stars.”