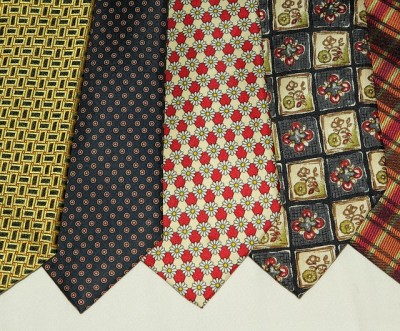 A drama about a lesbian woman in a struggle for employment.

Alice Turner (Stacey Raymond) wakes up and prepares for an interview. She also suits up like a man because she feels more comfortable in men’s clothes. Once Alice makes it to the IT office for the interview, the boss nearly calls in another woman thinking she’s Alice. The interview shows that Alice is qualified but the main issue lingering is how the boss thought Alice was more of an Andrew at first sight. He also tells her that the job got filled in right after he called her in, but that is obviously a blatant lie — we see it as Alice storms past another applicant filling out the form.

When she returns home, Alice is greeted by her partner Kate (Lisa Marie Fabrega) and her daughter. Together they celebrate a birthday party for Alice, even gifting her with a blue necktie. Alice continues to wait for callbacks and interviews, but everyone says the same bs about the job being filled. Kate tells Alice the economy sucks and she’s overqualified. She also warns Alice she needs to find a job fast as money is running low in the household. Alice and Kate get into a heated argument about how Alice should dress like a woman and Alice brings up the fact that Kate used to be married to a man named Andrew. Another key factor that’s brought up is that Alice served in the military in Iraq.

With no other choice, Alice caves in and wears a skirt and high heels for the first time in a long time, much to her personal displeasure. This time around, the boss says the usual, but also offers her another job as his secretary. But Alice isn’t entirely satisfied with her life and there’s no telling what she’ll do to solve her personal issues.

I don’t see too many films like this. It’s interesting to see how someone slightly different than average struggles through personal employment issues. I can personally attest to this myself. The story was laid out perfectly, the shots worked out, and the whole thing is somewhat relateable to a lot of people, no matter what their sexual preference.