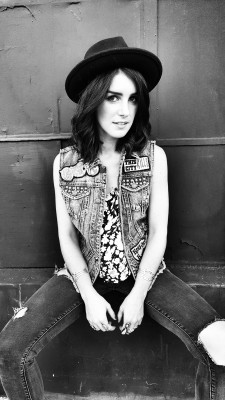 Close to the town of Britt, Ontario, a psychological thriller called The Bequest is now in production, according to a press release from Morcom Media. Based on a script written by award-winning filmmaker Jeff Kopas and Doug Taylor, Kopas is taking charge as director of this movie, producing alongside Robert Budreau and Ryan Reaney of Lumanity Productions. The Bequest stars Shenae Grimes (pictured, right), Gil Bellows (pictured below), Don McKellar, Rosemary Dunsmore, and Natalie Brown. Executive producers are David Anselmo and Marina Cordoni. In this film, a young lady by the name of Jenibel Heath returns to her home on a strange island of mysteries where she reconnects with her past life. Jenibel reunites with her family to take care of their father, who is on the verge of dying. Exactly 10 years ago, their mother killed herself for unknown reasons. Jenibel has expectations to inherit most of the estate on the island as it belongs to her family. But there’s possibly going to be some conflict among Jenibel and her siblings as they may not agree to her plans. To make matters worse, Jenibel is slowly going insane as she spends more time on the secluded island.