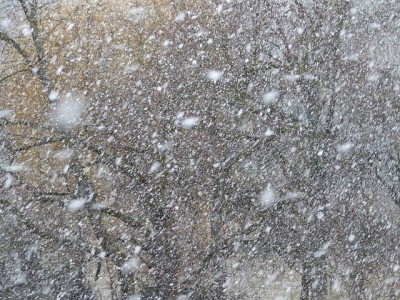 (via wireservice.ca) As mentioned earlier today in the news, producer Andrew Scholotiuk and director Dylan Pearce have just won a Lumiere Award for their 3D film 40 Below and Falling. In the past, big names such as James Cameron, Martin Scorsese, Ang Lee, and many more have received this exclusive and honourable award for their work in movie making from the Advanced Imaging Society.

One of the very first romantic adventure comedies in 3D and 2D, 40 Below and Falling was shot in 4K 3D around Alberta and by a crew made up entirely of people from Edmonton. 40 Below and Falling stars Jewel Staite as a schoolteacher named Kate moving from her small town to a big city where she is set to get married. However, the worst blizzard of the year congests the roads so nobody can get anywhere, and Kate finds herself riding on a snowmobile belonging to an aggressive man named Redford, played by Shawn Roberts. The two must take on the elements of the harsh snow as well as learn to get along together. During the ride, Kate also starts to take more of a liking to Redford than the man she is set to marry in the big city.

The process of making this film was completed using new 3D technology and a custom-made rig from Transform Grip Gear Ltd. The film cost $1.3 million to make, and this is the first 3D feature for both Scholotiuk and Pearce. 40 Below and Falling is currently selling all around the world on Super Channel with DARO films. After a successful screening at 3D Stereo Media Summit and in Germany at 3D Beyond, the film has been announced to also be shown at the LA 3D film fest and even in Paris.