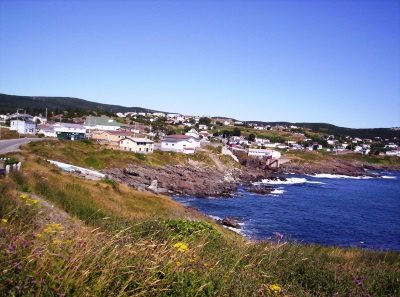 (Via WireService.ca) “Cast No Shadow tells the story of a boy who yearns to transform into something he is not. A boy who was close to persevering, as so many are, but fell backwards,” says Christian Sparkes, director of the fantasy-drama that opens April 3rd.

The boy at the centre is Jude (Percy Hynes-White) , a 13-year-old living in Newfoundland with his “chronic jailbird” father, no mother, and visions of a cave dwelling troll only he can see. He’s also got a habit of hoarding random objects that he’s painted gold. People say he’s a liar, but his wild imagination is his way of dealing with “the cruel and occasionally sweet realities of his life.”

Sparkes says further: “Whenever a character is beaten down or put in a hole by society, we like to envision their environment as means that can be overcome through hard work, luck, imagination, or all of the above. “When it happens it’s beautiful. When it doesn’t, it’s heartbreaking. And sometimes, as is the case with this film, it’s both.”