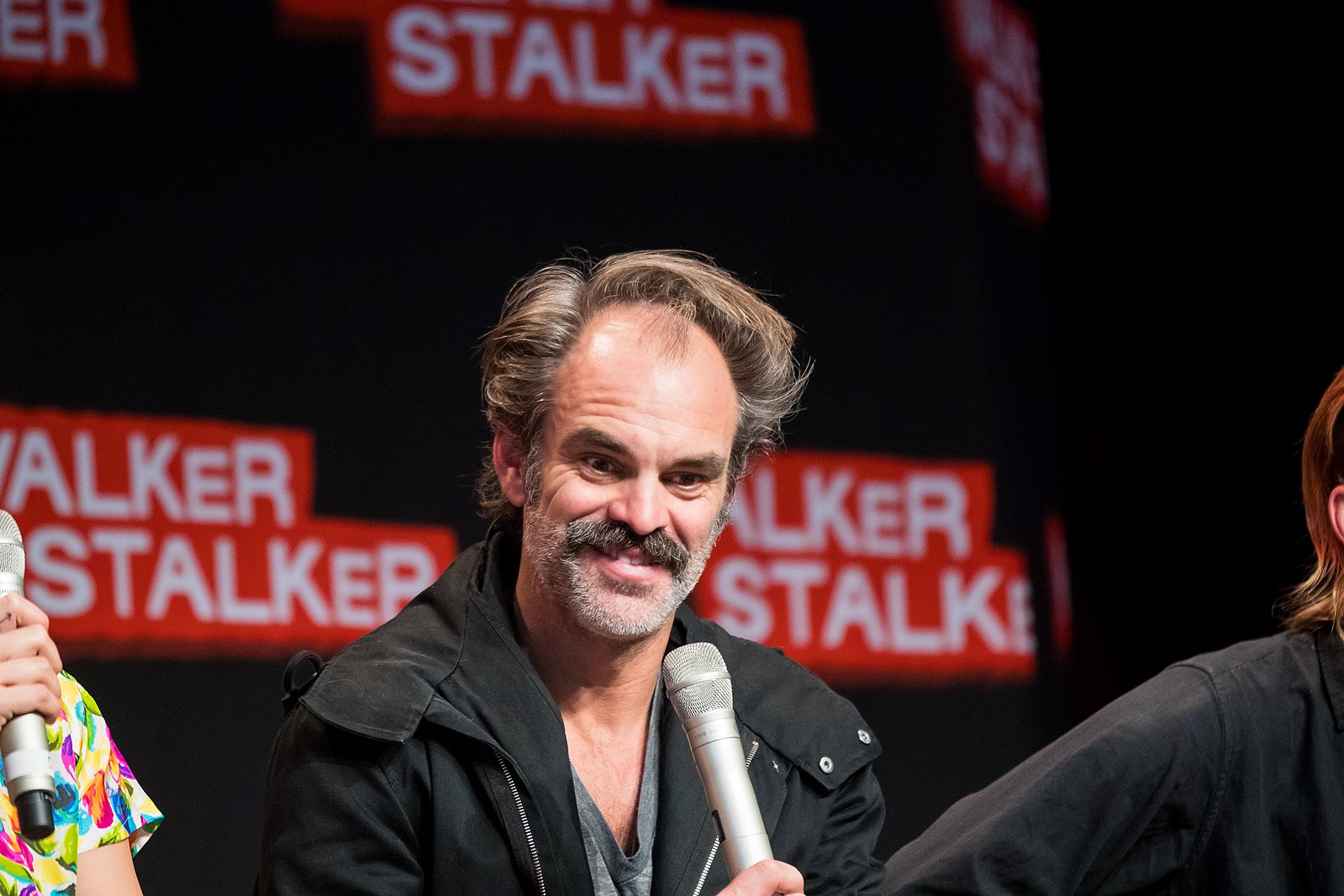 If there’s ever an actor that makes you say ‘Hey, I’ve seen that guy before,’ it’s Calgary actor Steven Ogg. He may not be a household name, but Ogg possesses a distinguishable look and palpable charisma that leaves an impression, so even if you might not remember where it is you’ve seen him, he nonetheless exudes a recognisable brand of showmanship that makes him stand out from most other actors.

Much like Michael Mando, who I covered last week as part of my ‘Rise of’ series, where I draw attention to the up-and-coming Canadian actors worth looking out for, Ogg made his first indelible impression on the world in a video game of all things, playing Trevor Philips in 2013’s Grand Theft Auto V.

The Grand Theft Auto (or GTA) series is not only one of the best known franchises in the world of video gaming, but its eleventh instalment GTA V is one of the most successful entertainment products in history, grossing an estimated $6 billion U.S. worldwide, $1 billion of which was made in the first three days of its release.

That’s quite a bit of exposure for an actor like Ogg, who had been acting on and off since 2000, only managing to land small roles in low budget films and once-off appearances in TV shows like Law & Order and Third Watch. What makes Ogg’s role as Trevor all the more significant, though, is that he didn’t just do the voice acting and motion capture for the character, but his likeness was also used. The character very much evolved subsequent to Ogg’s casting, even going so far as to make Trevor a Canadian citizen just like Ogg, which is a bit of a touchy subject to the unstable Trevor and not just some throwaway fact.

Ogg’s performance in GTA V was the undeniable standout amidst a brilliant leading cast, garnering significant acclaim with Trevor being named by some as one of the greatest characters in the franchise’s history, and indeed video gaming as a whole. Due to Trevor’s extremely volatile nature and heinous actions, the character drew as much controversy as he did praise, which, as is usually the case, only served to further bolster the character’s popularity and Ogg’s résumé. Ogg has even commented on the unprecedented success of his role in GTA V, telling the Calgary Herald “I still get a lot of people at the Walker Stalker conventions that are GTA, Trevor Phillips fans, which boggles my mind….I’m like: ‘Isn’t that four or five years old? Don’t people move on from these things?’” Apparently not, although a memorable performance such as his is bound to stick in the mind.

After establishing himself on a global scale, Ogg started landing more prominent and consistent roles. He was still doing single episode parts in popular TV shows like Person of Interest, Broad City, and the Canadian show Murdoch Mysteries, as well as a brief but memorable appearance in the Breaking Bad spinoff Better Call Saul in 2015, reprising the role in the latest season released this year.

Ogg’s next big breaks came in 2016 when he landed recurring roles in Westworld and The Walking Dead, both of which he was a part of until 2018. The latter role in particular proved pivotal for the actor, as at the time The Walking Dead was (and arguably still is) one of the most popular TV shows in the world.

In the show Ogg portrayed Simon, the sadistic right-hand man of then series big-bad Negan, which allowed the actor to play to the strengths he had previously shown in his role as Trevor, whereby the character has deep sociopathic tendencies but he still manages to make him relatable through sheer charisma. Ogg’s performance made him a character the audiences loved to hate, while the handlebar moustache he sported became a defining feature of the character, making Ogg distinctly recognisable in the process. So much so, in fact, that when appearing on Talking Dead after his character’s exit from the show, the audience voted that he keep his character’s trademark facial hair, though he ultimately opted to have it shaved onstage instead.

Things have only gotten better for Ogg from there, who has capitalised on his increased exposure and open schedule in 2019 by appearing in the second season of the short-lived by well-received TV adaptation of The Tick, in addition to landing a leading role in Ani Simon-Kennedy’s drama film The Short History of the Long Road. This lead role marks a noticeably significant shift for the actor, with Ogg himself acknowledging in the same Calgary Herald piece his tendency towards playing characters with “unpredictable craziness,” but noted that “if you’re an actor, you want to do different things….[The Short History of the Long Road’s] not about facial hair. It’s not about craziness…. It’s someone who is doing his best to be a father to his only child as they are living in a van.”

Nonetheless, Ogg won’t be straying too far from his TV roots, as he is part of the cast for the upcoming TV adaptation of 2013’s Snowpiercer, which was directed by recent Oscar-winner Bong Joon-ho. While he will have a recurring role in the first season, it has been reported that he will become part of the main cast in the following season. In keeping with recent attempts at portraying characters that challenge his usual roles of sociopaths and antagonists, he is set to play a more heroic role in Snowpiercer that I have little doubt will further display Ogg’s range as an actor. If that’s the case, it will surely land him more prestigious roles in due time and prove that Steven Ogg is anything but a one-trick pony.