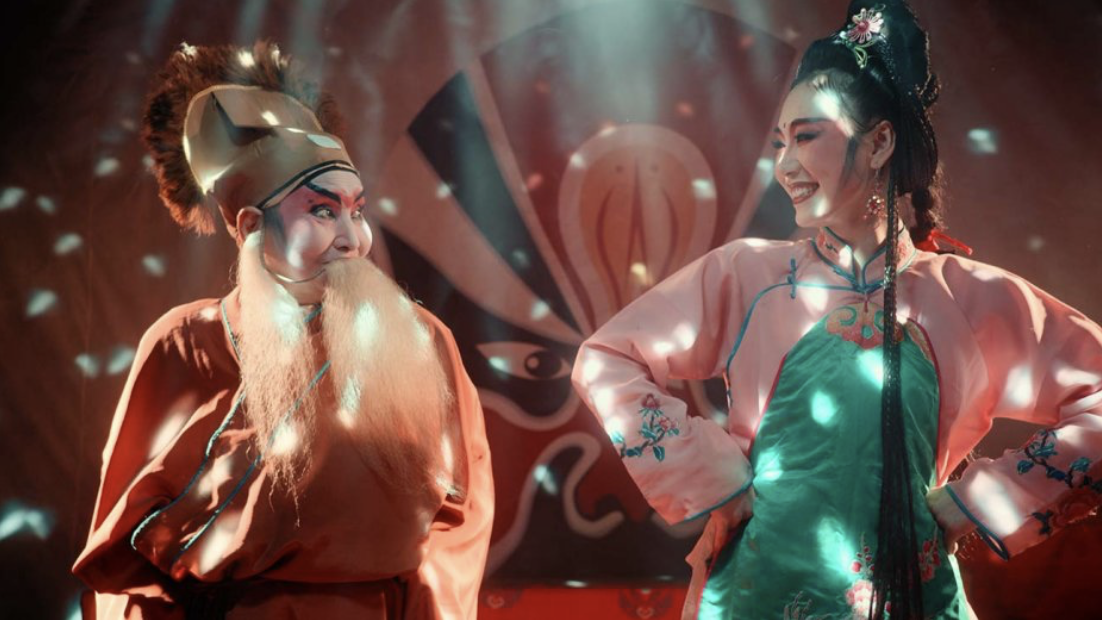 It’s no surprise to anyone in the creative arts how precious performing and exhibition space can be. As real estate booms and condos grow, it can become increasingly hard for small performing arts companies to showcase their art to the people as the small nooks and crannies gradually disappear in a sea of sky-high rents or wrecking balls. This is especially evident in Vancouver where I live which is likely why Chinese-Canadian director Johnny Ma’s latest picture To Live to Sing left me moved to tears.

For generations, the Jinli Opera Troupe have plied their craft for audiences in the Sichuan Province. Unfortunately that audience is dwindling due to old age and flashier arts like “mask changing” keeping the young folks amused in the modern entertainment districts. Troupe leader Zhao Li (Xiaoli Zhao) sees the writing on the wall as building after building in the troupe’s aging neighbourhood falls victim to encroaching development.

When a demolition notice arrives on their doorstep, Li takes her fight to city hall where she runs  into the expected bureaucratic quagmire. Hope appears at the end of the tunnel however when she is advised to put on a show for the chief of culture to show what the troupe can really do. But with the company’s star and adoptive daughter Dan Dan (Guidan Gan) looking for greener pastures, Li has her work cut out for her as she whips the show into shape for what might be their best and possibly last performance.

The film almost lost me with an unnecessarily long and drawn out intro, but quickly captured my heart once the plot kicked in. Director Ma has plenty to say here about how how little the arts can be valued in a society which craves the shiny and new. The film even forces us to confront our own unconscious dismissal of the troupe’s aging audience during a scene where one of the patrons expresses absolute heartbreak at them being forced to disband. Where will he and other senior citizens gather now? Internet streaming just isn’t the same or even an option for many.

The cast evidently play semi-fictionalized versions of themselves here so it’s little surprise that they come off as magnificently true-to-form as they do. Xiaoli Zhao absolutely shines here as the troupe’s beleaguered matriarch. From her battles with city hall to her struggles with keeping the often unwieldy troupe together, she helps Ma wring ever drop of drama from this scenario.

The message of To Live To Sing is hard to miss, but never hits you over the head and manages to be enchanting even through all the melancholy. It’s rather ironic that the COVID-19 virus is rapidly causing theatres everywhere to shutter as I write this review (this will likely have been the last film I see in the cinema for a while). But when the quarantines lift and we’re all allowed to mingle in public again, save some of that nightclub and multiplex money and go seek out some local theatre. You’ll be glad you did.

To Live To Sing was to formerly screen at the Vancity Theatre on Wednesday March 18 @ 6pm before being cancelled due to preventative measures around COVID-19. Support your local theatres when they re-open!