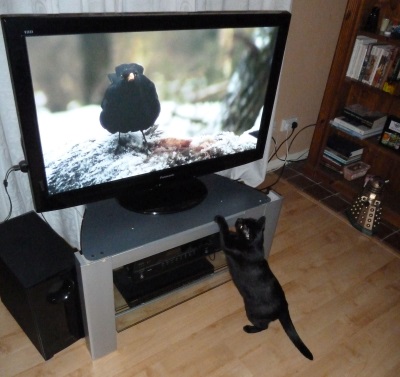 With the recent coronavirus pandemic happening throughout the world, there have been many upcoming films and TV shows that have been affected. There have been many films affected by the Covid-19 pandemic relating to Canada or Canadian actors, such as The Matrix 4 and Mulan, where releases or production has been postponed. But if you are stuck indoors during lockdown, there are many TV shows that you can still enjoy in the comfort of your own home.

If you have just finished watching a series and are looking for something engaging and thrilling to watch next, here is an unbeatable selection of classic programming. Grab yourself a snack and get ready for a binge-watch marathon starring some well-known Canadian actors.

Centred around two main characters, a MI6 operative and a dangerous assassin, Killing Eve is a must-watch thriller to check out right now. This TV show stars Jodie Comer as Russian killer Villanelle and Sandra Oh as British intelligence operative Eve Polastri. The show is a great subversion of the usual male-driven spy story lines that you often see. With many shocking twists, investigative action, and comedy, this show is a great one to binge-watch right now. Killing Eve only recently came back for a season three, so catch up quick to see more new episodes! One of the main actresses, Sandra Oh, was born in Nepean, Ontario and is also well-known for her role as Dr. Cristina Yang in the long-running popular TV show Grey’s Anatomy.

If you’re into supernatural dramas then The Vampire Diaries is a great TV show for you to watch right now. Featuring vampires, werewolves, witches, and much more, this is a great show to snuggle down to and watch during lockdown. The show centres around Elena Gilbert (Nina Dobrev) in her hometown of Mystic falls, where she soon becomes torn between two vampire brothers, Stefan and Damon Salvatore (Paul Wesley and Ian Somerhalder). Although main actress Nina was born in Bulgaria, she was raised in Toronto, Canada. This show throws you into a crazy world full of all sorts of monsters, and is addictive, fun to watch, and suspenseful. The complete TV show is available to watch on Netflix, where you can watch season 1 – 8 back to back!

Over the years there has been a sharp rise of binge-worthy TV shows that have been released and The Umbrella Academy is one of them. As of December 2019, The Umbrella Academy was one of the most watched shows on Netflix with over 45 million viewers. Originally released on Netflix, the show is based on the Dark Horse Comic comic book of the same name created by Gerard Way and Gabriel Bá. It explores a dysfunctional family with adopted superhero siblings who reunite after the death of their father to solve the mystery of the impending apocalypse. Vanya Hargreeves (Ellen Page), the meek violinist, is the only one lacking the gift of supernatural powers, an inability that alienates her from the rest. Ellen Page is a Canadian actress born in Halifax, Nova Scotia and is also known for her film roles in Juno and Inception. If you’re looking for a fun comic book TV show that isn’t related to Marvel or DC, then The Umbrella Academy is a great show for you to watch.

If you are a big fan of science fiction, then this is an original TV series you cannot miss. Led by Captain James T. Kirk, the crew of the U.S.S Enterprise explores the galaxy and defends the United Federation of Planets. The original 1966-69 series starred many great actors including William Shatner as Captain Kirk and Leonard Nimoy as Mr. Spock. William Shatner was born in Montreal, Quebec in 1931 and has won a Golden Globe later in his career for his supporting role in TV series Boston Legal. With around eighty episodes in the original Star Trek series, you can sit all day and binge-watch some great episodes. However, if you want to explore more of the wider Star Trek universe, beyond the original series, there are plenty more things you can watch as there are over thirteen movies and a lot of related TV shows based in the same universe!

This is a must-watch crime-comedy drama. It focuses on Richard Castle (Nathan Fillion), a mystery writer who gets involved with the investigation of real-life murders. His investigative work kicks in soon after he finds out that a copycat killer has staged murder based on his novels. With 173 episodes, this TV show will certainly keep you busy on a binge-watch session! Canadian-American actor Nathan Fillion, born in Edmonton, Alberta, has also starred in many other TV shows throughout his career such as Firefly, Buffy the Vampire Slayer, and The Rookie. Running from 2009-2016, Castle is an interesting show to watch if you love comedy crime dramas. Rated 8.1/10 on IMDb, all eight seasons of this show will keep you entertained for a long time.

Created by David Crane and Marta Kauffman in the 90s, to-date, this comic American sitcom TV series remains a signature show in binge-watching. Set in Manhattan, the show centers around the personal and professional lives of six friends in their twenties. Over the seasons, audiences get to see the ups and downs of the friends’ lives as they go on dates, get new jobs, have children, go through many breakups, and get married etc. Throughout its run, it received many nominations for Golden Globes and Primetime Emmy awards and won a few too. In 2003, Jennifer Aniston won a Golden Globe award for her performance as Rachel Green. Matthew Perry (raised in Ottawa, Ontario) was also nominated for a Primetime Emmy award for his role as Chandler Bing. Do you want to discover whether Ross and Rachel really were on a break? Or do you just want to watch great comedy episodes back to back? Then Friends is one classic 90s show for you to check out this year.