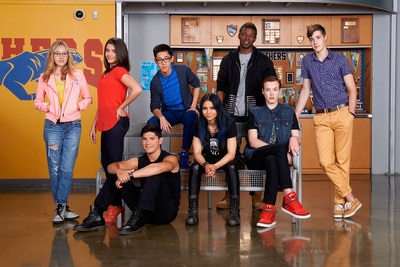 (Via CNW)The world of Canadian TV has been busy and plans to be for awhile to come.

First, the franchise viewers can’t live without is not going away. Reassuring fans that Degrassi as they know it is alive and well, DHX Media’s Epitome Pictures will create 20 x 30-minute episodes of a new series, Degrassi: Next Class, for Family Channel. What’s more, another  deal will take the show to Netflix (though not initially in Canada) in early 2016.

The Much Music Video Awards (MMVA), aka “Much’s street party” just got bigger. They’ve confirmed as of today that a roster of A-list presenters, and an additional performer, Walk Off The Earth, will be there. You can see the full list here.

Corus Entertainment’s Nelvana announces a new original kids’ action series — for girls. Mysticons is set to premier in 2017. The title characters, four girls from different walks of life, from princess to street kid,  are brought together to save the world by transforming into warriors with magical weapons and abilities. Nelvana is partnering with Nickelodeon, the Topps Company and Playmates Toys on the animated series.

And yes, Martin Sheen will play Matthew Cuthbert in the upcoming TV movie Lucy Maud Montgomery’s Anne of Green Gables, Breakthrough Entertainment has announced. Maybe it’s not such a long way from the West Wing to P.E.I.