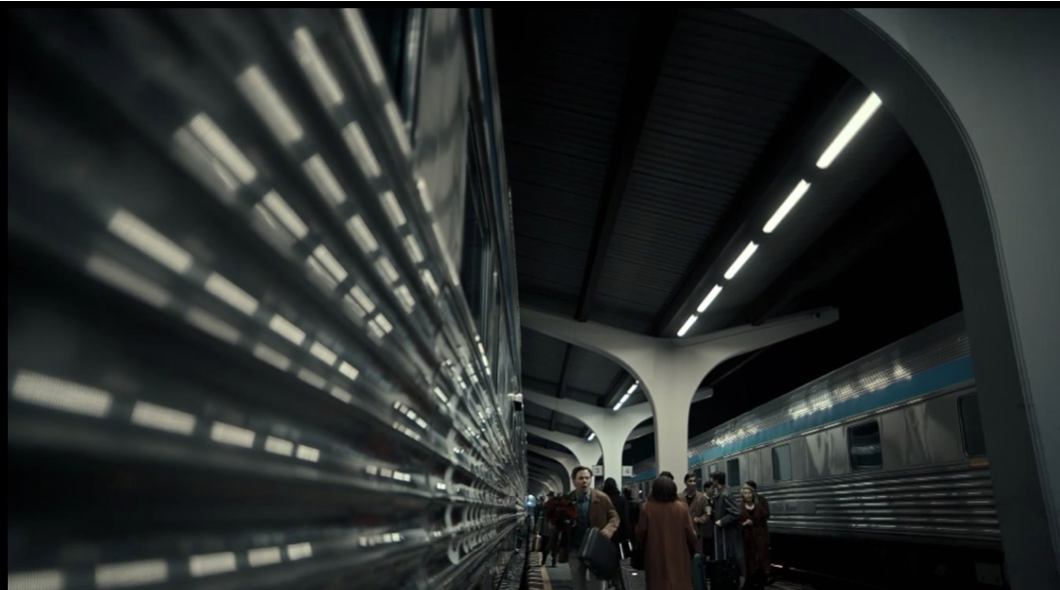 As usual, whomever can find me in the frame wins a special no-prize.

“I wonder if I’ll make tenure?” I quipped to my fellow background performer as we examined our newly fitted costumes in a full-length mirror. My comment referred to the fact that I very much resembled the image of a mid-century ivy-league professor, complete with tweed coat and sweater vest. The lady opposite me wouldn’t have looked out of place alongside a post-war Jackie Kennedy complete with heels and pillbox hat. We were both being fitted for costumes at the North Shore studios nearly a full month before entering the fifth dimension, more commonly referred to as The Twilight Zone.

Jordan Peele had recently rebooted the series for the FOURTH time and the effort had been successful enough to warrant a second season. Although ostensibly set in the present day, the show sported a retro aesthetic, hence the period costumes. In keeping with this theme, the episode in which we were appearing, the 2nd season premiere “Meet in the Middle”, was to partially take place in a grand old train station. In this instance, the Pacific Central station just off of Vancouver’s Main street. 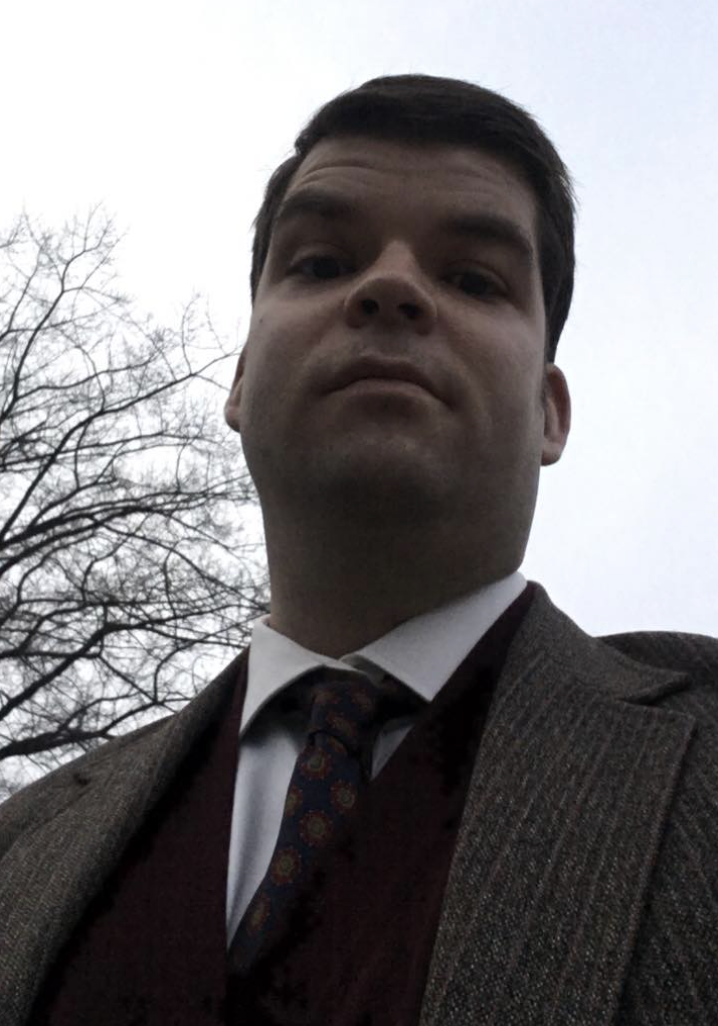 I now had the Rod Serling look if not the voice

Shooting took place nearly a month after the costume fitting on January 8th, 2020. It was chilly overcast day in the lower mainland and the heaters in the BG holding area only succeeded in making the temperature lukewarm at best. We had been called in for late afternoon, but held for what seemed like hours (hair, makeup and costume all took less than an hour). Sometime after sunset, we were finally moved to…another holding room.

As is customary for background performers, we aren’t given a script or any real context of what’s going on in our scene until moments before shooting. As we settled in the new holding area, our coordinator announced that our scene as railway passengers would involve us having to “freeze” in place. Some kind of time warp would leave the background frozen in time while the actor and camera moved throughout the scene.

The coordinator had us practice walking in a random circuit around the room and freezing on cue. I figured this would prove to be quite the challenge given the cold temperatures and the general difficulty and standing still in mid-step. Just as we were getting the hang of it, the coordinator let out a chuckle and said “Just kidding guys, had to kill some time”. What a wise guy!

After what had seemed the equivalent of a full work day, we were finally moved to the platform in the rear of the station where two lines of Via Rail cars stood idle. After we were positioned, I finally spotted the episode’s lead actor, Jimmi Simpson who I recognized as Liam McPoyle from my favourite sitcom It’s Always Sunny in Philadelphia. Unusually, I was positioned close enough to catch is eye where he smiled and gave a nod as if to say “let’s make this scene shine!”.

Upon “Action!” being called, I launched into my best mute conversation with my fellow bg performer as we casually strolled down the platform. Jimmi himself was in more of a hurry, practically sprinting down the pavement while grasping luggage and a flower bouquet. I figured at the time he was late for a date. I would later learn upon viewing the episode that the cause of his haste had a more life-or-death motivation behind it (no spoilers!).

After approximately 6-7 takes, the director was satisfied and that was a wrap. After nearly 8 hours of cooling our heels, we had done maybe half an hour of actual work before our services were no longer required. Hey, it’s their money and that’s show biz.

The Twilight Zone would prove to be my final background gig as of this writing. The COVID-19 pandemic would descend like a dark curtain and virtually snuffed out the entire film industry for at least three months. I would continue my writing and eventually my work in film editorial, but my background work has for the moment, come to an end. My being dropped by my agency over lack of availability updates seems to be the final nail in the coffin, at least for now.

One one hand, background is easy money. You are literally human set decoration, placed where dictated by the needs of the scene and compensated by slightly-above minimum wage as well as free food. On the other hand, it can be rather thankless work. You’re not credited for your contribution and opportunities are rather sparse. I never managed to score enough gigs in a calendar year to qualify for the union. That being said, if you’re lucky, you might just get your chance to be immortalized on film forever as part of your favourite show. That’s why I’ve saved what turned out to be my favourite film background experience for last.

NEXT: A face in LOUDERMILK’s crowd