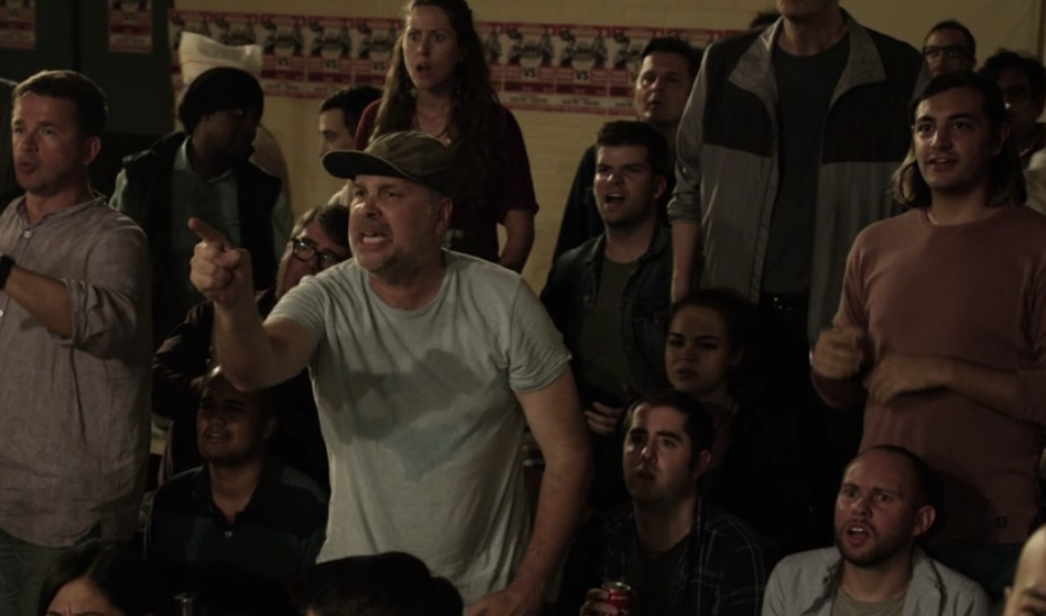 Probably my second most prominent show appearance after “Salvation”

There’s no real way to gauge the quality of a show when you’re a background performer. As human set decoration, you’re far removed from the actors, dialogue, and any real context of the scene you’re playing, never mind the overarching plot. I was marginally familiar with the sorta-sitcom Loudermilk, co-created by Bobby Mort and the Peter half of the Farrelly brothers. A friend of mine had even been an editor on the first season. It aired on the niche US cable channel Audience Network so virtually no one had heard of it, but whatever success it had managed to attract was enough for a second season of 10 episodes which were shot over 40 days in the summer of 2018.

The call sheet called for about 50 “Boxing Fans” to assemble at the gym of Nootka Elementary School in East Vancouver which I would later learn was doubling for a Seattle-based catholic church. Although shot in early August, the episode would be set in the fall and we were asked to dress accordingly. I therefore donned my best Canadian tuxedo which passed the muster of the wardrobe department, but turned out to be an uncomfortable challenge as nearly 100 warm bodies of cast and crew in an un-air conditioned space can raise the mercury a few degrees.

Our directions were pretty simple; a mix of cheers, jeers and outright boo-ing when called upon. While I was positioned a couple rows behind the show’s main cast, Ron Livingston as the eponymous recovering-alcoholic Sam Loudermilk and Vancouver’s own Will Sasso as Sam’s buddy Ben Burns, I was too far away to hear any dialogue. No matter. The scene in the boxing ring was intriguing enough.

The scene consisted of the loose-lipped Tony (Jackie Flynn) going up against the much-shorter little person David (Nic Novicki) in a clearly-uneven match. Tony spends most of the match awkwardly-stooped, as if to imitate the stature of a little person with an unusually long torso. The ruse is broken when he stands completely erect when declared the winner and all hell breaks loose at his deception. David and his team attack while the audience boo and throw whatever snacks are at hand. It was a puzzling scene to witness that didn’t make much more sense when I finally saw it in context over a year later. 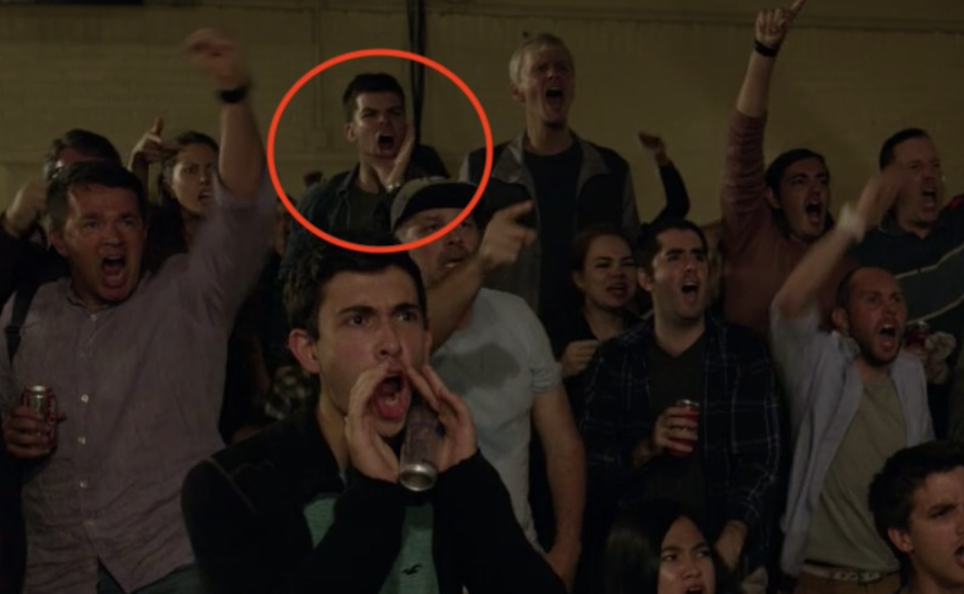 Aside from losing a pound or two from pure sweat through the course of the shoot, there’s not a whole lot to tell behind the scenes. This particular episode, “Saturday Night’s Alright for Fighting”, was directed by the Bobby half of the Farellys who like most directors, touched base with the actors and DP before parking himself at video village, all while trying to make his day (getting all the planned shots/scenes for that day). His more recognizable brother Peter was also on the set likely getting his two cents in. My fellow backgrounders were the usual suspects of part-time bg and aspiring actors, some of whom I’d seen on sets before. At least one group was smart enough to bring their own comfortable lawn chairs to offset the holding room’s less-than-ergonomic benches. We wrapped for the day which by then had descended to night and that was that.

It has been some time since I’ve performed any background work. While I can partially thank the pandemic for the drought, the double whammy of my agency dropping me (a “glitch” apparently, but I suspect a very human-driven cull) and increased workload in other areas of my life leading me to close this chapter of my life.

Background performing is decent enough work if you can get it. I got to see the daily workings of a set that I’m usually far removed from as a post-production professional. I got to rub elbows (sometimes literally) with actors and directors of varying degrees of fame and in the end got paid and fed quite decently for what often amounted to only a couple hours at most of actual work. Perhaps I’ll appear on camera again one of these days, only this time as a notable cameo instead of just another face in the crowd.

Loudermilk can be streamed in Canada on Amazon Prime. Check it out. It’s a very solid show.