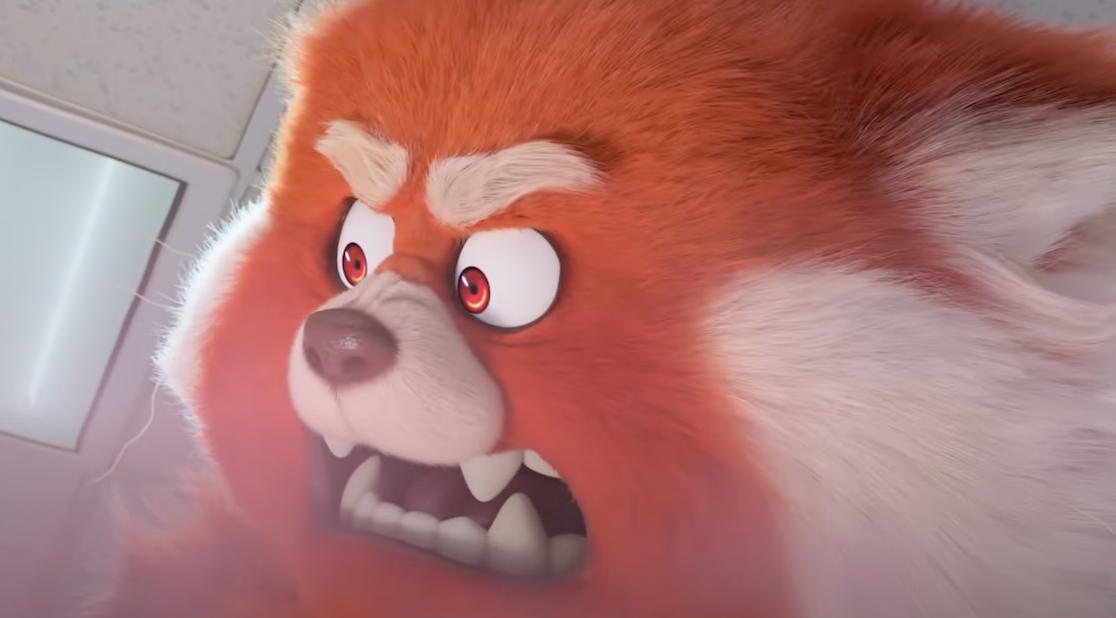 The win solidified Shi as one of Pixar’s – and, by extension, the animation industry’s – rising stars. While it has been known since November 2018 that Shi has been developing her first feature-length film for the Mouse House’s crowning jewel of animation (before she had even won the Oscar, speaking to their confidence in her talent), its title and plot details were not released until December 2020.

Pixar’s official page for Turning Red synopsis is as such:

“Mei Lee is a confident, dorky thirteen-year-old torn between staying her mother’s dutiful daughter and the chaos of adolescence. And as if changes to her interests, relationships, and body weren’t enough, whenever she gets too excited (which for a teenager is practically ALWAYS), she “poofs” into a giant red panda!

And the teaser trailer, released early last week, pretty much conveys just that, showcasing main character Mei’s strained relationship with her mother (played by another gifted Ontarian, Sandra Oh) and the movie’s central hook of her turning into a red Panda, all with the usual visual flare and family-friendly comedy expected of any Pixar feature. One thing that the plot description fails to highlight, but is on full display in the teaser, is another of Turning Red’s main characters: the city of Toronto.

Much like Bao, Shi has drawn a great deal of influence from her own upbringing by Chinese immigrants, with her hometown, the aforementioned Toronto, once again being the backdrop for her unique take on Asian-Canadian family dynamics, which also makes Turning Red the first Pixar feature-length film with an Asian central character.

Aside from another Oscar-winner, Ludwig Göransson, being named as the film’s composer last month, there is little else known about Turning Red, with Pixar, ever the subsidiary of Disney, remaining characteristically tight-lipped on all other aspects of the film. This is even down to the cast, with Sandra Oh and Rosalie Chang, who plays Mei, being the only two actors announced to the project thus far.

Regardless, Turning Red is already, in many ways, an unprecedented production for Pixar, and comes at a time when the Asian community needs representation more than ever!

Turning Red is currently slated for release on March 11, 2022.