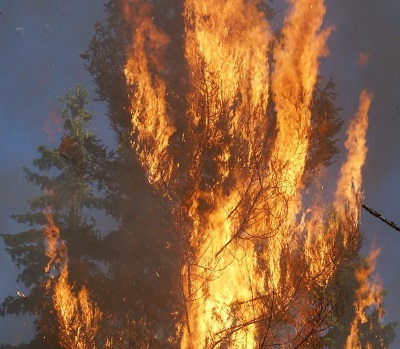 Playing with Fire is a documentary series about a crew of fire hunters doing what they do best, scoping out dangerous fires around forested areas and making sure nothing gets too damaged. Every episode is part of a different sequence where they travel to some spot in Canada where blazing wildfires are happening and  go out to deal with the fires. Based in Ontario, the teams often get called to other parts of the country to help.

In episode 10, the team goes to Yellowknife to bring a forest fire to a close. There have been raging forest fires in the dry weather for too long, which is causing problems with the atmosphere around the nearby city. The team goes through the whole day scoping out hot spots and eventually they get ready to set up for the next big blaze. Before they know it, a blaze comes up out of nowhere and they must evacuate as quickly as possible.

In Episode 11, some more reinforcements come to Yellowknife to fight the big blaze. After they get all the details of what’s going on, everyone sets up camp in a nearby site — away from bison, as they’re aggressive. They patrol the site, searching every area for fire, and try to make sure the place is safe by putting out small fires still left over from the blaze. Eventually they have to get some water to put out some fires that can form out of the dirt.

At first, the series doesn’t seem like much, but as the action picks up, things get more intense as the firefighters have to deal with fires out of nowhere. Once in a while, they joke around a bit, and you really get concerned when things start heating up.