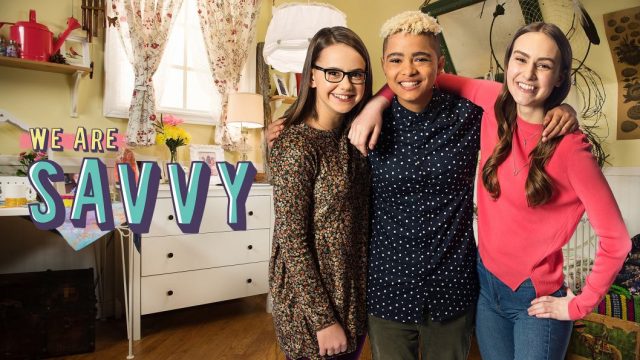 (Via CNW) Coming up this summer is pop culture series, We Are Savvy. Based off the YouTube series of the same name, the show stars Tehya Silbermann, Sarah Webber, and Spencer Barbosa, who despite having many different interests from each other, have similar interests in making a YouTube series. What happens in their online series turned TV show is a magazine style of broadcast as two friends hang out together while the third one goes around showing off events and locations that are the best places to check out. The show will also feature celebrity guest stars such as Tegan and Sara, Bailee Madison, Alessia Cara, Amy Seders, Luna Blaise, Jeanne Beker, Shane Harte, and so many more individuals in the industries of music, fashion, and other forms of entertainment.

The pilot episode will feature the girls Sarah and Tehya showing how to take cellphone pictures that actually look professional, while Spencer gets an opportunity to explore the Digi Playspace Exhibit at TIFF Bell Lightbox. They’ll also make pocket organizers from scratch, host a chat segment, and welcome some special guests, Lennon and Maisy from the TV series Nashville. After its premiere on Canada Day, the series will be airing every Friday and Family.ca will have a special page featured for the show that introduces the series and the hosts. It will also be available on We Are Savvy’s official Youtube channel as well as the FamilyChannel app and FamilyOnDemand.