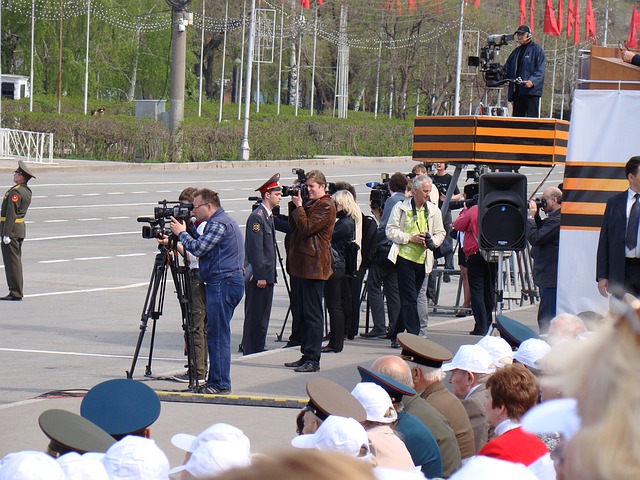 If you’re just breaking into the film industry and want to avoid some common myths in filmmaking, I’ve compiled a few to wet your whistle.

Starting with one of the oldest and more popular myths is the director yelling the words, “Lights, Camera, Action!” Thanks to the film legend D.W.Griffith, the phrase has stood the test of time. As the story goes, he was frustrated with wasting time getting his shot. He barked the orders to the lighting crew so they would light the actors, then the camera operator to start capturing, followed by “action” to get the scene moving.

In reality, it’s very different. The first protocol is to yell “roll sound” then wait for your soundman/boom operator to yell back “rolling sound”. The director will then yell “set frame” and wait for the camera operator to reply back “frame set”. The first or second camera operator will then “mark the sticks”, meaning they will hold the slate with shot information written on it. Finally “Action!” is called.

There are also other less known terms, such as, “the martini shot” last shot of the day.

Another myth, “I went to film school, so I’m qualified to for any position.” Going to film school will teach you how to make a good film but you still need a lot of experience in each position. On an MOW, you’ll likely be a PA. Some graduates of film school do get lucky enough to find work in the editing department.

“Better gear, better story.” Absolutely not true. If it’s a powerful story, it will still be a powerful story. The audience won’t care what it’s shot on. Good storytelling is about how you make them feel.

“Making a film is expensive.” Don’t listen to this one. If you have a video camera and friends, you can make a film. If there’s a piece of equipment you need, you can rent it. With the abundance of camera stores and gear rental shops, it’s easy to find something within your budget. Tell your story and get it out there.

“You can fix it in post production.” If only it were possible … but you can’t fix a broken story in post. Know your story inside and out. Live in the details, know your characters as they live and breathe. Preproduction is still preproduction until the camera starts rolling.

“You can make it by yourself.” No you can’t. Filmmaking is a collaborative effort. It’s designed to be the product of many creative minds merging together and making magic.

“You don’t have a story to tell.” Everyone is unique in their own way. We all have a story. If you need a new experience, grab your camera and go dig up a story.

“There’s just too much to learn.” There is a lot to learn, but what you don’t know you can research,  and you can hire others with skills in the areas you lack. You can learn from them. Great filmmakers never stop learning.

“Royalty free music is too expensive.” This may have been true in the past, but it’s no longer the case; there are now a plethora of sites offering royalty free music for film projects. We recommend Artlist, due to its extensive library and license that covers every use case. You can also get started with 2 months free music from Artlist here.